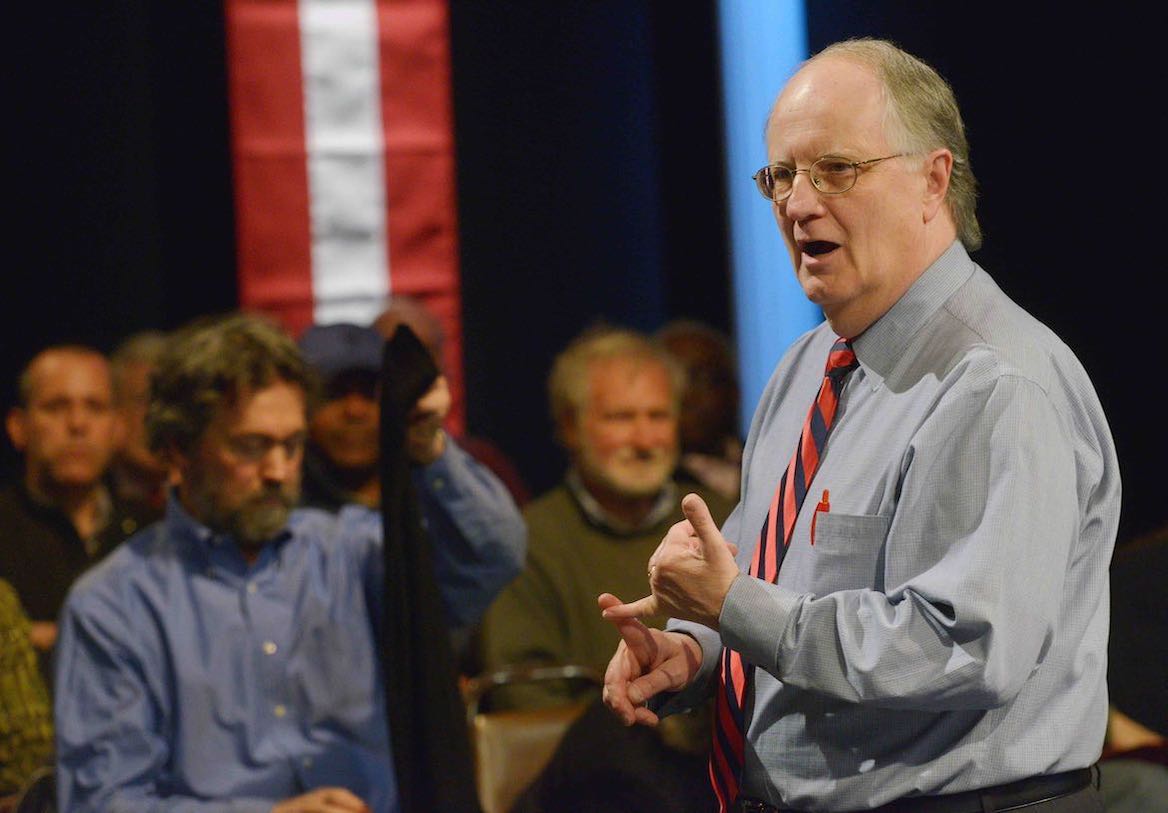 WGBY in Springfield, Mass., has launched a fundraising campaign to strengthen its public-affairs programming and expand internships for local journalism students.

The Jim Madigan Fund honors the legacy of the journalist who produced and hosted WGBY’s news and public-affairs coverage for nearly 27 years. The station created a journalism fellowship program last year; the fund will back efforts to build on that, as well as plans to produce more public affairs programs.

One goal of the internships is to train young journalists in the standards that Madigan applied to his work, said Geoffrey Oldmixon, director of marketing at WGBY.

“I hear from people all the time that he was like the Walter Cronkite of our region,” Oldmixon said. “He kind of embodied this respectable journalist that you could trust to carry your story in a fair way.”

The station unveiled the public phase of the campaign last month. It aims to raise $50,000 by the end of its fiscal year in June.

During his long career with WGBY, Madigan produced and moderated political debates of local candidates and hosted Connecting Point, a regional news show that debuted in 2013. He also produced the weekly show’s feature political segment, “The State We’re In.”

Madigan’s coverage won two regional Emmys for WGBY from the Boston/New England chapter of the National Academy of Television Arts and Sciences. The chapter also honored his career achievements by inducting him into its Silver Circle.

Before joining WGBY, Madigan was a senior producer of public affairs at WGGB, the local ABC affiliate, where he’d also worked as a general assignment and political reporter. He pursued a career in public media because he wanted to go deeper with stories, according to Lynn Page, deputy GM of WGBY.

Madigan’s family has worked closely with the station’s staff to develop the fund and plan the campaign, said Daisy Pereira-Tosado, WGBY development director. In addition to weighing in on decisions about activities the fund will support, the family has helped identify, cultivate and thank donors.

“We want to be able to have the built-in resources to reach out to the community and talk about the things that are affecting their lives,” Page said. For example, WGBY plans to produce more televised town halls, a local production that usually requires hiring more staff, Page said.

WGBY is also looking to open new paths for aspiring journalists. It continues to offer unpaid, production-oriented internships to college students who earn academic credit and wants to build on the journalism program that launched last summer. The paid fellowships provide training and experience in production of Connecting Point. The fellowship is open to college students through a consortium of colleges in western Massachusetts and is now in its third round of fellows.

The fellows learn about ethical standards of public media journalism through the hands-on experience of working on Connecting Point, Oldmixon said.

“We want to take these younger journalists and build their careers, let them see what a responsible public affairs department does,” Page said. “We created this fund to give us an opportunity to mentor and train other people in Jim’s footsteps.”

The number of fellowships offered each season has been limited by funding, according to Oldmixon. Plans to expand the program call for bringing on more students and possibly recruiting from colleges outside of the consortium, Page said.

WGBY is also working on a three-year plan to expand Connecting Point, Page said, though the Jim Madigan Fund won’t directly support that initiative. Last year, Connecting Point began producing weeknightly episodes, expanding from three episodes a week. It’s currently hosted by Carrie Saldo, who worked with Madigan and was a “natural fit” to succeed him after he retired, Page said.

Since the quiet phase of the campaign, which started in December, 39 donors have contributed more than $17,000 at the time of publication, according to Pereira-Tosado. When WGBY went public with the fundraiser in late January, it began soliciting donations through on-air spots, social media, events and messages sent to its members, according to Oldmixon.

WGBY expects 60 percent of donations to the fund will come from viewers, according to Pereira-Tosado. Donors will include those who were fans of Madigan’s work and people who want to support “ethical, responsible, reliable journalism,” Oldmixon said.

“[The Jim Madigan Fund is] really geared toward Jim’s legacy in the region, but also what public media journalism is and how that might be differentiated from commercial media,” Oldmixon said. “We are an important news source for a lot of people, and this is an important opportunity to continue that.”

After the fundraising campaign concludes in June, WGBY’s board will decide to continue or end the temporarily restricted fund, according to Pereira-Tosado.