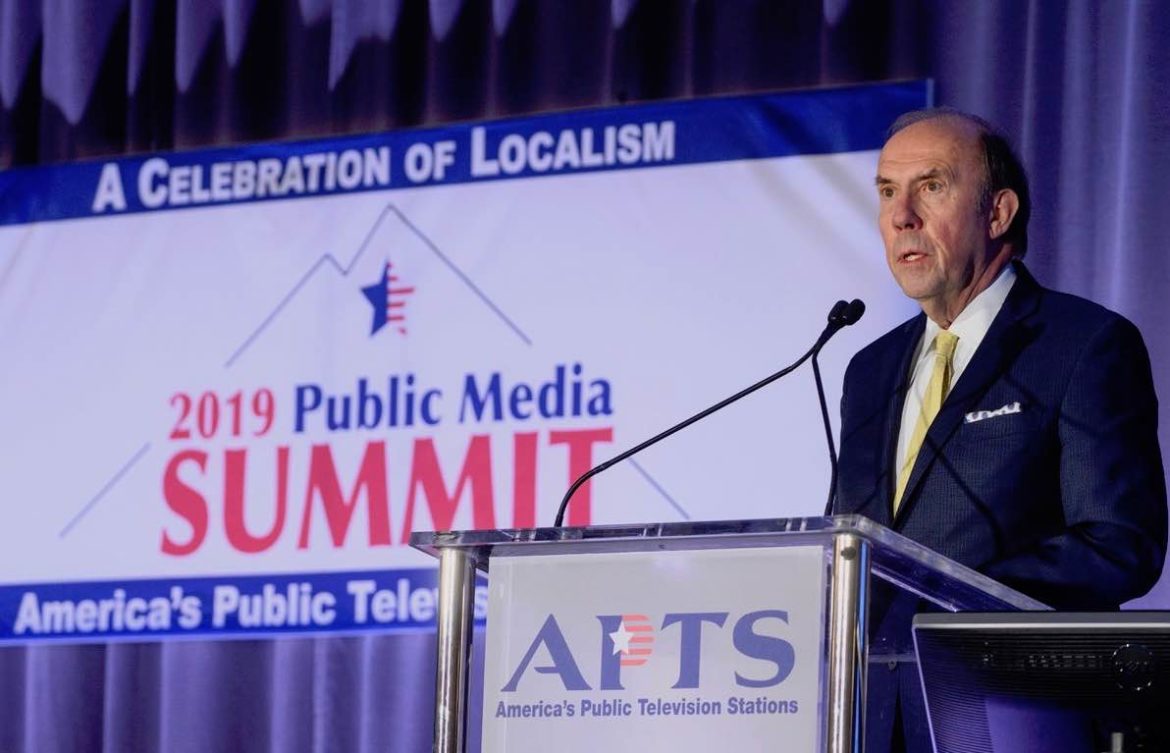 Butler also revealed that APTS is exploring several partnerships for local public broadcasters to earn money by allocating their excess spectrum to companies such as Netflix. With public broadcasters’ “one-to-many transmission capabilities, we could be the ideal last-mile partner” to deliver digital signals for streaming clients, he said. Such deals could generate up to $100 million for the system, Butler said, although it could take several years for all stations to adopt the necessary ATSC 3.0 standard.

However, “our most immediate challenge — our work this week — is to make the case on Capitol Hill for a substantial increase in our federal funding,” Butler told the record crowd of 312 participants from 80 stations. Summit attendees will meet with their congressional delegations Wednesday.

“We have been advised both by senior Democrats and Republicans that this is a reasonable request, given the loss of $50 million in purchasing power we have sustained during 10 years of level funding,” Butler said. “But that’s not our case.”

Butler said DeLauro has instead suggested “that we make a very specific, very local appeal for what this additional investment would mean to America’s communities.” He advised participants to focus on questions including: How many more students could we teach? How much more could we do to inform our fellow citizens about their country, in all its hometown diversity?  How many more lives could we save?

“We are about to discover just how powerful a force localism is in the councils of our national government,” Butler said, touching on the theme of this year’s summit, “A Celebration of Localism.”

Butler said President Trump “will almost certainly recommend the elimination of our funding” in his budget proposal to Congress, expected next month. The president previously proposed drastic reductions to CPB’s forward-funded appropriations  for FY20 and FY21, along with recommendations that the corporation shut itself down. In each case, Congress granted CPB level funding of $445 million and Trump signed those budgets.

“So we are called again to fight the good fight, not only for ourselves but for all the people we serve in our missions of education, public safety and civic leadership,” Butler said.

Butler also pitched attendees on APTS’ ambitious plan for the next 10 years, which he said could fuel “our most transformative period since the founding of public television itself.”

In addition to a potential deal with Netflix, APTS hopes to partner with connected-car manufacturers to send software updates, navigation information and streaming video. Butler also sees revenue opportunities in “Internet of Things” applications such as smart parking meters, thermostats, congestion sensors and other technologies that will require “massive data streaming and continuous software updates that we can send through our spectrum.”

The APTS Board already approved a “modest increase in membership dues” to raise  $300,000 for the work, Butler said.

One thought on “Next CPB funding request will grow by $50 million, Butler tells APTS Summit”