2018 has been a tough year for Larry Josephson. 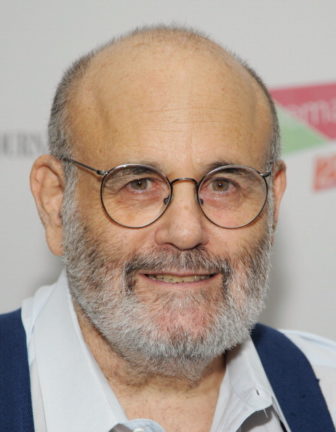 The 79 year-old public radio legend took a bad fall in January and fractured a vertebra. After spinal fusion surgery, he spent two months at a rehab facility. But “Larry the J.,” as close associates refer to him, is back in his Manhattan apartment, which includes a first-rate recording studio he operates through his nonprofit, The Radio Foundation.

His mobility is limited, so Josephson moves around his apartment via a couple dozen grab bars that his building superintendent attached to every conceivable surface. He also installed grab bars to a pair of stereo speakers in Josephson’s bedroom.

When asked how he’s doing, the sage of independent producers, responded, “I hope to die at my desk trying to figure out why ProTools crashed.”

Josephson’s death is not imminent, but he isn’t able to work full days. His financial health is precarious enough for friends and family to start a GoFundMe campaign to raise $40,000. The funds would help cover costs of more frequent treatments by his home health care attendant, whom Josephson is paying out of pocket. Contributors so far include NPR host Susan Stamberg, retired All Things Considered producer Jonathan Baer and John Diliberto, the host of PRI’s music program Echoes. Two former colleagues from Pacifica’s New York City station WBAI, where Josephson first earned fame as the curmudgeonly host of a freeform morning show, each sent $1,000. (Disclosure: I have donated to the campaign.)

As an independent producer, Josephson created nationally-distributed radio talk shows. A founding member of the Association of Independents in Radio, Josephson also taught radio production and organized the Airlie Seminars on the art of radio.

A Dec. 11 email alerted 150 friends and public radio colleagues to the GoFundMe campaign. Marty Goldensohn, a veteran of WNYC, Marketplace and WBAI, launched the fundraiser with Josephson’s daughter Jennie. “Larry needs us to see him through this hard period so he can continue to serve the creative community and make radio programs and podcasts,” Goldensohn wrote in the email.

“I’ve always been very independent and very self-reliant. And now because I’m ill, I can’t do it.” — Larry Josephson

“It’s embarrassing to have to do this,” Josephson said of the GoFundMe campaign. “I’ve always been very independent and very self-reliant. And now because I’m ill, I can’t do it. So I have to ask my friends for help so I can keep on working and … producing.”

Josephson has two new very personal podcasts in the works. One is An Inconvenient Jew, based on a monologue about his life and career that he performed at a Greenwich Village cafe in 2012. The other is Very Old Dad, a conversation about aging with his daughter Jennie, an independent podcast producer based in Los Angeles. Jennie Josephson said she plans to come to New York in early 2019 to record a pilot. A two-minute tease for the podcast is up on iTunes. 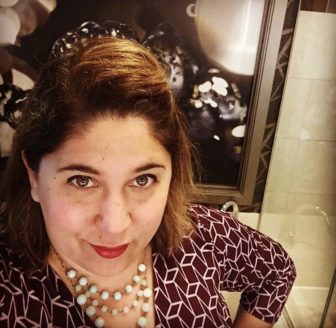 When it became apparent that Jennie Josephson would be spending more time in New York to help take care of her father, she left a job at Marketplace and started her own podcast production company, Infinite Gain.

“I realized that as my dad was getting older, I needed some kind of job that I could take in a backpack with me to New York when I had to,” she said.

Her father never had a retirement plan, she said, and added with a laugh: “I don’t know if you know this, but he’s a little stubborn.”

The man is certainly stubborn about the notion of retiring.

“I’ve got radio in my bones and I think that if I stopped working I would become a shell of a human being,” Josephson told Current.  “Someday, I may move to assisted living or a nursing home if I have a serious stroke or heart attack. But as long as I can function as a producer and as the manager of the Radio Foundation, I’m going to keep doing it.”

“To me, retirement is death.”

An earlier version of this story reported that Goldensohn produces the Serious Eats podcast at Josephson’s studio. The correct title is Special Sauce.