Gardella said in an email to staffers that “the board and I agree that the organization would benefit from appointing an interim executive director to steward the company during the transition to the next CEO.” 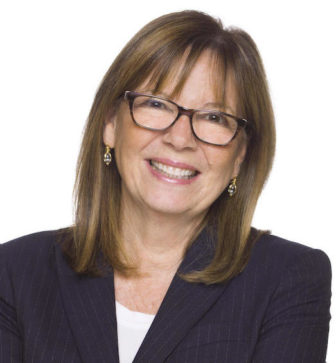 She said several recent professional accomplishments figured into her decision, along with “some personal inflection points — an upcoming significant birthday and my marriage last year to a husband who lives and works in Massachusetts.”

Gardella told staffers that she would work off-site until the end of the year.

Her departure follows an investigation that was announced to NHPR staff several months ago. In a May 29 email obtained by Current, NHPR Board Chair Marshall Rowe discussed an investigation “arising from issues that certain employees raised with me.”

An outside attorney interviewed employees and Gardella, Rowe said, and “fashioned a list of recommendations to address serious management, human resources and communication issues that were identified.”

The board also hired a consultant “to work through the identified issues,” Rowe said.

Rowe told NHPR employees in an email Monday that while the timing of Gardella’s announcement “feels sudden, this decision was one she’d been contemplating for some time and was not unexpected by the board.”

Rowe told Current Monday that the investigation uncovered “nothing connected to any activity other than normal management and internal communication capabilities — nothing else.”

The board also announced Monday that NHPR’s interim executive director is trustee Mark Kaplan. He was most recently CEO of Alpha Loft, an economic development nonprofit supporting entrepreneurs in the state.

Rowe praised Gardella for her achievements during her 13-year tenure, including expanding local reporting and successfully completing two major capital campaigns. One campaign supported a new broadcast center in 2009, and an “Innovation Campaign” completed in June exceeded its goal of $5 million.

Before joining NHPR, Gardella was project director for Think Global, American Public Media’s 2005 public radio collaboration; and EVP and COO of WNYC Radio. She was elected to the NPR Board in 2009.

This post has been updated with comments from NHPR Board Chair Marshall Rowe and news of the interim leader.

Corrections: An earlier version of this article referred to the investigation as “months-long.” Current has not confirmed the length of the investigation. Also, it incorrectly said that Gardella is on NPR’s board. She left the board in 2015.