Sesame Street producer Sesame Workshop tweeted Tuesday to clarify that the Muppets Bert and Ernie “do not have a sexual orientation.”

Please see our statement below regarding Bert and Ernie. pic.twitter.com/6r2j0XrKYu

The tweet came after Mark Saltzman, a writer for the show throughout the 1980s, told the online magazine Queerty that in his view, the characters were gay.

Saltzman, who worked for Sesame Workshop for nine years, said in the interview that he “always felt” that the puppets were “lovers” when he wrote them.

“I didn’t have any other way to contextualize them,” he said, adding that “more than one person” referred to him and his partner as “Bert & Ernie.”

This is not the first time Sesame Workshop has responded to comments about the Muppets’ sexual orientations. Reactions to a tweet by Bert in 2010 prompted the Workshop to clarify that it was “not consciously trying to appeal to gay viewers,” according to a Los Angeles Times article.

The felt duo was also the subject of a 2013 New Yorker cover referring to the Supreme Court’s 2013 decision on same-sex marriage. 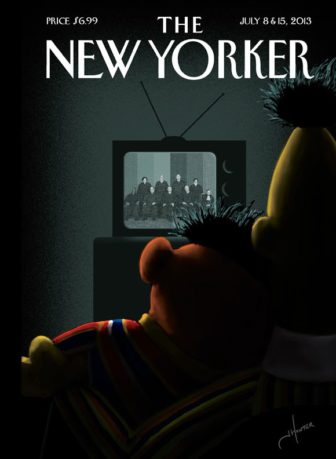