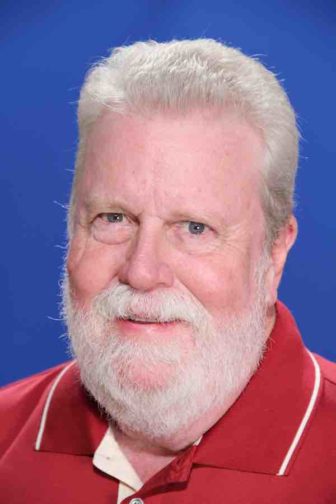 Keating first worked at the station from 1976-87, rising to lead the television programming and operations team. He returned in 1995 as GM and held that position until his retirement in 2015.

As GM, Keating led the team that developed and launched the Florida Channel, a 24/7 news service now carried by 12 public TV stations and other channels statewide. He was also instrumental in forming the National Civic Trust, a forum for state public affairs networks to share best practices.

He was an early supporter of the Digital Convergence Alliance, a joint master control service in Jacksonville, Fla. “His belief in and commitment to … the Digital Convergence Alliance that we created together was invaluable,” said Michael Boylan, former CEO of WJCT and leader of the alliance. “He persevered in making certain WFSU was a member and beneficiary of the service, and as such paved the way for other university licensees to join as well.”

Keating also supported development of the Tampa-based Programming Service for Public Television. “Pat was smart, that was a given, but what impressed me was his ability to apply common sense to complex issues,” said Mike Seymour, former president of the service.

Keating was born April 22, 1952, to James and Shirley Keating; they preceded him in death. He lived in New York City, New Orleans and Fort Lauderdale, Fla., before settling in Tallahassee after graduating from Florida State University in 1975.

He is survived by “an extended family of close friends and admiring colleagues,” according to his obituary, which added: “Those fortunate enough to have occupied space in Pat’s sphere are stronger, bolder, wiser and, in many cases, simply happier for having known him.”

Memorial donations may be made to WFSU.