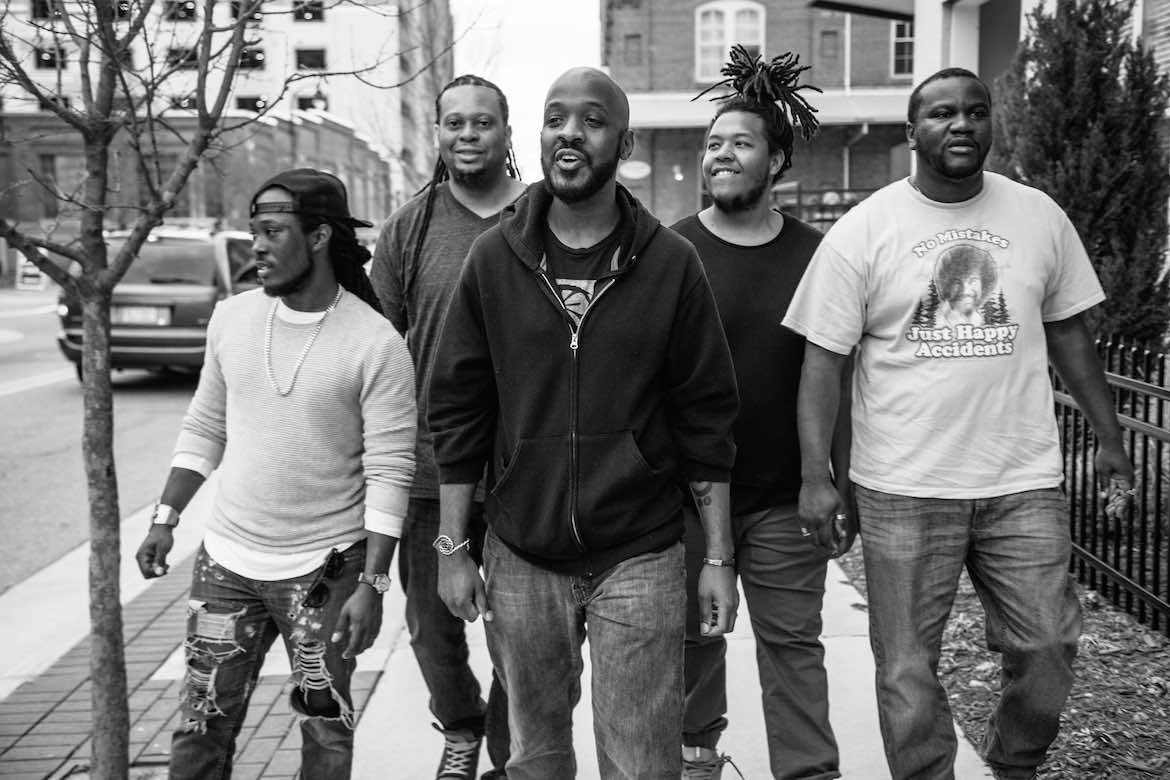 To some, public radio means journalism that serves the public. To others, it is a place where cultural expression is set free. But to Victor Moore, leader of the jazz-fusion group All-Nite Public Radio, it’s a hotbed of inspiration.

Based in Durham, N.C., Moore and his band play an eclectic blend of jazz, R&B, hip-hop, gospel and whatever else they may be feeling in the moment. The members bring over 200 years of collective experience and vastly different perspectives to the band.

Their name is a nod to that eclecticism. Listen to one of their gigs, and you may think you just turned the dial to your favorite public radio station.

Moore, who plays piano and composes the band’s music, talked with Current about public radio’s influence on the band, its future and its debut album, to be released by early next year. This transcript has been edited.

Current: How did the band form?

Victor Moore: The band came about because I have a group of friends that I have played with for years. We graduated from the jazz program at North Carolina Central University in Durham, and when we get out we would play different gigs. Sometimes it would be an R&B gig, and a lot of us played gospel music in church on Sundays. Sometimes it would be a funk gig. There were a lot of jazz gigs.  I’ve been writing songs for years [and] not doing anything with them, so I decided to put the band together.

When did the band form?

We formed in 2016, but a lot of us have been playing together for longer. A lot of us came out of North Carolina Central University, and we just kind of knew each other. Some of the other guys are younger than me, but the link is the university. We would go back and meet other musicians. A lot of the times you run into the same musicians in this area.

How did you decide on the name?

We called it All-Nite Public Radio because it is like public radio. You never know what you’ll hear on public radio. You can hear all different kinds of genres, whereas if you listen to a hip-hop station, for example, you’ll only hear hip-hop songs. We do so many different genres, but it is all still under the umbrella of black American music.

Is there any specific public radio station that influenced the band? Maybe one that you listen to frequently?

Well, I listen to WNCU, which is [North Carolina] Central’s radio station. During the week you only hear jazz, but on the weekends you can hear anything from reggae to blues to more R&B-sounding songs and gospel music on Sundays. I listen to WNCU at least twice a week. It depends on what kind of mood I am in. I may listen to it all week. And I let my children go to sleep with it on, it’s something I started, and they keep doing it. They cut the radio on to that station every night.

Who are your influences?

That is a wide range because of the different genres we play. When you think about jazz artists, I am influenced by Herbie Hancock, Dizzy Gillespie and Charlie Parker. Everybody says Charlie Parker, but it’s true. Then you go to R&B and it could be R. Kelly or it could be Al Green. There are also gospel artists like Kirk Franklin. There are just so many different people.

Almost as wide-ranging as your music.

Yeah, yeah. You hear that influence in the music.

What should people expect from your debut album?

What’s next for the band? What are you excited about going forward?

I’m excited about getting this album out and hopefully cutting the video and just having fun and going out and gigging, because we really haven’t been pushing gigs.