Gina Carter-Simmers, GM of WJSU-FM in Jackson, Miss., died Tuesday after battling breast cancer for nearly two years. She was 49. 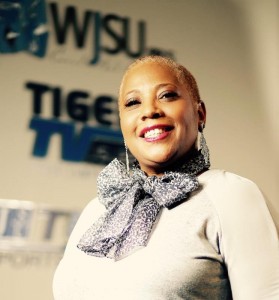 Carter-Simmers was active in public broadcasting for more than 20 years. She previously worked at WUAL-FM in Tuscaloosa, Ala.; KRWG in Las Cruces, N.M.; Public Broadcasting Atlanta, and Alabama Public Television. She had led WJSU since 2004.

She was also a producer and programmer. Her 15-part series, Profiles in Women’s History, was distributed nationally in 2016 by the African American Public Radio Consortium. Carter-Simmers was also a recognized figure in the jazz world. JazzWeek twice nominated her for Programmer of the Year.

Carter-Simmers was diagnosed with triple-negative breast cancer, an aggressive form of the disease, in August 2016, according to a statement from WJSU.

While she was undergoing treatment, Carter-Simmers was also publicly raising awareness of the disease.

“Gina always displayed a warrior’s spirit. She inspired survivors to keep fighting and was admired by everyone,” said L.A. Warren, former WJSU news director who is now a spokesperson for licensee Jackson State University. “After she lost her hair due to chemotherapy, she wore her wigs but not her struggles. She labored until the very end and was determined to return to work at the radio station.”

Carter-Simmers created a “Beauty of Cancer” photography exhibit at the Mississippi Museum of Art in October. It showcased women’s chemotherapy and radiation scars as well as portraits of the women in professional attire.

A June 14 event she organized, the “Beauty of Cancer Wig Project,” collected and donated nearly 80 wigs to the American Cancer Society for uninsured women coping with hair loss.

Correction: An earlier version of this post misspelled Carter-Simmers’ surname.