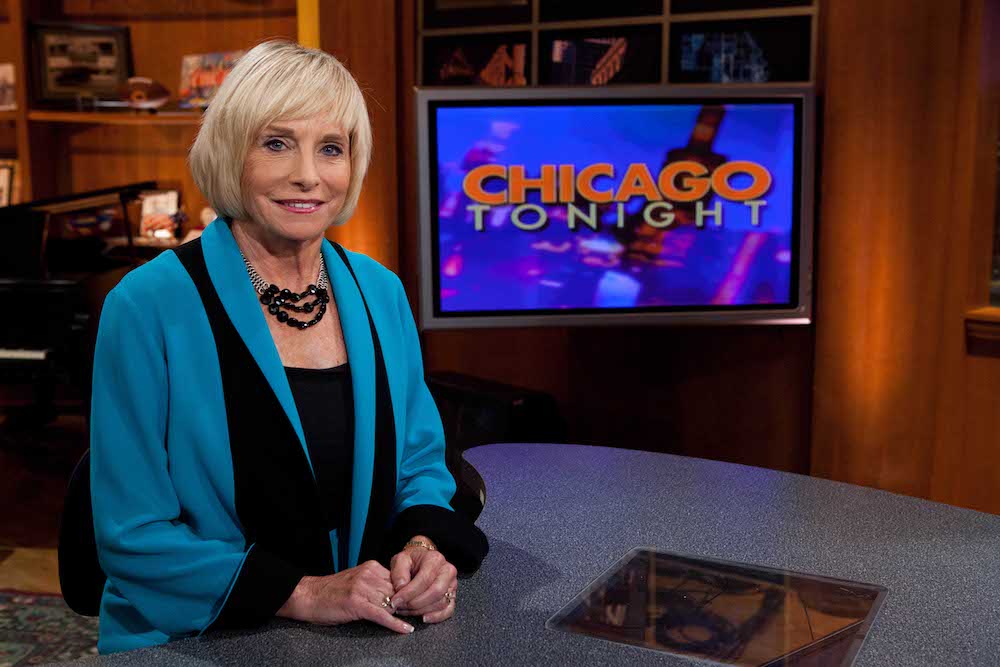 Brackett on the "Chicago Tonight" set.

Elizabeth Brackett, former longtime host and correspondent for WTTW’s Chicago Tonight, died Wednesday of injuries from a bicycling accident. She was 76.

Brackett, who retired in 2014, still contributed to the program occasionally, focusing mainly on environmental issues. “She filed her final story only 10 days ago,” the station said in a press release.

In addition to her work as a “tenacious reporter, exceptional writer [and] skilled and insightful host,” the statement said, Brackett was also a five-time world champion triathlete. She was training for a triathlon when she was injured.

The loss of Brackett “will be felt not only here but in Chicago’s journalism community, of which she was a highly respected member, and among her many friends and competitors in the athletic world,” said Chicago Tonight EP Mary Field.

Brackett was also a correspondent for The MacNeil/Lehrer NewsHour. She shared a NewsHour national Emmy Award for coverage of the farm foreclosure crisis in 1984 and a Peabody Award in 1988 for coverage of that year’s presidential election.

Elizabeth Brackett was an institution in Chicago journalism because her reporting informed, educated and enlightened generations of Chicagoans. Our thoughts and prayers are with the Brackett family and Elizabeth’s professional family at @wttw in the wake of this tragic loss. pic.twitter.com/tWUjW5hV3F

Bracket also wrote a book, Pay to Play: How Rod Blagojevich Turned Political Corruption Into a National Sideshow, about the former Illinois governor.

“The best thing about journalism is you learn something every day,” she told the Chicago Tribune in a 2012 profile. “It is a chance to watch history and participate to an extent. But there are so many stories that just don’t get told.”

Brackett reminisced about her career in broadcasting, including working for NewsHour, in a lecture archived on the independent documentary library Media Burn.