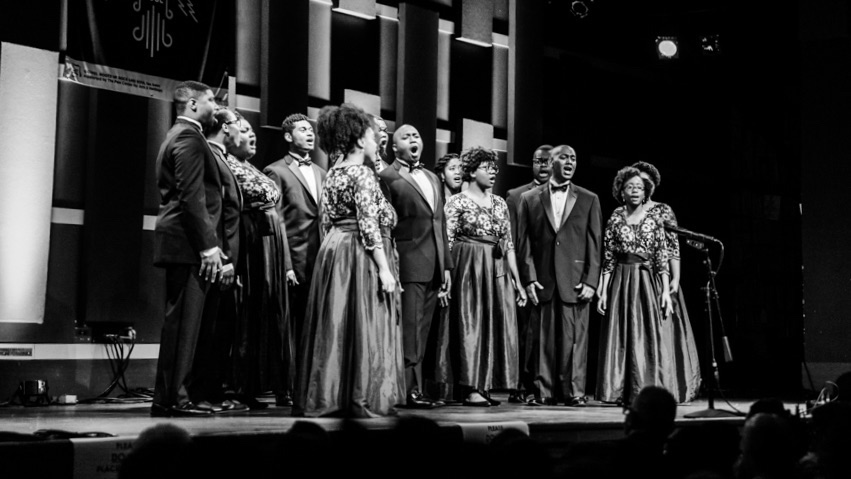 Philadelphia Triple A station WXPN will nationally distribute a radio documentary and launch a limited-run podcast as part of a deep dive into the influence of black gospel music on rock and soul music.

“The Gospel Roots of Rock and Soul,” WXPN’s third music-focused project funded by the Pew Center for Arts and Heritage, includes a website and live performances in addition to the podcast and documentary.

“Gospel music has a profound influence on rock and soul and much of the music that our audience hears and comes to love,” WXPN GM Roger LaMay said. “But it’s been somewhat unacknowledged and certainly not pulled together in one place in the way that we’re doing it.”

The new project launched on air and online in February, supported by a $360,000 Pew grant announced in June 2017. LaMay expects the project will last 15 months, ending with the documentary’s distribution early next year.

“Every time we do one of these projects, it has to be something that will stretch our envelope, connect us with a wider audience and inform our audience of things that they might not be aware of,” LaMay said of the series. “This project hits all those bases. Gospel music has a profound impact on … much of the music our audience hears and comes to love.”

A series of free performances in Philadelphia churches that feature both gospel and secular music are the “heart” of the project, LaMay said. “The core of the project is these live performances and the chance to really deepen our community engagement and outreach,” he said. Two events held so far have been filled to capacity.

The culminating radio documentary about the history of gospel music will consist of three or four hourlong segments.  “The documentary is going to be truly national and tell the story from a lot of different perspectives,” LaMay said.

A production team has talked with 30 interviewees for the documentary, according to producer Alex Lewis. Lewis will also produce the podcast, which will extend to up to 12 episodes and zero in on aspects of gospel covered in the documentary.

“This intersection of gospel music with secular music is something that has certainly been examined in scholarly texts and books,” said Lewis, who won a national Edward R. Murrow Award in 2015 for an audio documentary about soul radio in Philadelphia. “But I don’t think this has been explored in an audio documentary setting or podcast setting.”

“We anticipate and certainly hope for wide carriage,” LaMay said. 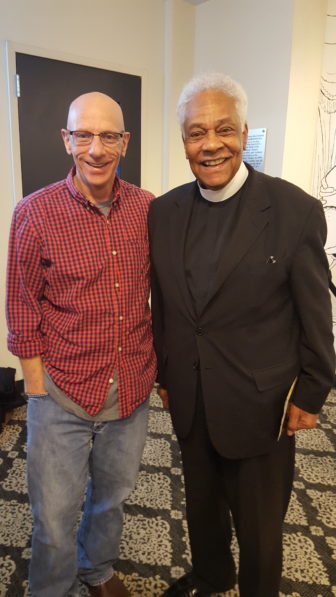 WXPN Assistant GM for Programming Bruce Warren with Rev. Joe Williams of the Dixie Hummingbirds at a Feb. 25 screening of the documentary film “How They Got Over” at Prince Theater in Philadelphia.

As with WXPN’s previous genre-focused projects, it is working with outside experts to develop content. Robert Marovich, a gospel historian based in Chicago, will write four articles about gospel music’s influence for the website and conduct interviews for the documentary.

“It’s really taking the subject and for months giving it an opportunity to be seen and heard by a larger audience … whether they want to read it, see it, or hear it,” Marovich said. “They are making it available in so many ways. I think it really elevates the story.”

WXPN will also include gospel music and vignettes on World Cafe, its syndicated music program. And local listeners are noticing a gospel focus, with WXPN hosts pairing gospel and secular songs to highlight gospel influences. The station is also airing segments culled from longer interviews with gospel artists.

“If you can take a listener through Sister Rosetta Tharpe’s ‘Didn’t It Rain?’ and connect that to a Chuck Berry song musically, then that ideally is an ‘Oh, wow’ kind of moment,” said Bruce Warren, WXPN’s assistant GM. “With rock ’n’ roll and R&B, a lot of people don’t realize that they are listening to gospel music.”

“These are the kinds of projects that public radio should be doing,” LaMay said. “Not just playing the music, but going behind the music and illuminating and educating.”