Shirley Timonere, an influential pioneer in children’s educational television and longtime Ohio public broadcasting leader, died Friday. She was 83 and had been in failing health, according to her family.

In 1991, Timonere spearheaded a national initiative at WGTE in Toledo that taught childcare providers how to help children get the most out of educational television. The project, “Extending Mister Rogers’ Neighborhood to Child Care,” included a CPB-funded teleconference to train childcare providers at stations. That project and a parallel effort at KERA in Dallas, the Sesame Street Preschool Education Program, were forerunners of the ongoing Ready To Learn public TV initiative that today receives some $25 million in annual federal funding. 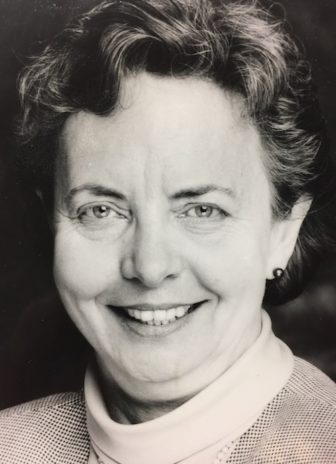 Timonere’s work led to a Fred Rogers Award in 2003 from CPB for excellence in children’s television. She was the third recipient, after Rogers and Sesame Workshop.

She arrived at WGTE in 1977 to work in the programming and production department. By 1982 Timonere rose to director of broadcasting, and in 1986 she became station manager.

Steven Ashley, Masterpiece series producer, worked at WGTE in production, programming and publicity from 1977–83. He remembered Timonere as “deeply grounded in the service mission of public media, and she conveyed that to her team of young whippersnappers.”

“She was also thoroughly invested in the community; she loved the Toledo area, its cultural dynamics and politics,” Ashley said. “Shirley was a lifelong friend with a fabulous sense of humor and hearty laugh. She will be sorely missed.”

Joe Campbell, PBS VP of fundraising programming, also spent his formative years at WGTE under Timonere, beginning as a production assistant and rising to director of broadcasting for TV and radio.

“Shirley was a mentor and teacher and largely responsible for my development as a programmer,” he said. “She wasn’t afraid to take risks and let you fail if necessary. Being a teacher was at the heart of her being. She taught me a lot.”

In 1989 Timonere was named president of the Public Broadcasting Foundation of Northwest Ohio, licensee of WGTE-TV and FM as well as public radio stations WGLE in Lima, WGBE in Bryan and WGDE in Defiance. She remained in the post until her retirement in 2002. After that she served as executive administrator for Ohio Educational Television Stations.

Shirley Eighmy was born May 23, 1934, in Conneaut, Ohio. In 1956 she married Steven Timonere, and they moved to the Toledo area, where she taught elementary and middle school.

She is survived by her husband, three daughters, three grandchildren and a sister. She was preceded in death by a brother and a grandson.

Memorial services will begin at 4:30 p.m. Thursday at First Presbyterian Church of Maumee, where she was a church elder. Visitation starts at 3 p.m.