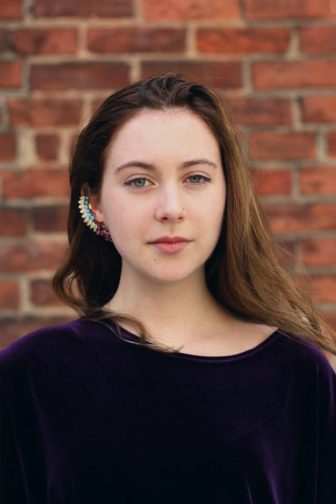 A newly minted college graduate eschewed small towns to start her public radio career in a big city. Did it work?

A little more than a year ago, Current told you about Eliza Lambert, a soon-to-be college graduate who asked whether she should start her public radio career in a large or small market.

We shared Lambert’s question with readers as part of our Currently Curious series. Recruiters, our audience and professionals at different stages of their careers advised Lambert to identify the skills she needed to develop and to focus on opportunity before location.

But ultimately, Lambert chose to go big, as in New York City. She had attended college there and when she submitted her question she was a per diem associate producer with The Takeaway, produced by PRI, WNYC and Boston’s WGBH. After we wrote about Lambert, she went on to work for Freakonomics Radio until November 2017 and relocated to Chicago. She arrived in the Windy City with freelance work for a WNYC Studios podcast and is a per diem facilitator with StoryCorps Chicago, a connection she made in part through Current’s article.

At Freakonomics, Lambert was managing archives, providing production support and helping to develop and edit web content. “I really don’t think anything could have been better for me as a start because those are skills I can always use,” Lambert said. “But also, I learned how to be adaptable to go from college to this really intense environment.”

She said she expects to look back on the experience as “one of the most beneficial years to really kick-start” her public radio career. Tuning her ears, sharpening her editor’s eye and anticipating the needs of her team are skills one can only learn by doing, Lambert said.

She found that the momentum of her career overtook the need to dwell on her Currently Curious question much longer.

“Things started to go so fast after the article was published,” Lambert said. “As I thought about it, the advice in and of itself was very sound; starting in a small market would have been a better choice for me had I not been going to college in New York City and doing internships there.”

She said she decided to move to Chicago due in part to the advice she received to identify skills she lacked and work on them. “I need a new challenge,” Lambert said. “I didn’t want to get comfortable.”

But she does see herself returning to New York City. “I would be shocked if I didn’t,” Lambert said. She still wants to see how far she can push her career there.

Lambert suggests that other soon-to-be college grads get comfortable asking for advice. “There are so many nuances to this industry and subtle skills you need,” Lambert said. “You won’t learn about them unless you talk to people about where you are.”

One thought on “You told her to follow opportunities, but big cities still draw this young pubmedia professional”