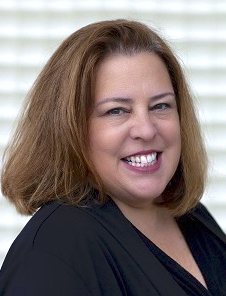 As executive producer of national programming at SCETV, Shumaker won a Peabody for the PBS series A Chef’s Life and developed the local documentary series Reel South into a national co-production with UNC-TV in Research Triangle Park, N.C. She was also an executive producer for several PBS specials including 180 Days: Hartsville.

Since 2009, she has served as U.S. national coordinator of the International Public Media Conference (INPUT).

At WCGU, Shumaker is overseeing all TV production and programming, FM and HD radio stations and digital content.

“With her experience and creativity, we are confident that she will take our locally-produced television, radio and digital content to the next level,” said GM Rick Johnson.

PBS39 in Bethlehem, Pa., has hired two new executives as part of a management restructure.

Yoni Greenbaum, now chief content officer, previously worked as director of integrated media at the NBC and Telemundo affiliates in Philadelphia. Earlier he served as VP and GM of digital operations at Philly.com.

Also, Teri Haddad rises from SVP of education and production to chief learning officer. In her new role she is responsible for leading the efforts of the statewide PA Media Partners for Education, a collaboration of six public television stations. Earlier in her career she was CEO and creative director at eMedia Works, which partnered with the state department of education and other organizations to develop educational media for teachers and students.

“This restructuring is in line with a series of planned steps to ensure that we fulfill our new vision: a community that is inspired, engaged and vibrant,” said Tim Fallon, CEO of PBS39, in an announcement. 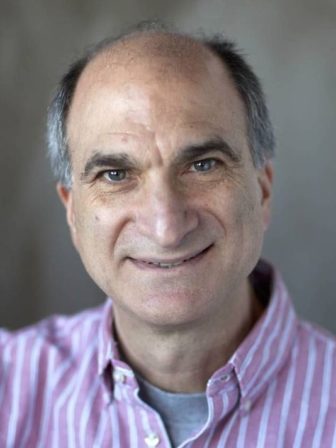 Michael Skoler resigned as president and GM of Louisville Public Media Jan. 17. A statement on the station’s website said Skoler was leaving “to pursue other interests.” He had led LPM since 2016. Stephen George, executive editor, is serving as interim president.

Jeff Pope, longtime executive director of KSJD, has resigned from the Cortez, Colo., station, effective Feb. 28. He was KSJD’s founding executive director 14 years ago when the vocational student station transitioned to community radio. During his tenure Pope helped develop KSJD’s Sunflower Theatre, an arts and educational venue in a local renovated historic bank building that opened in 2015.

MPR News reassigned host Tom Weber last month after he informed management that he was romantically involved with state Rep. Peggy Flanagan, running mate of gubernatorial candidate Tim Walz. In a statement, Nancy Cassutt, executive director of news and programming, said Weber was moved to another position in the newsroom due to the potential conflict of interest “and will not cover the governor’s race, the legislature, potential legislation, public policy involving the executive or legislative branches or any topic related to the November 2018 election.” In a  note to listeners, Weber said: “There have been a few news reports about this out there. Let me just add one detail all those stories have missed: Peggy and I are over the moon happy. Somewhere in all of this, that matters, too.”

Reporter Carrie Jung has joined WBUR in Boston to report on education. Previously she was a senior field correspondent at KJZZ in Phoenix. Earlier in her career she also reported for Koahnic Broadcast Corp. and KUNM-FM in Albuquerque, N.M.

KCET journalist Val Zavala retires this month after 30 years on the air in the Los Angeles market. She’s anchor and former executive producer of the station’s public affairs program SoCal Connected. A half-hour retrospective of her work is set to air Feb. 13 with messages from guests including Los Angeles Mayor Eric Garcetti and filmmaker John Ridley. The Los Angeles City Council will also declare that day as Val Zavala Day in the city. Previously Zavala served as VP of news and public affairs for KCET, as well as reporter, executive producer and anchor of the weekday news program Life & Times.

Reveal from The Center for Investigative Reporting recently announced four hires. Elizabeth Shogren will join Reveal next month as its first Washington, D.C.–based science reporter. Shogren was an on-air correspondent for NPR from 2005–14 for the national and science desks. Fernando Arruda is associate sound designer and engineer. He founded the Manhattan Composers Collective, an audio postproduction company in New York City. Anayansi Diaz-Cortes is a radio reporter/producer. Her work has aired on national programs including All Things Considered, Radio Ambulante and This American Life. And Aura Bogado will join Reveal next month to cover immigration on the investigative reporting team. She currently freelances for outlets including Mother Jones, The Guardian and The Intercept. 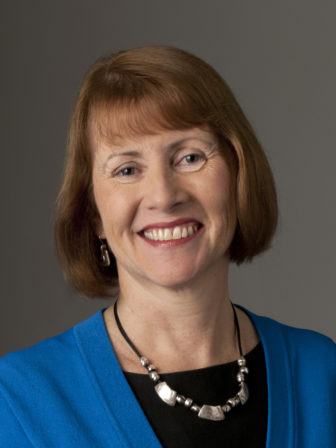 Pam Fessler, NPR’s national correspondent covering poverty and philanthropy, tweeted that she just started a one-year leave to write a book about leprosy in the United States, “how we unnecessarily confined people out of ignorance and fear, and how patients fought back.” The Liveright imprint of W.W. Norton will publish.

Armando Trull, senior reporter on the race and ethnicity desk at WAMU-FM, has left the Washington, D.C., station and will launch Armando Media-Communication Strategies for the Common Good next month.

“Uncovered: The Ken Burns Collection” opened this month at the International Quilt Study Center and Museum in Lincoln, Neb. It’s the first time the PBS filmmaker is displaying part of his extensive quilt collection. Burns has been buying American quilts since the mid–1970s, according to the museum, and now owns 75 pieces. The exhibit features 28 quilts on display through May 13.

Three former public media journalists will be working on The City, the longform podcast from the USA Today network launching this fall to focus on behind-the-scenes power structures of various American cities. Wilson Sayre will report for the podcast. Previously, Sayre covered issues of poverty and criminal justice at WLRN in Miami. And Jenny Casas will be the podcast’s producer. Her past experience includes covering race, class and power stories for St. Louis Public Radio. The City won WNYC’s 2015 Podcast Accelerator competition before it was acquired by Gannett. The host is Robin Amer, a former WBEZ producer. 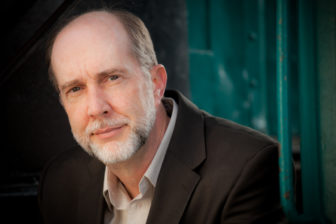 Paul Ingles has chosen to step down after 11 years as NPR’s liaison to independent producers. In the part-time post since 2006, Ingles helped hundreds of freelance producers and reporters pitch story ideas to NPR News programs. In a letter to NPR, Ingles wrote, “… in these times in our country, I don’t want to suppress my civic/political engagement by continuing to be tied to NPR’s most-appropriate ethics guidelines for reporters.” He plans to focus on his ongoing media projects, including the talk show and podcast Peace Talks Radio, now in its 15th season.

Kate Concannon has joined Boise State Public Radio as managing editor of the five-state Mountain West Regional Journalism Collaborative. Concannon served as NPR’s Western Bureau chief from 1999 to 2010, coordinating coverage across 13 states for Morning Edition, All Things Considered and other programs. She was also an editor at American Public Media’s Marketplace. 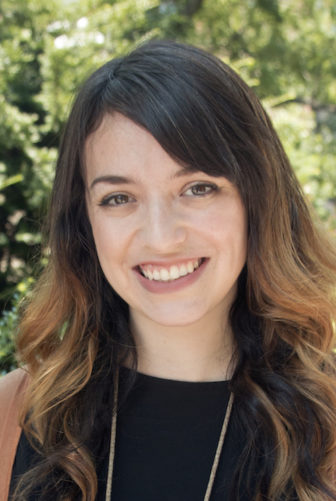 Nadia Reiman, a senior editor at Latino USA, starts work March 12 as a producer at This American Life. Earlier she worked as a senior producer at StoryCorps.

Milwaukee Public Radio has promoted Michelle Maternowski to managing editor. Previously she was digital services coordinator, producing digital and social media content, overseeing digital projects and platforms and responsible for WUWM.com. She joined the station in 2007 as an assistant producer.

Nashville Public Radio has promoted Emily Siner to news director. Previously Siner worked as an enterprise reporter and filled in as local host of Morning Edition and All Things Considered. 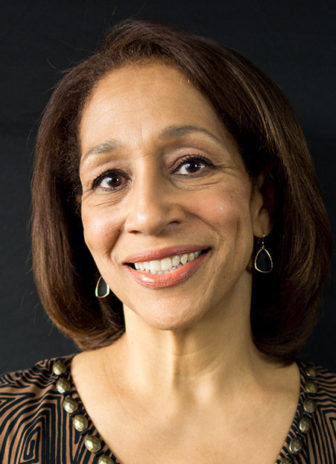 Ollette E. Boyd is the new chief financial officer at Detroit Public Television. Most recently Boyd was CFO at Focus: Hope, a local nonprofit that battles racism and poverty. Earlier in her career she was CFO at the Charles H. Wright Museum of African American History, also in Detroit.

Chip Potts has joined the Institute for Nonprofit News as director of finance and operations. Potts, who has more than 30 years of accounting experience, most recently was associate director and CFO of the Santa Monica College Foundation in California. He is based at INN’s Los Angeles office.

The Online News Association recently announced 25 participants in its 2018 Women’s Leadership Accelerator, a yearlong program to encourage innovation in digital journalism. Two women in nonprofit media are included: Joni Deutsch, on-demand content and audience engagement producer at WFAE in Charlotte, N.C., and Jessica Terrell, podcast and multimedia editor, Honolulu Civil Beat. They’ll take part in training later this month at the University of Southern California’s Annenberg School for Communication and Journalism, as well as mentorship opportunities and a workshop at ONA’s September conference in Austin. 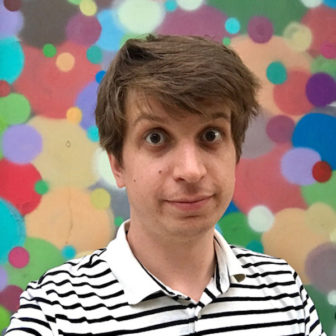