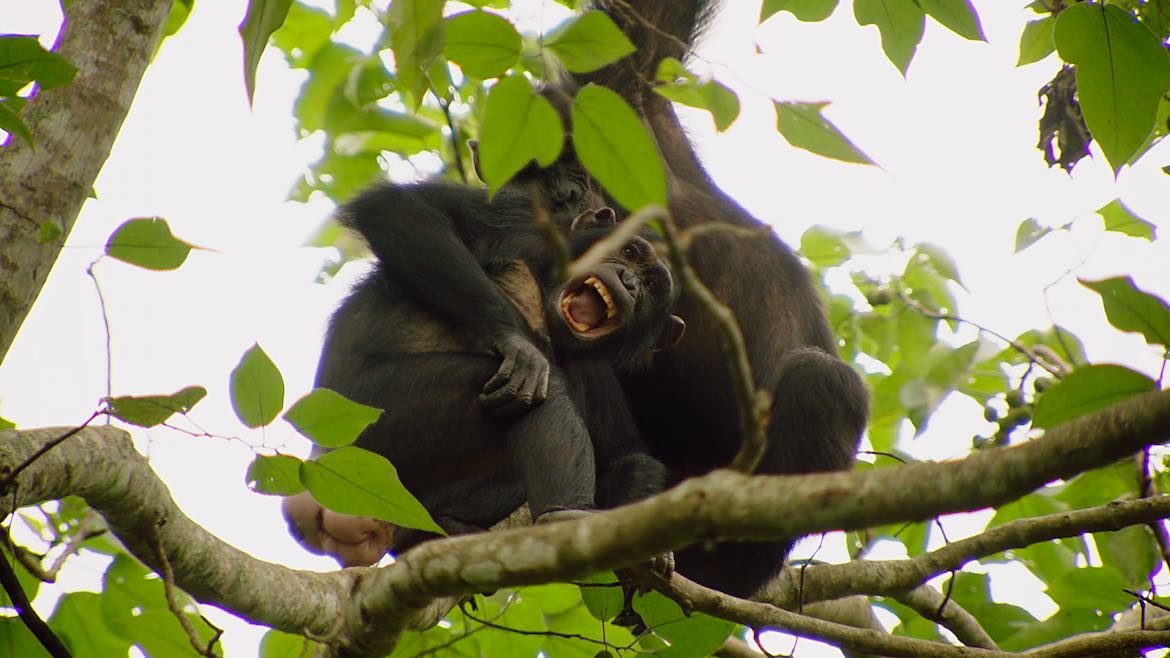 A chimpanzee in a "Nova Wonders" episode.

The three co-hosts of the new Nova Wonders series have a youthful, telegenic vigor that might seem more suited to selling soda than science.

During the six-episode show starting April 25, they direct viewers to other eager young scientists, all of them tackling some of the most baffling questions of our age. In addition to traditional educational outreach, the show will deploy social media to promote the series and invite viewers to interact directly with co-hosts and other scientists.

No, this is not your father’s Nova, though producers hasten to add they hope it will appeal to your father even as it makes a play for a whole new generation of potential scientists.

“We’ve done a number of limited series over the years, and we thought it was a great time for a new generation of scientists, fresh faces,” said Julia Cort, series executive producer. 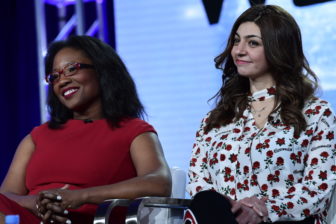 Charismatic co-hosts Talithia Williams, a mathematician and statistician; Rana el Kaliouby, a computer scientist in the field of artificial intelligence; and Andre Fenton, a neuroscientist studying the biology of memory, deliver enthusiastic standups from a vacant, fashionably vintage warehouse in Boston. Attention-grabbing graphics are projected around them.

The lively production style is one selling point.

As much as anything, though, the show takes an opportunity to show that scientists come in all ages, colors and genders.

Senior Producer Michael Bicks is the proud father of a neuroscientist daughter. “Personally, I think one of the important things about the show is to show younger viewers what scientists look like,” he said. “These folks are all young, accomplished scientists who do not look like the stereotypes. I think it’s important to get young people excited about science, to get young people to realize that science is a career for everybody.”

The co-hosts “send a message to potential folks that science is not just a 55-year-old guy with a pocket protector,” said Bicks. “We’re just trying to keep it visually interesting. We’re not trying to dumb down the science at all. We’re trying to make it fun to watch. A curious 13-, 14- or 15-year-old watching it will be engaged.”

To reinforce the point, Nova Wonders will make full use of social media, said Paula Apsell, Nova’s EP. In addition to streaming each episode, “we’re going to be doing a ton of stuff online around them so that we can reach younger viewers,” she said.

Viewers will be able to engage with the co-hosts and scientists directly on Facebook, through live events and live tweeting during some broadcasts. There will be 12 PBS LearningMedia video resources for distribution online and through social media. Also scheduled are online and local events, including screenings, panel discussions and trivia nights.

This should also spread the word that, despite advances in science, there is no shortage of interesting questions to be examined, Apsell added.

“The way science is sometimes taught in high school, it was all formulas and facts, and it felt really boring,” she said. “What we heard on Nova years ago when we did ‘The Elegant Universe’ is that kids really can get enthusiastic about studying physics. They saw a frontier that was not closed. The kids who are watching this are going to be the scientists of the future.”

Each of the hourlong episodes deals with a weighty topic of inquiry and includes interviews with young scientists nibbling away at the puzzles. The first program raises questions about the way animals communicate. Others ponder the colonies of bacteria, viruses and fungi that live inside us, the challenge of building a human brain, the quest to find extraterrestrial life, advances in creating life and the investigation of dark matter and dark energy.

Wonders is different from the typical Nova miniseries because it asks questions while only hinting at possible answers, Bicks said. Still, he added, it is no less sophisticated than other Novas. 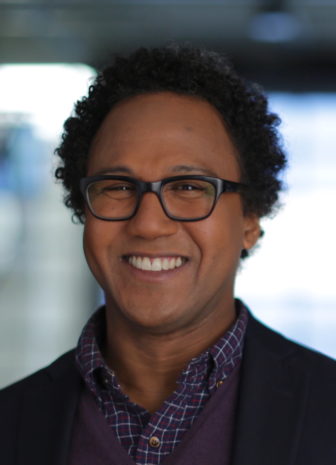 A senior producer discovered Williams while combing through videos for a show about math. “She had a wonderful TED Talk about knowing your body’s data,” Cort said. “We were all immediately impressed and fell in love with her.”

Nova put el Kaliouby on its list of up-and-coming scientists because of her work getting computers to recognize human emotion.

Fenton is the only co-host to have participated in earlier Nova productions. His work on the neurobiology of memory was featured in a 2009 episode of Nova scienceNOW, a spinoff series also designed for younger viewers, and in the Nova documentary “Memory Hackers.”

“I come from a background in network television,” said Bicks, a former executive producer at ABC News. “These co-hosts have a scientific background that gives them a degree of integrity that is very important. If you just put any host out there, you wouldn’t have it.”

In the series, the co-hosts often venture into areas only peripherally related to the field of their expertise. They readily adapt to the different environment.

“It’s part of the point we make in the series,” Apsell said. “They’re scientists, but they’re not just locked into their own fields. They have general curiosity, and things fascinate them in other fields.”

Another key point in Nova Wonders has to do with the pace of discovery.

The six episodes don’t end with solutions, Williams said. “It’s really opening the door and arousing curiosity and getting the public excited about the possibility of even trying to contribute to and solve some of these big ideas and big questions.”

Added Cort: “I was worried that making these shows without a conclusion was going to be unsatisfying in some way. But as we met with scientists who have literally spent 40 years working on one thing and haven’t gotten an answer, we found that the question — the fact that there are mysteries — is a huge turn-on to these young scientists who want a challenge.”

As for Bicks, his challenge has been to make the series attractive to young viewers without losing older ones. Interesting topics and integrity will keep older viewers watching, he said, and younger hosts should draw younger viewers.

“Good storytelling is something people like,” he said. “It’s not like … older people are going to turn off the television set because there’s somebody younger.”