Miller retired in 2013 after a 37-year career with IPTV. He is credited for guiding the nine-station network through the digital television transition to increased viewership. He tripled its broadcast offerings, picking up the nationally syndicated World Channel and creating Learns, a statewide service that incorporates children’s programs during the mornings and evenings and how-to shows during the day, according to IPTV, who announced Miller’s death in a statement Monday. 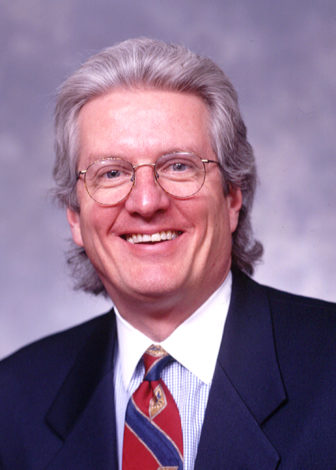 “Dan’s intellect, dedication and diligence was appreciated by all who had the pleasure to work alongside him,” said Molly Phillips, who succeeded Miller as executive director, in the statement. “His leadership left a legacy of editorial integrity, credibility and of public trust which IPTV strives to maintain today.”

Miller retired from IPTV after he was diagnosed with Parkinson’s disease, but his doctors later determined that he had Multiple System Atrophy, a relatively rare, incurable disease “sometimes described as ‘Parkinson’s on speed,’” according to the Des Moines Register. The family will donate Miller’s brain to the Mayo Clinic for research, the Register reported.

Miller’s wife, Diane Graham, told the Register that her husband was determined, never complained and never lost his sense of humor. “His mind was fine, it was just this body that wasn’t cooperating,” Graham said. “He just wanted to live as normal as he could. He succeeded in large parts until the very end.”

“In discussing the attributes that this award should recognize, we quickly came to the conclusion that the qualities of selflessness, humility, vision, commitment and courage were all represented in Dan Miller,” Kerger said at the time the award was presented. “Dan worked tirelessly to protect and promote editorial integrity. It is fitting that not only should Dan be the first recipient of the award, but the award be named in his honor.”

During last year’s PBS Annual Meeting, Graham appeared at the awards ceremony with their daughter Maya Miller. “He truly believes in the mission and importance of free and independent public media,” she said.

Speaking of her father’s wit and spirit, Maya Miller recalled an exchange at one of his recent medical appointments. His doctor asked, “What country do you live in?” to test his memory. Dan Miller replied, “Donald Trump’s America.”

Sad news…longtime IPTV general manager Dan Miller passed away yesterday at age 66 after a long illness. A true visionary, an intense competitor, and worthy Jack Shelley Award recipient…someone who always had time when I asked for it. To say he will be missed = not enough.

A graduate of George Washington University and a Des Moines native, Miller started his IPTV career in 1975. He served as executive producer for public affairs programming and led the network’s programming and production division for 16 years. He was promoted to executive director and general manager in July 2002, and led the network until his retirement in April 2013, according to IPTV.

“Through challenging budget circumstances and a rapidly changing media landscape, Dan has guided this statewide network to increased viewership, unmatched coverage of Iowa, and a national reputation for excellence,” said Robert Hall, then president of the Iowa Public Broadcasting Board, in a statement when Miller retired. “His steadfast commitment to quality has been a thread throughout his entire career.”

Throughout his career, Miller earned numerous regional and national broadcast journalism awards, and served on various boards and committees for CPB, PBS WGBH-TV, the BBC and other public television organizations, according to IPTV.

I was fortunate to work with Dan Miller and learn from him as an aspiring TV journalist. He was a great leader & a thoughtful mentor. IPTV has lost some greats over the years. https://t.co/pjC6xW4gsO