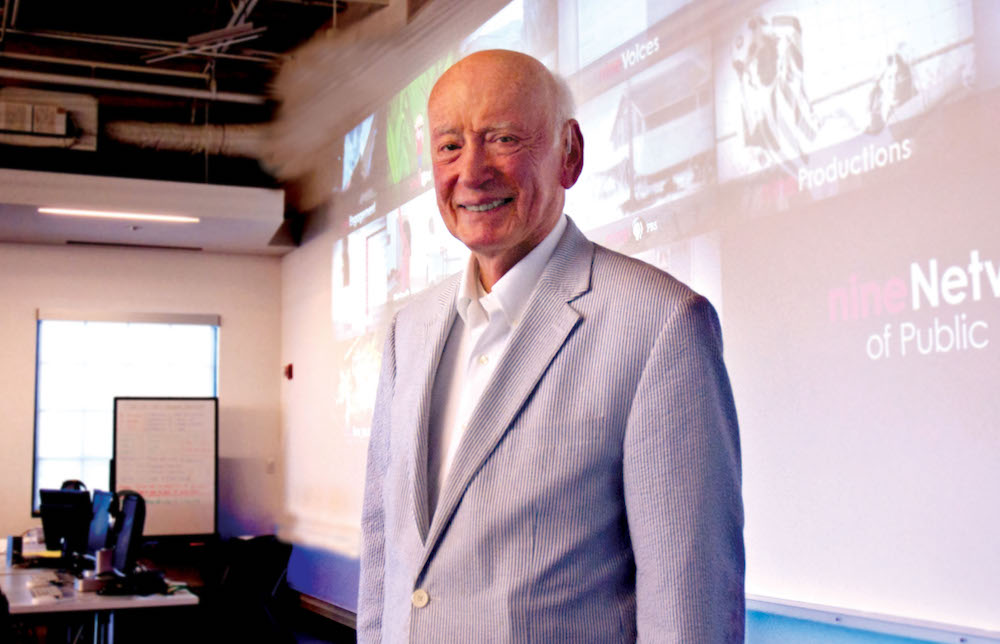 Raymond H. Wittcoff, an early public television pioneer and a founder of KETC in St. Louis, died Tuesday at his home in Phoenix. He was 96.

In 1951, as chair of the Joint Committee on Educational Television, the St. Louis businessman envisioned that TV could be “the most powerful instrument for education ever invented.” The committee included organizations such as the National Association of Educational Broadcasters and Association for Education by Radio.

Wittcoff predicted in a 1952 speech to the Television Programs Institute, part of the American Council on Education, that educational TV would fail unless it could draw much of its programming “from a strong and well-financed national cooperation network agency.”

He called for “a bold and forthright plan for the creation of a national educational television network.”

Wittcoff followed through by chairing the Ford Foundation’s National Citizens Committee for Educational Television, whose mission was to campaign for noncommercial channels and encourage civic leaders to support building stations. The Ford Foundation established the National Educational Television Network (NET), which grew into PBS. Wittcoff also served as NET’s chairman.

The Ford committee also recommended the creation of the independent St. Louis Educational Television Commission as licensee of KETC. Wittcoff chaired that commission when KETC went on the air in 1954 and served on the KETC Board through the early 1960s.

He was born Dec. 5, 1921, in St. Louis. Wittcoff attended the University of Chicago, where he majored in political science and graduated Phi Beta Kappa in 1942. Wittcoff became a commissioned officer in the Navy after graduating. He spent his early career working for his father’s manufacturing business, Caradine Hat Co. in north St. Louis.

Wittcoff is survived by his wife Roma, his children Mark and Caroline, four grandchildren, five stepchildren, seven step-grandchildren and one step–great-grandson.

A memorial service will be held Sunday at Sagewood, 4555 East Mayo Blvd., Phoenix, with a St. Louis service at a later date.

In lieu of flowers, the family suggests donations to the Nine Network, Washington University in St. Louis, or a charity of your choice.