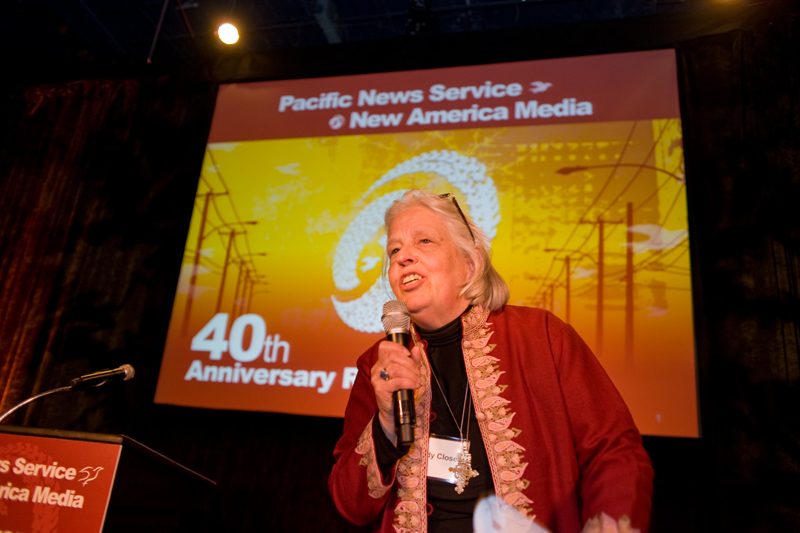 A New York university is exploring how it could help fill the role of a national organization for ethnic and community media that closed last month.

The California-based nonprofit Pacific News Service and its subsidiary New America Media closed Nov. 30 after a 45-year run. When the City University of New York Graduate School of Journalism learned of the impending closure, the school started reaching out to its network of journalism schools and funders.

A collaboration that grew to include more than 3,000 ethnic and community media organizations in the U.S., PNS and NAM had spearheaded initiatives including youth media programs, a wire service, an ethnic media directory and multilingual polling services. Its staff included editors, reporters and a statewide coordinator and program director for youth media.

NAM’s wire service elevated views critical of governments and covered stories from the scene, first about the U.S. role in Indochina in the ’70s and then topics such as immigration and the wars in Central America. Its clients included mainstream newspapers. Author Andrew Lam and Sandip Roy, a host at KALW in San Francisco, started their careers at the organization.

“The great mystery that so many of us faced as new technologies came on board was, ‘Who is our audience? What is our community?’ And that’s where ethnic media is far ahead of the curve.” — Sandy Close, NAM executive director

“The great mystery that so many of us faced as new technologies came on board was, ‘Who is our audience? What is our community?’” said Executive Director Sandy Close. “And that’s where ethnic media is far ahead of the curve.”

Close said she blames herself for the organization’s shutdown. She took on projects that NAM couldn’t afford and diverted funds to pay for them, particularly to cover the cost of its work in youth communications.

The organization had taken on debt during the recession, Close said, and in 2013 foundations supporting NAM conducted strategic reviews and ended support for the organization, cutting an expected $1.5 million in funding from its budget. NAM cut about 55 positions from its staff of 90 in 2013 and 2014.

The organization was gradually growing again, with $3.4 million in revenues to for fiscal year 2016 up from $2.6 million in 2015, according to GuideStar and IRS tax filings. But it still had liabilities of almost $1.4 million and lacked cash reserves.

CUNY is now looking to fill the gap left by NAM’s closure by expanding on the work of a center in its journalism school. Launched in 2012, the Center for Community and Ethnic Media focuses on the New York Tri-State area. CUNY started the CCEM by assuming assets from the financially struggling New York Community Media Alliance, a spinoff of the Independent Press Association, which had close ties to NAM, said Sarah Bartlett, dean of CUNY’s journalism graduate school.

“We’ve often been asked ‘Why don’t you broaden the horizon of CCEM?’, and we’ve always felt that we didn’t need to do that because NAM existed and NAM was always working on a national level,” Bartlett said.

Following NAM’s closure, CUNY wants to partner with journalism schools in five cities to replicate the CCEM model nationwide. Bartlett said she is considering partners in California, Texas, Miami, Chicago and the Midwest, and that she anticipates the effort will be sustainable because its partners will be housed within larger institutions.

“One of the things that’s been an advantage to the Center for Community and Ethnic Media is that it’s based within a very solid institution,” Bartlett said. “I think that gives our center an organizational heft that makes it easier to do the programmatic work.” Schools can also benefit by offering freelance and internship opportunities to students while supporting small, independent publications, she said.

“This is a hugely important media sector. It’s largely overlooked, and it deserves support,” Bartlett said. “We’re trying to figure out what might be a helpful role for us given we have a lot of learning with the five years in this market.” Bartlett said she hopes to have commitments from funders by spring 2018.

“We do feel like we know how to do this work, and the challenge will be, can we come up with the resources that will enable us to expand this work to a national plane?” Bartlett said. “If there is that support, I’m confident that we can pull it off. We have to get from point A to point B first.”

Adaobi Okolue, publisher of the Twin Cities Daily Planet, thinks such a model is a good idea. Prior to joining the twice-weekly online publication in May 2015, the Daily Planet had partnered with NAM on a local awards ceremony recognizing ethnic and community media journalism.

CUNY’s effort will be “very valiant” and “much-needed,” said Okolue, “as long as it’s not something that becomes tokenized and is really required and embedded in J-school programs across the nation.” 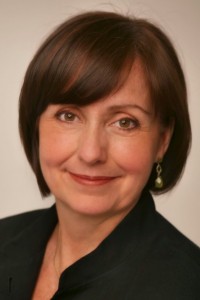 Jennifer Preston, VP of journalism for the Knight Foundation, said the foundation would be interested in helping to fill the gap left by NAM, which had received Knight funds.

“Sandy Close and New America played a critical role for many years, and it’s a role that needs to continue into the future,” Preston said. “It is more important than ever before that people in underserved communities are getting the news and information they need to make decisions about their lives and their communities. It’s important that we have leadership to serve as an advocate for the many organizations and small news outlets doing that job across the country.”