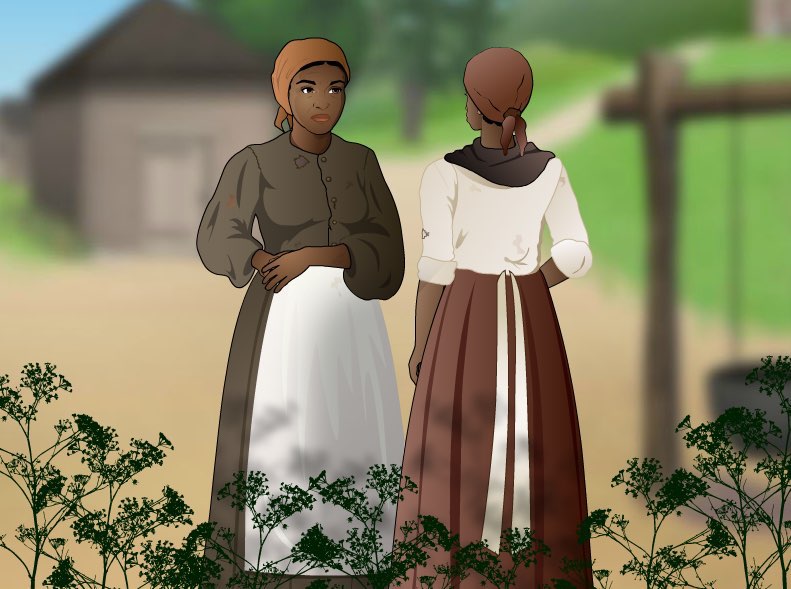 A scene from “Flight to Freedom,” which teaches players about slavery.

The Mission US series of interactive games created by WNET in New York City was banned last month from a Phoenix school district after community complaints that one lesson contains racist content.

It’s the second school system that has prohibited classroom use of at least one of the games, Flight to Freedom, which centers on a teenage slave.

The Mission US animated digital games place players in historical settings to illustrate how people experienced past cultures. Players make decisions as they move characters through “transformational moments in American history” such as the Revolutionary War, the westward expansion and the Dust Bowl, according to producer WNET in New York City.

In Flight to Freedom, users play the game as Lucy King, a 14-year-old slave on a Kentucky plantation in 1848. She navigates daily tasks such as tending animals, scrubbing clothes and toting water. Lucy eventually escapes and makes her way to Ohio along the Underground Railroad, a journey that presents its own dangers.

After receiving complaints about Flight to Freedom, Phoenix Elementary School District officials decided last month to prohibit use of all the games from use in its 14 schools, which teach students from kindergarten through eighth grade, said district spokesperson Sara Bresnahan. She said the district believes Flight to Freedom was played in one seventh-grade classroom.

The Mission US games launched in 2010 with $3.3 million from CPB. Of that, about $786,000 went into Flight to Freedom, which launched in 2012, according to CPB. WNET has since received support from the National Endowment for the Humanities and the Department of Education for the games.

About 2 million registered users have played the games, said WNET spokesperson Kellie Specter. The modules are targeted to students in middle school and above.

The ‘capture a slave game’

JJ Johnson, vice chair of the Phoenix Black Lives Matter organization, heard about the games from a concerned parent. “Her neighbor’s son had come home and told his dad that he was playing the ‘capture a slave game’ at school,” Johnson said.

Johnson contacted district officials regarding the content of Flight to Freedom as well as Cheyenne Odyssey, about a young Native American boy and his family living in Montana in 1866. “That one’s almost worse” than Flight to Freedom, he said. Cheyenne Odyssey includes scenes of “a 15-year-old boy trying to navigate in a space of genocide waged against the Cheyenne by white soldiers and settlers,” Johnson said. In one interaction, “he’s interviewing suitors for his sister, who is the subject of an arranged marriage. It makes this seem normal.” 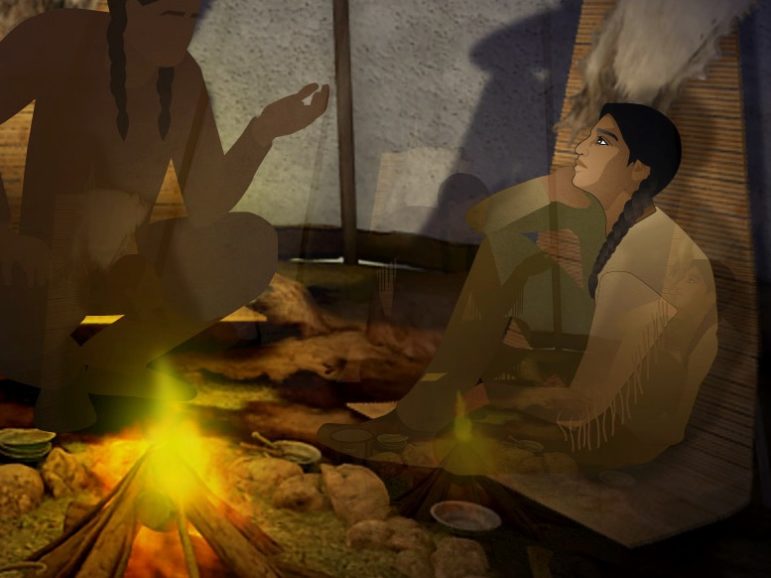 A screenshot from “Cheyenne Odyssey.”

Such subject matter “is incredibly complex to teach to young people,” Johnson said, raising issues such as violence and “the generational genocide that still affects society today.”

“To just turn this into a cartoon and make it incumbent upon kids to unpack these messages on their own is grossly irresponsible,” he said.

“This is not a punitive measure,” Bresnahan said. “We’re basically saying that our community is offended by these games and we need to respect the feelings of our community.”

“A number of people rightly felt that it had racist overtones and was not something that kids would benefit from,” Tedmon said. The game remains prohibited from use throughout the 35,000-student system.

“There are other ways to help students understand what the game is trying to say without putting them into the life of a slave,” he said.

Nikki Taylor, an adviser to WNET on the development of Flight to Freedom, said she “understands those grievances.” “Flight to Freedom was done in a different period and may no longer be appropriate, given the climate” of protests over violence against African-Americans, she said.

“I think that because of the social climate and the social movement that we are witnessing, the Flight to Freedom program may not be as well received as it was eight years ago,” Taylor said.

Taylor also questioned whether the game’s animated format is still suitable for the content. “Perhaps you should use real images of slavery instead of the cartoons?” she said. “If not, it may be time to retire it.”

WNET stands by the games. Studies during the development of Flight to Freedom showed that playing the game helped students understand how slavery worked “and the ways that enslaved and free people struggled against it,” said Sandra Sheppard, director and EP of children’s and educational media at WNET, who oversaw the game’s creation.

Sheppard said that amid the current climate of racial tension, “there is an urgent need to facilitate more dialogue and discussion about our painful history of race and slavery in America. To do so, we need a range of tools that can bring both young people and adults into the conversation,” including games.

“Illustration and animation are one of many tools that are being used by artists, scholars, journalists and other leading thinkers to address historical and contemporary issues around race,” Sheppard said.

WNET added an explanatory page on the website for the games in March 2015, according to Specter. It says in part: “Since some of the topics Mission US explores are difficult, it is recommended that teachers/parents preview the mission to make sure it is appropriate for their students/children.”

Bresnahan said district representatives will meet with community members again soon to continue discussion about the games. “We are working to ensure that we learn from this and weave cultural competency throughout our district in a meaningful way,” she said.

Johnson said that he is “greatly encouraged by the posture taken by district” in reaction to the complaints. Johnson, along with two parents and a racial equity trainer, met with officials to discuss the games. “I think we can work with them as partners,” he said.

A $20,000 NEH grant this year supports the next Mission US game, which will focus on the civil rights movement in Mississippi. Production begins next year, Specter said.