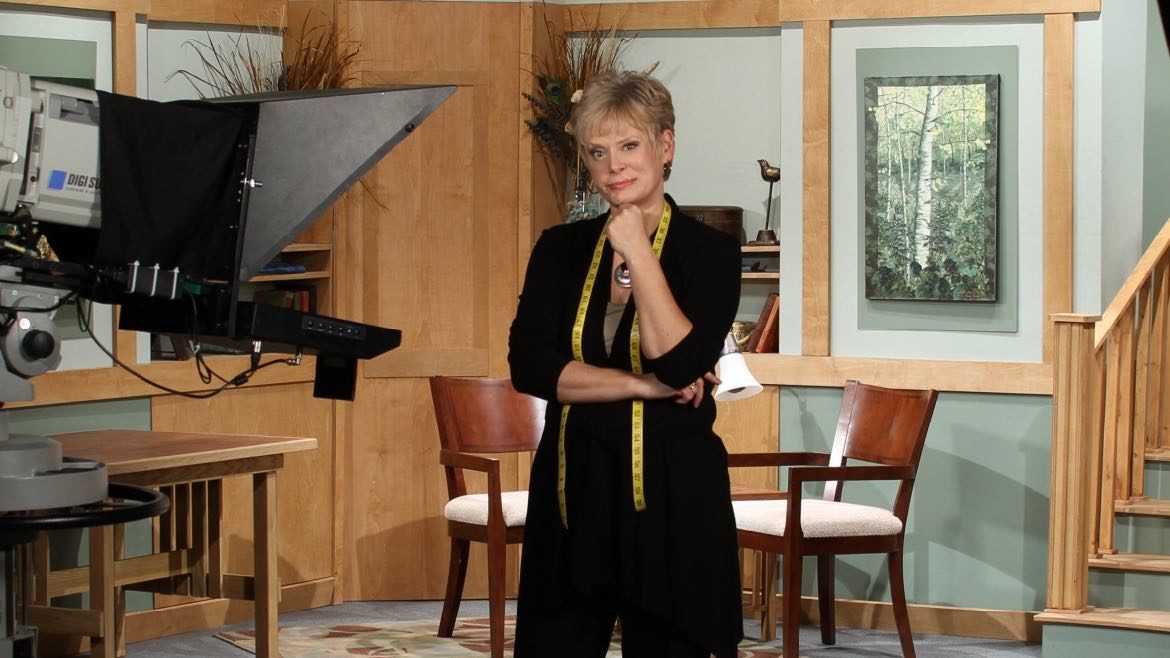 Zieman on the set of “Sewing With Nancy.”

Nancy Zieman, host of public television’s Sewing With Nancy, died Tuesday at her home in Beaver Dam, Wis., after a recurrence of cancer. She was 64.

Zieman had announced her retirement due to health issues in September.

“Nancy was an entrepreneur, a talented television host, a dear friend to so many people at Wisconsin Public Television, and a true Wisconsin treasure,” said Jon Miskowski, director of television at Zieman’s longtime presenting station.

He added that Zieman “made hundreds of hours of programs sharing her love of sewing and quilting — work that reflects the essence of Nancy’s legacy in passing the love of sewing, a passion she held very dear, on to the next generation.”

The program’s distributor since 2003, the National Educational Telecommunications Association, said in a statement that “appropriately, the final episode Nancy taped, ‘I Sew For Fun,’ was fed Tuesday. It sums up Nancy’s philosophy perfectly: Just have fun — it’s all about creativity!”

Her program debuted in 1982 and remains the longest-running sewing show on television. It airs on 233 public TV stations in 137 markets in 41 states, according to NETA, and is among the distributor’s most-carried programs.

Zieman is survived by her husband, Richard, and their two sons, Ted and Tom. Her grandchildren appeared in the program’s final episode.

Her family is planning a private funeral. Memorial donations may go to WPT or Hillside Hospice in Beaver Dam. Friends may leave messages on Zieman’s blog.