The National Black Programming Consortium has changed its name to Black Public Media. 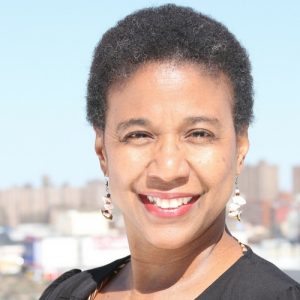 The 38-year-old nonprofit, a member of the CPB-backed National Minority Consortia, began to use the moniker in its branding in 2013. Its adoption as the name of the nonprofit organization as well reflects BPM’s broadening reach, said Leslie Fields-Cruz, executive director.

“As the idea of public media began its steady growth beyond the confines of the traditional public television audience of the 20th century, we began to consider a name change that was more reflective of our work as funders and distributors of black stories for a 21st century audience,” Fields-Cruz told Current. A website redesign in 2008 was a first step, she said.

The move to officially adopt the name Black Public Media “is to open us to the larger opportunities of providing the public with authentic black voices across several media platforms, not just broadcast,” Fields-Cruz said.

Black Public Media remains the nation’s only nonprofit dedicated to helping produce media content about the black experience. It recently received a $750,000 grant from the MacArthur Foundation for the project WOKE! Broadening Access to Black Public Media, which will include a black media summit.