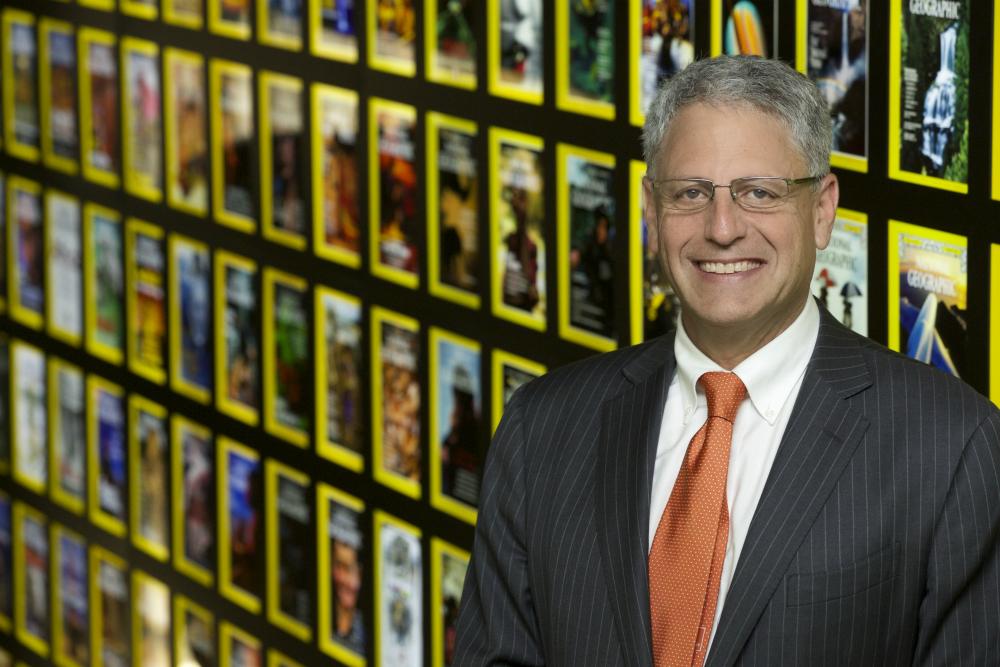 Fifty years after President Lyndon Johnson signed the Public Broadcasting Act into law, the American media landscape has transformed in ways that visionaries, pioneers and advocates for nationally funded “public telecommunications services” scarcely imagined. Yet their ideals for a system that takes “creative risks and that addresses the needs of unserved and underserved audiences” endure. In a special series reflecting on this milestone anniversary, essayists with insight into today’s public broadcasting system share ideas for carrying the legacy into the future.

This summer, I attended a tour-de-force Broadway performance by the brilliant actor Kevin Kline in Noel Coward’s Present Laughter. As I walked in, I immediately saw the five or so HD cameras readied for a Great Performances taping of the show. And everyone in the audience knew it was a PBS production.

In one sense, this was an affirmation of relevance and, in another, a reminder of vulnerability. Is this the “public” in public media? Or are there multiple publics that currently need to be recruited?

In some ways, this audience was indeed the public that authors of the Public Broadcasting Act had in mind when they talked about a Chautauqua to raise the level of television content from the “vast wasteland” that much of commercial broadcasting had become. It was an era of limited choices and scarce distribution options.

Of course, when we look at the technological innovations of the last 50 years, it’s impossible to ignore the myriad options with which the average person can now engage with media. As is commonly reported, public media is in perpetual competition with every piece of content ever invented in the history of humankind, from a cat video to Gone with the Wind.

“It is time to look at the hard fact that far less than half of the money going into public radio, for instance, flows into creative content. This must change.”

Today, the “vast wasteland” is everywhere. But also in the environment are moments of brilliance that public media competes against on all media platforms. National Geographic, which I have the privilege of overseeing, has transitioned from a traditional print vehicle to the largest digitally distributed publishing brand of content in the world, with 78 million followers on Instagram alone.

For public media to be relevant in the future, it must not be “playing defense” for audiences on distribution platforms invented decades ago. It must continue to forge ahead on creating native content for platforms relevant to today’s engagers, especially millennials. Public media becomes the public library of content, available to all and curated for learning.

Education for pre-K to 12th-grade students is one key asset. Strong journalistic reporting in underserved areas is another. Nowadays, that means state capitals and foreign ones.

The focus on content first and distribution second may doom the linear schedule of many local outlets. These public broadcasters will be required to reinvent their futures as enhanced creators of local content that’s locally bundled to boost relevancy and serve their communities. This can’t be lip service. It will require a hard turn and painful decisions that affect finances, people and structures.

At the risk of being politically incorrect, it is time to look at the hard fact that far less than half of the money going into public radio, for instance, flows into creative content. This must change. Public media will need to take a fresh look at whom in the public it is serving and what it is serving them with, with little or no filter to rationalize existing distribution models.

The good news is that people will seek more effective programming as they become more interested in discussing real answers to real questions. It’s a creative challenge, first and foremost. And it requires reaching and inspiring today’s agnostic consumers with the best storytelling around.

This essay is adapted from Gary Knell’s remarks during an exploratory meeting on the future of public media, convened in June by the American Academy of Arts and Sciences. Bill Baker, president emeritus of WNET in New York City and director of the Bernard L. Schwartz Center for Media, Public Policy and Education at Fordham University, organized the meeting. He is overseeing Fordham’s publication of a booklet of essays by meeting participants, which Current is republishing with permission.