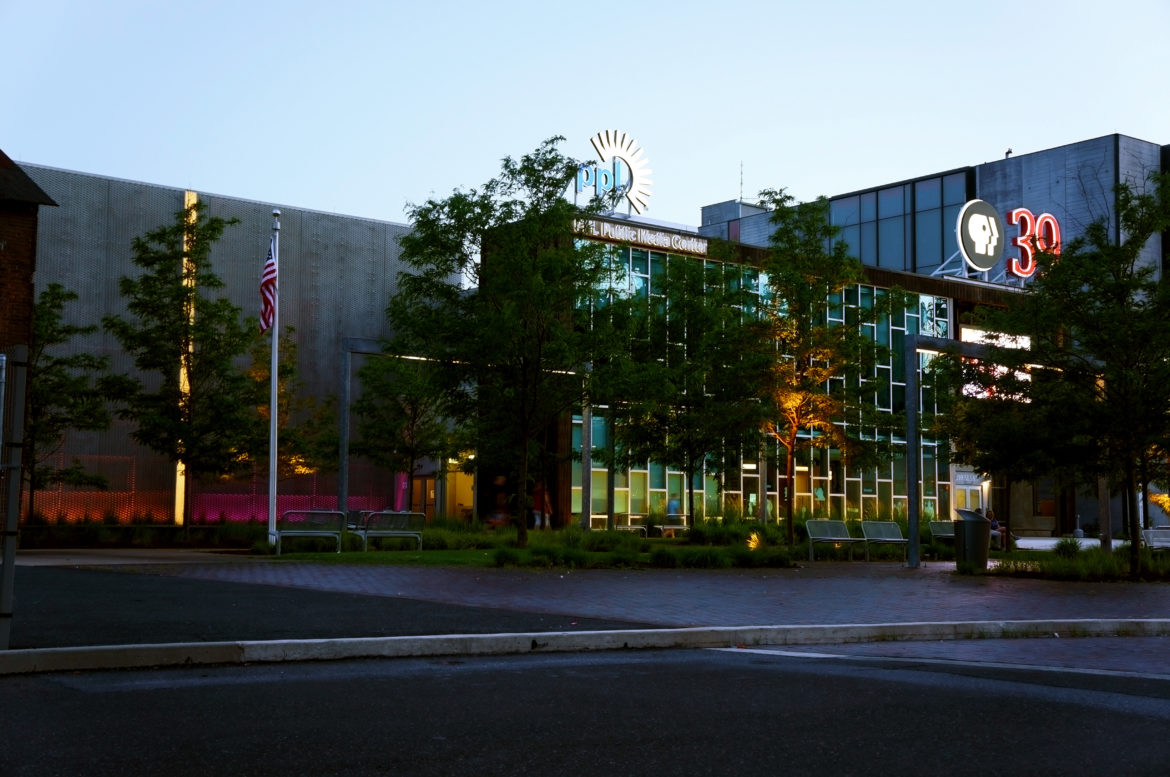 The studios of PBS39 in Bethlehem, Pa.

A man was arrested during a town hall with Sen. Pat Toomey broadcast live by a public TV station after reportedly suggesting that the senator’s daughter had been kidnapped, according to a news report.

Toomey, a Pennsylvania Republican, was taking questions from social media and an audience for an hour at PBS39 in Bethlehem, Pa., before Simon Radecki, 28, approached the microphone. He was among the 54 ticketed guests of the event Thursday.

Radecki was interrupted by security, pulled behind a curtain and escorted outside, according to Lehigh Valley Live.

In a Facebook post, Radecki later said he was trying to force Toomey to empathize with immigrants benefiting from Deferred Action for Childhood Arrivals, a President Obama–era plan protecting undocumented people brought to the U.S. as children from being deported. President Trump has said he is considering terminating the program.

Radecki wrote that if he had been able to finish his question, he would have asked Sen Toomey his position on the program. “So here’s my question,” Radecki wrote. “Do you unequivocally denounce any attempt by the administration to reverse DACA, which would hang the threat of deportation over hundreds of thousands of children the same age as Bridget?”

“Laura McHugh, PBS39’s host for the town hall, apologized on-air for what she called a disturbance,” according to Lehigh Valley Live.

Update: The station posted a video of the town hall on its website Friday. The footage lacks audio during the exchange between Radecki and Toomey, which begins at about 44 minutes in.

A written recap with video did not mention Radecki but noted that protesters were outside the event. Some called the event a “fake town hall,” criticizing the small size and mediated nature of the event, according to the station.

The station released a statement Friday condemning Radecki for violating its code of conduct.

“We regret the statement made by the member of our studio audience during last night’s broadcast of our town hall meeting with Senator Pat Toomey,” said CEO Tim Fallon. “PBS39 unequivocally condemns this inappropriate act, and we would like to express our heartfelt and sincere thoughts to the Toomey family at this time. Actions like these are entirely unacceptable and have no place in the constructive and meaningful civic dialogue that PBS39 seeks to promote in our community.”

The code of conduct “specifically addresses harassment and the disruption of the televised program,” according to the station.

On Twitter, some suggested the station was being selective about the questions that aired and hoped a member of the audience would ask Toomey about DACA.

They're being very choosy about what questions they're approving

Bele Morozzo is 26 y.o. DACA recipient. Says she'd ask Toomey would you do to ur kids what might happen to her? pic.twitter.com/itxjHlm5K2