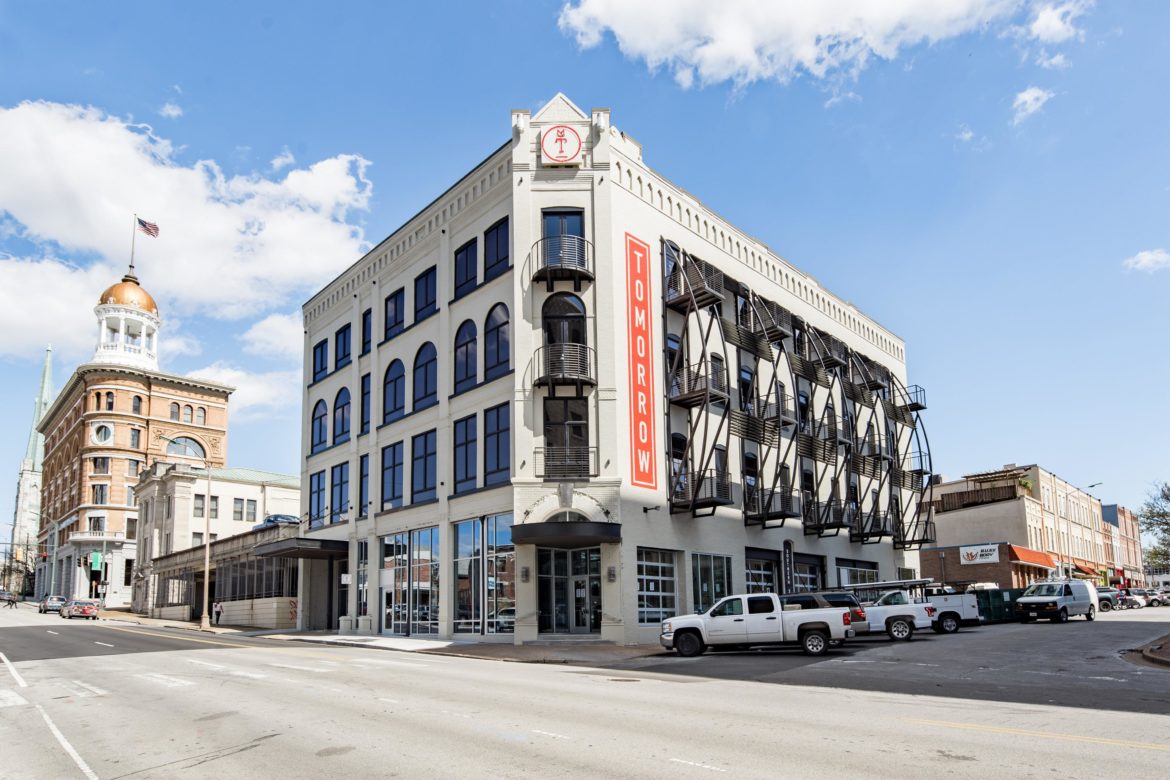 The historic Tomorrow Building is home to the Palace Picture House, which hosts screenings for the Chattanooga Film Festival and "PBS at the Palace."

A Tennessee PBS station has partnered with the Chattanooga Film Festival to present a free monthly screening event series, “PBS at the Palace.”

For the Sept. 14 kick-off, sustaining members of Chattanooga-based WTCI receive priority reservations and seating at the city’s new art-house cinema, Palace Picture House. The event is free and open to anyone who wants to preview featured programs from PBS’s fall schedule, including The Vietnam War.

The Palace is headquarters of the Chattanooga Film Festival, a new partner with WTCI, and the relationship works both ways. WTCI sponsored this year’s festival and was looking to create more events where its members and other guests can meet each other and enjoy PBS programs on the big screen.

Each screening will have concessions for sale, and open with a social mixer. The program for Sept. 14 opens with an episode of Greater Chattanooga, a local storytelling program, followed by the Season Three premiere of Poldark, and a 30-minute segment of the highly anticipated documentary on the Vietnam War by filmmakers Ken Burns and Lynn Novick.

“The idea of this partnership is that you come and watch a show with your friends, who you know you love, and the you discover content that you didn’t know you loved,” said Jennifer Crutchfield, WTCI’s director of public relations, community engagement and education.

WTCI is promoting the screenings on social media and in its bimonthly program guide, and via email blasts to members and print ads in the Chattanooga Times Free Press and Chattanooga Magazine. It also plans to market the series with a billboard campaign that launches later this month.

The screening series adds a new kind of perk to WTCI’s membership program. In addition to on-demand access to WTCI and PBS programs through Passport, the PBS.org streaming service that rolled out in 2015, members receive the station’s program guide a subscription to the Chattanooga Magazine.

“PBS at the Palace” “gives us an opportunity to expand people’s ideas on who we are and what we are providing as a station,” Crutchfield said, describing the community-engagement strategy behind the series.

With a signal that broadcasts to 35 counties across southeastern Tennessee and in four states, WTCI staff may take the screenings to other regional theaters if the Chattanooga events are popular, according to Crutchfield. Because Chattanooga is a tourist destination, she believes the screenings will draw members from outside the city.

The October screening will feature the POV film “Swim Team,” which documents an autistic swimmer on a highly competitive team, as well as some to-be-determined episodes and clips of Masterpiece, Independent Lens, POV, ITVS and American Experience programs.