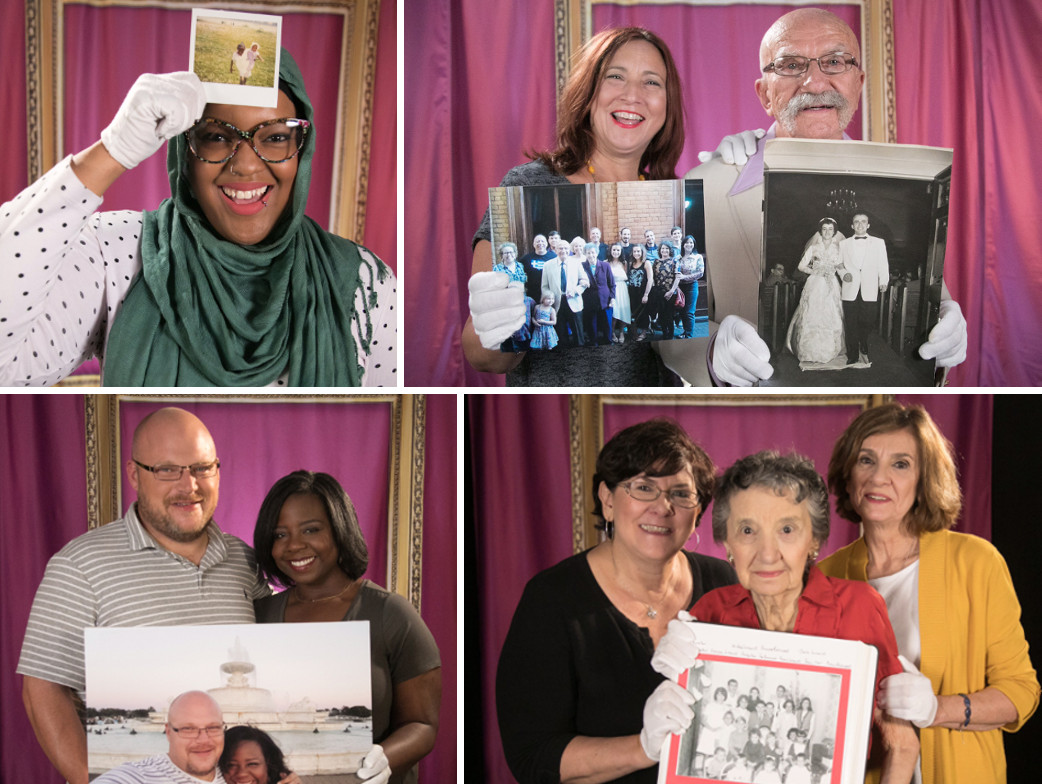 Participants in the "Family Pictures USA" pilot donned white gloves as they shared their treasured photos with the production team.

For five weeks in Detroit, a parade of more than 100 people turned out at events to show their photo albums to a camera crew. Wearing white gloves as they handled treasured family images, they relayed stories stretching back generations.

One woman spoke about her grandmother, who had once denied a loan to Henry Ford. Another told her biracial daughter about coming to terms with the fact her deceased father was a racist.

“It makes me feel kind of sad how people thought,” said the daughter, Audrey, about the grandfather she never knew, “but I guess if I met him, I could love him as much as my mom did.”

The outpouring of memories was captured during shooting of a new public TV pilot, Family Pictures USA. The show is the brainchild of Thomas Allen Harris, a New York–based documentary filmmaker and photographer with a longtime interest in what he calls “people’s histories.”

“I think people have been dying to share these stories,” Harris told Current. “There’s this connection between the family images that we choose to keep and the feeling attached to them. So when we come in with a story, we may not be aware that we also come in with a feeling.” 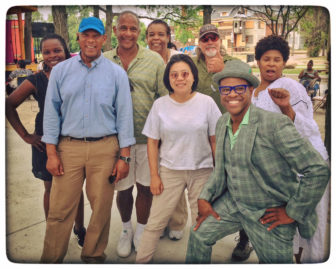 Harris hopes to share that feeling with the PBS system when Family Pictures USA airs on the World channel. His production company, Digital Diaspora Family Reunion LLC, filmed the first episode with the participation of Detroit Public TV and is working toward a projected airdate of 2018. Harris is in talks with other stations about filming additional episodes under a similar collaborative model and will share the pilot within the system this fall.

Format-wise, Family Pictures USA bears similarities to Genealogy Roadshow and Finding Your Roots, both of which feature participants learning more about their family lineage with the aid of researchers. But Harris’s approach is more low-key. No historians appear to trace or verify the family stories.

“It’s really looking at the city through the family photographic albums,” Harris said, adding that he hopes to include scholarly input on educational material to accompany the show.

As he continued to seek additional funding for the production, Harris pitched it to foundation officers at this summer’s Media Impact Funders forum in Washington, D.C.

Harris is used to the world of public TV, having spent six years as a producer at New York’s WNET before going independent. He has directed three feature-length documentaries that have aired on PBS and World and has shown a longtime interest in blending personal memories with larger societal history.

In That’s My Face (2001), which aired on World as an episode of AfroPoP, Harris uses old Super 8 recordings of his life growing up in a Christian family in the Bronx (and briefly in Dar es Salaam, Tanzania) as a jumping-off point for a discussion of black Brazilians and African gods. The POV episode Twelve Disciples of Nelson Mandela (2006) digs into the life of Harris’s stepfather, Benjamin Pule Leinaeng, a South African who helped form the African National Congress in exile while the country was under apartheid. And his 2014 Independent Lens film, Through a Lens Darkly: Black Photographers and the Emergence of a People, is a discussion of the history of African-American photography.

Family Pictures USA grew out of Digital Diaspora Family Reunion, a transmedia project that Harris has produced since 2008. Harris was working on Through a Lens Darkly when he began the production by recording family stories as he traveled around the country. Digital Diaspora holds live events and workshops in addition to producing a web series, photography and other components from the material gathered. In both Digital Diaspora and Family Pictures USA, on-camera participants wear white gloves, to emphasize the sacred qualities of the photographs.

Harris had been in the early stages of planning a full-length series as an offshoot of Digital Diaspora when he won grants from the Ford Foundation and the Wyncote Foundation (also a funder of Current) to bring Digital Diaspora to Detroit. The occasion: the 50th anniversary of the 1967 social unrest that decimated much of the city. With additional pilot funding from the National Minority Consortia, and the Independent Television Service in an advisory role, Harris saw an opportunity to launch Family Pictures USA.

“We tell people all the time that we live in the most important city in America,” said Rich Homberg, president of DPTV, on why Harris’s project appealed to the station. “Our history is not only unique, it’s relatively recent. Most of the people we meet in Detroit can instantly tell you when their family arrived here.”

DPTV has been fertile ground for national show collaborations. It hosted This Old House for a 10-episode run that aired in the spring, and was the setting for the second-ever episode of Genealogy Roadshow in 2013. Both programs, in their own ways, also dealt with Detroit’s history.

The station provided resources to Harris’s team during filming and helped spread the word for Detroiters to join the tapings at local cultural institutions such as the Detroit Institute of Arts and the Arab American National Museum in nearby Dearborn. It also mounted community engagement events around the production, including a taping on the corner of 12th and Clairmount Streets, where the 1967 riots began after Detroit police raided an after-hours club operating without a liquor license.

This sort of outreach effort is Harris’s vision for future station collaborations. He describes Family Pictures USA as a “local-slash-national show.”

“The idea is, we would be activating local audiences, helping to show off relationships between local stations and local audiences, providing local content and also constructing a national show,” he said. Harris said 20 stations have expressed an interest in working with him.

Homberg believes Family Pictures USA provides a model for increased collaboration with independents, a move that will become more necessary across public TV. “All the signs point to a system built around partnership, engagement and being able to play with PBS partners and new systems and new voices in a variety of ways,” he said. “That’s not easy, but as we carve a path toward doing that, it can lead to incredible opportunities for stations.”