New York pubcaster WNED filed a new lawsuit this month against LeVar Burton over Reading Rainbow, this time accusing the former host of hijacking an online library and transferring the show’s distribution rights to a friend. 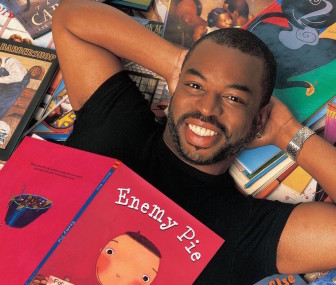 The complaint is the latest salvo in what WNED describes in a court document as “contentious litigation” that has been going on for two years between the Buffalo station and the actor, who wants to modernize the brand.

WNED owns rights to the original Reading Rainbow, which the station launched on PBS in 1983. In 2011, Burton’s RRKidz organization negotiated licensing rights to market and distribute episodes of the show on digital platforms, create an app and sell certain merchandise, with WNED receiving a revenue cut.

But by 2015 that business relationship had soured, and WNED sought to terminate the deal. It claimed in a 2016 lawsuit that RRKidz was “illicitly and methodically” attempting to take over ownership of the Reading Rainbow brand.

Now the station accuses Burton of violating their agreement by transferring distribution rights for Reading Rainbow episodes Aug. 1 to Raymonds Capital, owned by a friend of Burton’s. The lawsuit alleges that Burton “secretly had pledged those rights” to Raymonds “in exchange for $2.5 million.”

As a result, WNED said in its complaint, the station “has no meaningful access to Reading Rainbow customers, no control over the distribution of the classic Reading Rainbow series and no revenue from the exploitation of either the series or ‘Reading Rainbow Skybrary.’”

Attorneys for RRKidz have not yet responded to the complaint. According to court filings, WNED and RRKidz are negotiating a settlement of their original case.