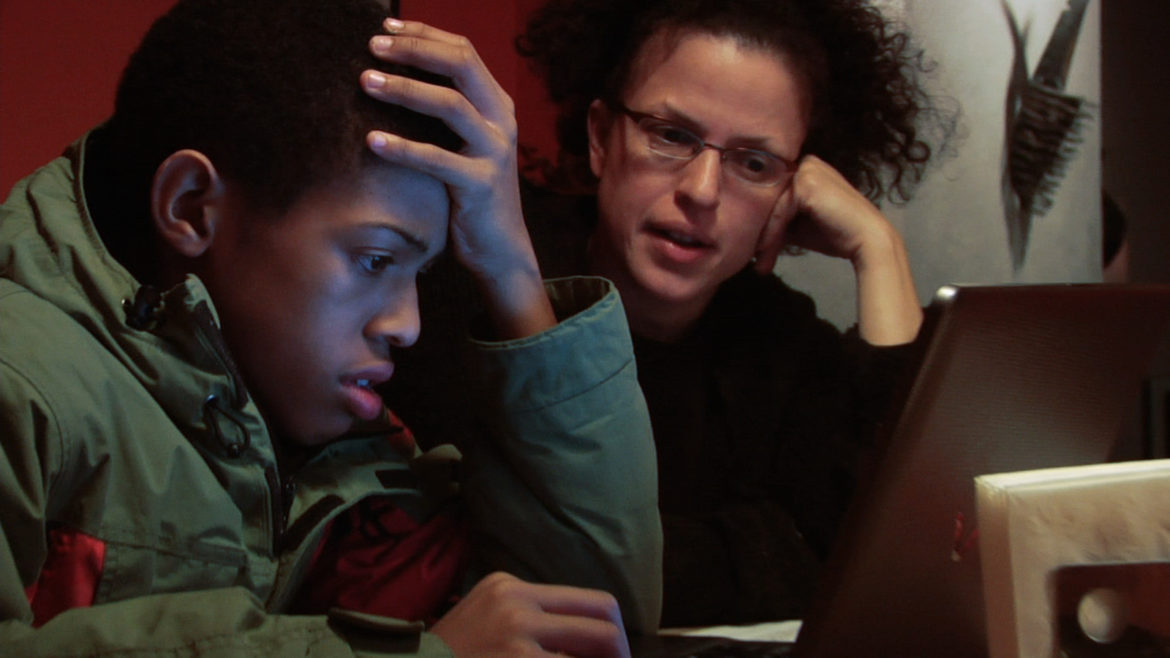 Idris Brewster and his mother, Michèle Stephenson, appeared in "American Promise," for which the Independent Television Service was a co-producer.

How representative is the America represented in public TV’s documentaries? That’s a hot topic at a moment when media behavior is under scrutiny and when public broadcasting’s budget is being debated. Really, it’s always an important topic whenever taxpayers help to fund expression.

At the Center for Media & Social Impact, we have a longstanding commitment to understanding the role of public media in the democratic process. We saw this moment as a timely one to ask what kind of America is portrayed in the point-of-view documentaries that uniquely explore realities that often go unexplored.

Fortunately, we could draw upon a rich source of data. The Independent Television Service not only co-produces and funds such work, as its core mandate from CPB and Congress, but also has extensive records of such funding. It’s not the only public TV producer of such material, but certainly the one that creates it the most and has consistently done so the longest.

ITVS granted us limited access to data that focus on the demographics and locations of the films it has funded for the last ten years, for the purpose of analysis. The results of our work — the combination of calculating and analyzing ITVS’ self-reported data, along with our own original analysis of story themes and characters — are available in a new CMSI report, American Realities on Public Television. This work examines the past decade (2007–16) of ITVS-funded documentary films that focus on U.S.-based stories, a total of 342 films. Notably, many of these films have been bestowed with some of the highest honors in journalism and entertainment, from News and Documentary Emmy Awards to Peabody Awards and more.

For our analysis, we examined the demographics of the filmmakers — gender, race and age. Based on the detailed synopses of all of the films, we gathered the same kind of information about lead characters where available. We assessed where the films are situated, both in what part of the country and whether they are located in rural or urban areas. We compared this information with U.S. Census data. Finally, we asked what issues the films address and how those issues line up with those that Americans say in a monthly Gallup poll are their top issues of concern.

What did we learn? We found that the documentaries co-produced and funded by ITVS are made by women and people of color more often than other forms of media, like scripted films and Hollywood. Makers are more likely to be diverse than the general population. Racially, 41 percent self-identified as white, far under white representation in the general population (either 61 percent or 77 percent, depending on whether you include the Census category of “Hispanics” as white). They are much more likely to be female than is typical in other media environments. Forty-eight percent of makers were women, and 38 percent were men (13 percent declined to identify themselves). The over-representation of makers and characters of color, and the high proportion of women, reflect Congress’ reason for creating ITVS, and CPB’s commitment to diversity. The rich tapestry of American cultural experience and the voices of women are often underrepresented in other media.

Who are the people featured in those films as characters we see on screen? They’re often people of color, and women take the lead in more than a fifth of the stories. They are typically adults working in their communities to make them the best they can be. Their jobs include community-serving professionals (military service members, religious/faith leaders, medical personnel, law enforcement professionals and educators), parents, artists, people involved in civic engagement, community leaders and elected officials, and immigrants.

Where do the makers and the characters come from? All over the country. Filmmakers come from 33 states and the District of Columbia, an area that in total represents 84 percent of the U.S. population, according to 2016 U.S. Census data. The stories they tell focus on life in all four major regions of the United States, including the West (27 percent), South (19 percent), Northeast (18 percent), and Midwest (12 percent), including rural America.

Perhaps the closest overlap between American realities and ITVS documentary realities was in the social issues portrayed in the film stories. ITVS documentaries focus on issues that correspond with the long-running Gallup “Most Important Problem” survey of Americans, including race relations/racism, economy, government, health care, immigration and national security/war. 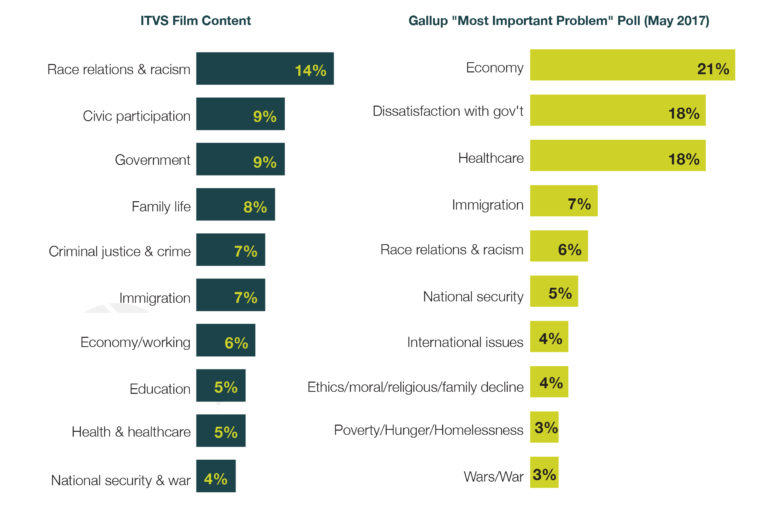 Our study is a first step — we didn’t look at trends over time. It’s a snapshot of the last ten years, overall. But it’s a start. We can say that these documentaries represent all kinds of Americans, from all over the country, employed in pursuits that contribute to their communities and addressing concerns that are the top-of-mind concerns of Americans today. The documentaries, by makers from all over the U.S., provide stories of rural as well as suburban and urban America, the voices of ethnic and racial diversity and of women.

We think the results make an impressive statement about public media’s role in representation. They point to an important function of public media in telling stories that otherwise won’t be told, stories that help an open society understand itself.

Caty Borum Chattoo is director of the Center for Media & Social Impact at American University’s School of Communication. Patricia Aufderheide is university professor in the School and Senior Research Fellow at CMSI, as well as a board member of ITVS.