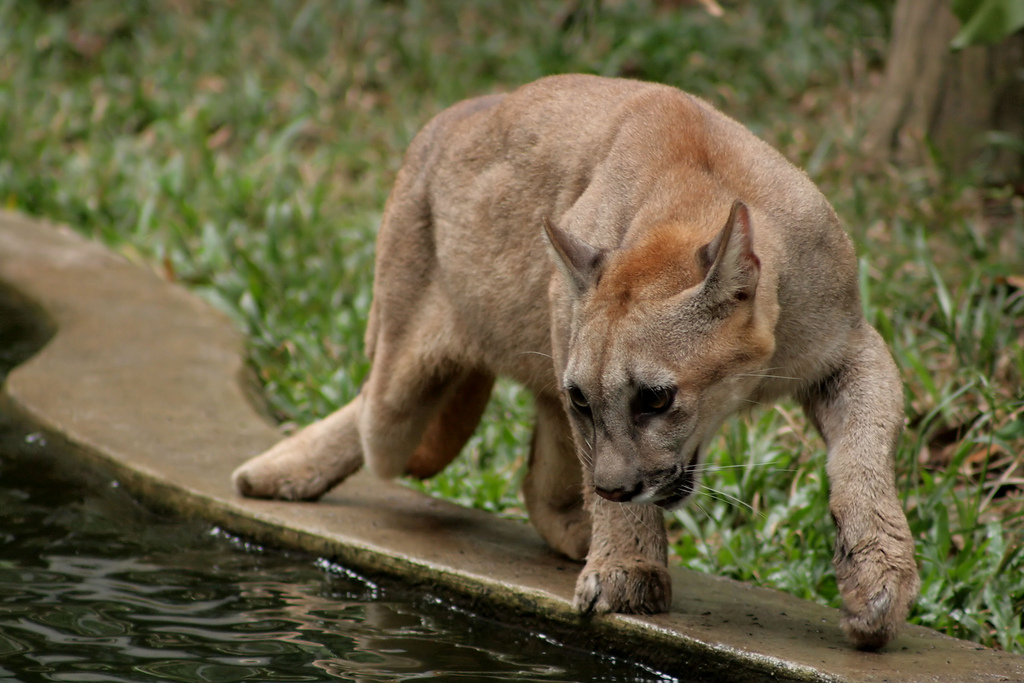 An ecologists’ study has found that the voice of Democracy Now! host Amy Goodman, along with those of other broadcasters, strikes fear in the hearts of mountain lions.

According to the Washington Post, scientists at the University of California at Santa Cruz wanted to test how mountain lions react to the sounds of humans. They installed motion-sensitive cameras at sites where lions store dead prey. Lions visiting the site would trip a camera and an audio clip of Goodman, Rachel Maddow, Glenn Beck or Rush Limbaugh.

Almost all lions that heard the recordings immediately fled. More than half never returned to the site.

All of the voices were equally frightening, which speaks to a larger truth: Politics aside, humans are still top dog (or cat) in the animal kingdom.