WBGO in Newark, N.J., won the most awards among newsrooms with 1–3 full-time staffers. The station took the breaking news award for “Hoboken Terminal Crash,” coverage of a New Jersey Transit commuter train that hit a barrier at a Hoboken, N.J., station, resulting in deaths and injuries.

The station also received first place wins in news/public affairs for WBGO Journal, a half-hour weekly newsmagazine, and in spot news for “Civil Rights and Jazz,” a panel discussion in celebration of Dr. Martin Luther King Jr. WBGO won a fourth award in the enterprise/investigative category for “Diesel Trucks and Asthma,” about the public health crisis posed by exhaust from diesel trucks and increased rates of asthma near the Port Authority of New York and New Jersey.

WPLN-Nashville Public Radio won the most awards among stations with 4–7 full-time staff. In the category of continuing coverage, the station won for “Gatlinburg Wildfire Coverage.” It won in the newscast category and took the spot news category with “This Scene at a Nashville Precinct Suggests a Divided Country Can Come Back Together.” The station also won in the podcast category for Curious Nashville, which answers audience-submitted questions about the city, Middle Tennessee and its residents.

WPLN also took home the most awards in the nationally edited division, receiving honors for breaking news and news feature.

New Hampshire Public Radio took home the most awards among stations with 8–15 full-time staff. In the call-in programs category, NHPR’s The Exchange won for “Ancient Tales, Modern Warriors: Veterans Look to ‘The Odyssey’ For Help Adjusting to Civilian Life.” NHPR also won in the interview category for “Writers on a New England Stage with Judy Blume,” which was recorded live last summer. Finally, NHPR won for use of sound in “New Ski Jump Has New Hampshire’s School Champions Flying High.”

Among stations with 16 or more full-time news staff, KERA in Dallas and KCRW in Santa Monica, Calif., each won three awards. KERA won for commentary with “Confronting Bigotry in Others and Ourselves,” by William Holston, executive director of the Human Rights Initiative of North Texas. The station also won in the newscast category for “The Shootings, the Suspects and 24 Hours in Dallas,” coverage of a gunman’s attack on a peaceful protest. KERA also won in spot news for coverage of traffic.

KCRW won in the short documentary category for “Peacemakers: The Activist,” about a 69-year-old grandmother who turned anger into action after witnessing repeated shootings in her community. The station also won in the soft feature and arts feature categories for “The Epic Story of the Beach Boys and the ‘Pet Sounds’ Goat.”

Out There, a podcast about the outdoors hosted by a former Wyoming Public Radio reporter, was the only winner in the independent division. It won in the podcast category.

In consumer journalism periodicals, the Center for Public Integrity and The Associated Press won for “The Politics of Pain,” a look at the role of big pharmaceutical companies in the opioid painkillers crisis.

In Washington Regional Reporting, Washington Bureau Chief Abby Livingston of The Texas Tribune won for her work looking at the Texas delegation in Washington. The prize recognizes reporters who “demonstrate excellence and versatility in covering Washington from a local angle,” according to the Press Club.

The Sandy Hume Award for Excellence in Political Journalism went to ProPublica campaign finance reporter Robert Faturechi for his “strong work, including a story on the effectiveness of a lobbying campaign,” according to the Press Club.

The Joseph D. Ryle Award for Excellence in Writing on the Problems of Geriatrics went to Anna Gorman of Kaiser Health News for “Diagnosis Unprepared,”  a look at key issues in health care.

First-place and honorable mention winners of the National Press Club Journalism Contest will be recognized at an annual awards dinner July 28 at the NPC in Washington, D.C.

KQED in San Francisco was recognized for its Teach courses that take place in an online platform developed by KQED Learning. The platform tracks user progress and encourages sharing and feedback through an integrated social community.

WNYC’s On the Media, hosted by Brooke Gladstone and Bob Garfield, was recognized for investigating how media shapes worldviews. 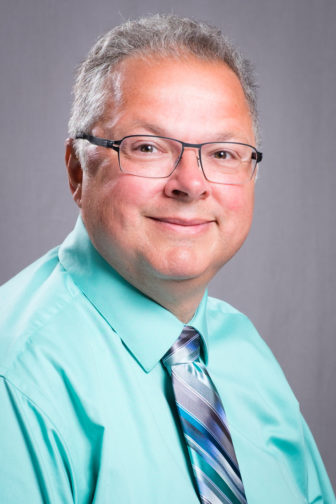 Mark Heyne, host of Cincinnati Edition on Cincinnati Public Radio, received the 2017 Anthony Lewis Media Award from the Commonwealth of Kentucky’s Department of Public Advocacy for “The Work of Public Defenders in our Legal System,” a 30-minute show that included conversations with representatives of local trial offices about their work and challenges.

The awards presented by the Catholic Academy of Communication Professionals honor film, video, audio and online publishing that “entertains and enriches with a true vision of humanity,” according to the organization. The awards were presented at the Catholic Media Conference in Quebec City, Canada, last week.

In the Radio category, Minnesota Public Radio won for Documentary, Local Release for “Kaddish,” a reflection on the Holocaust in music and words. The show aired on Holocaust Remembrance Day. MPR also won in the New Media category, Facebook, Single Post for “Bridge of Song,” related to a community sing-along after a fatal police shooting in the Twin Cities.

WWNO in New Orleans won in the Radio category, Short Feature, Local Release for “With so many homeless caught up in the criminal justice system, New Orleans holds court at a shelter.” The story was produced by Unprisoned, a Localore project with the Association of Independents in Radio.