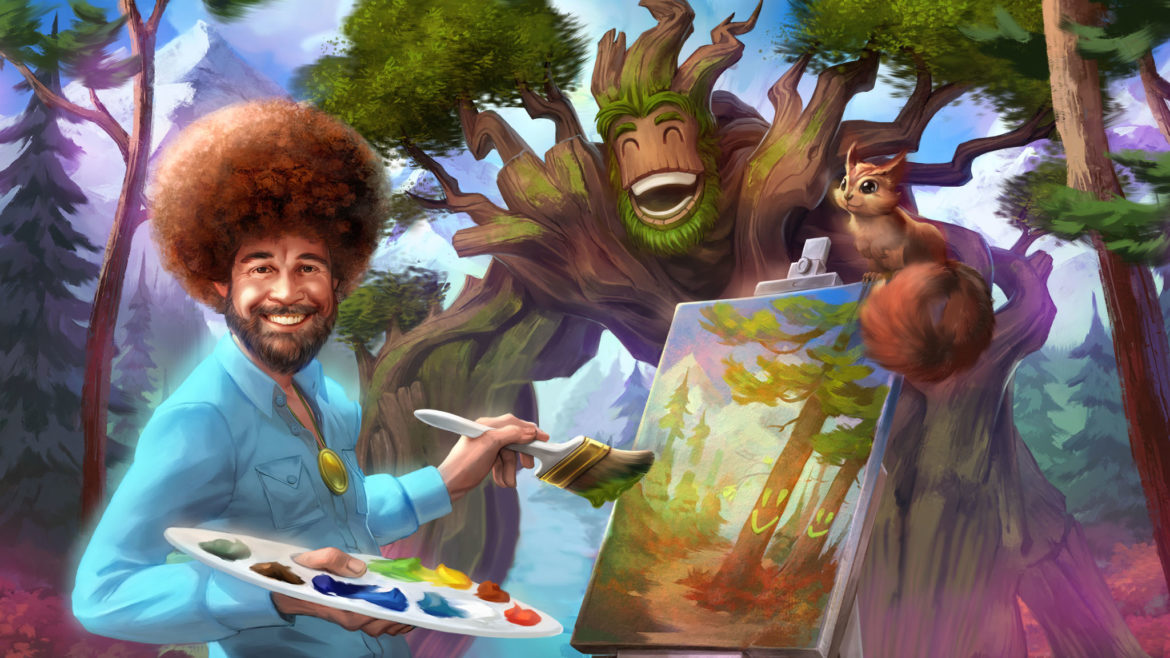 Ross appears in “Smite” from Hi-Rez Studios, according to the gaming news site Polygon. He’s a skin for the character Sylvanus, one of the game’s gods. (For you non-gamers out there, a skin is a graphic file that changes a character’s appearance.)

“The Bob Ross skin will turn Sylvanus into the painter, complete with brush, palette and easel,” according to Polygon. “Sylvanus’ treant, which he rides during matches, will also get the Bob Ross treatment in the form of a big smile and a bright green beard.” (A treant is a giant walking tree, of course.)

Also, Sylvanus’ “ultimate ability,” the Wrath of Terra, “no longer summons deadly roots from the ground; instead, an array of paintbrushes will burst forth from the earth, damaging foes and painting the ground with a Bob Ross-style landscape,” Polygon reports.

Hi-Rez is offering a Bob Ross Bundle with other features, such as a loading screen background. It was released for Mac and Windows Tuesday and will be available for gaming consoles May 16.