Stations worked with Goodworld.me, a social fundraising platform that aims to streamline making donations via Facebook and Twitter. The pilot explored whether Goodworld can enhance pledge by providing a new stream for acquiring “microtransactions.”

PBS leaders say the pilot was a learning experience for stations and provided a revenue stream that meets donors where they are. The station leaders who directed the pilots said they’re happy to have another fundraising channel, but some were disappointed with the results. 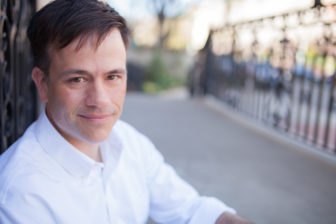 “We knew going into it this wasn’t going to be a huge money-maker,” said Chas Offutt, senior director of development services for PBS Development. “Cultivation takes time. It’s really the starting point to think through your fundraising strategy to include far more diversity in how you engage your supporters, your members.”

“This is a technique that our system as a whole needs to start developing,” added Tracy Ferrier, director of core strategies with PBS Development Services.

Twenty-nine stations received a total of $613 in 29 donations, with 18 donations coming in through Facebook and 11 through Twitter. Some donors indicated an interest in donating but failed to fill out a form to complete the transaction. The stations saw 167 incomplete donations that would have amounted to $1,844 — 132 from Twitter and 35 from Facebook, according to a report on the pilot prepared by PBS Development Services and participating stations. Goodworld sees a conversion rate of 63 percent on Facebook and just 3 percent on Twitter, according to PBS.

From March 2–20, participating stations asked social media followers on Facebook and Twitter to give by replying with “#donate.” Using the hashtag prompted an auto-reply from the station providing a secure link to a mobile-optimized form populated with the donor’s name and email address. Donors needed to fill out the form and give payment information to complete the transaction.

Stations tied pitches to shows that have proven popular on social media. Messaging around Hamilton, Victoria and Ken Burns’ documentaries was among the top fundraising content used by stations. PBS Development Services provided six to eight posts per show for Facebook and Twitter. On average, stations posted 28 fundraising-related messages.

About 10 stations received Facebook donations, while about seven received gifts through Twitter, Offutt said. Some stations got no donations at all.

A PBS survey found that 29 percent of stations saw an increase in engagement such as likes, retweets and comments when they included “#donate” in messaging. The increase may have been due to supporters’ curiosity about the hashtag, though each station’s approach to social media may also have played a factor.

“Whatever past practices that have occurred really help to influence the level of engagement moving forward,” Offutt said.

With PBS promoting the pilot to participating stations weeks in advance, KSPS in Spokane, Wash., “had really high hopes for it,” said Membership Director Skyler Reep. The station closely followed guidelines from PBS and Goodworld.

KSPS tested the #donate hashtag prior to pledge and saw few donors respond. “We were really hoping that pledge would take off,” Reep said. “The results weren’t great. We made $120, which is fine, but nothing crazy.”

Donations came entirely from Facebook, Reep said, with all would-be Twitter donors failing to complete their gifts. The station reached out to those people, but “the urgency had passed in all cases, so they didn’t respond,” Reep said.

KSPS posts on Facebook 10 to 12 times a day. The donation prompts fit well with its other posts, Reep said.

“We don’t consider it a loss at all,” Reep said of the pilot. “It was underwhelming in a way, but we still have this new method or means that we think is totally valid.” KSPS plans to continue experimenting with Goodworld by asking an audience to use the #donate hashtag during an event, Reep said.

CET in Cincinnati and ThinkTV in Dayton received no donations from the pilot, said Kellie May, public relations and digital media specialist for the nonprofit that operates the stations.

“Financially, it didn’t work this time, but I think people need to get familiar with the concept of using ‘#donate,’” May said. “I think they will. I just don’t think we’re quite there yet.”

The donation forms lacked station branding but featured a Goodworld brand. The response from stations and the number of incomplete donations suggested that adding station branding to the forms would have lifted conversions, Offutt said.

“People are hesitant to put your credit card somewhere new that you have to keep track of,” Marks said. “Although ultimately it’s more secure if people can get past that hurdle, because then you just use #donate and you’re not moving your credit card around.”

Houston Public Media received no donations via Facebook or Twitter, Marks said, and its Facebook posts asking for donations received lower engagement compared to other posts.

“It really did not do anything for us,” she said. “I’m disappointed that the uptake in the market is slow. I really had hoped it was going to be a good tool for us to use, but it’s certainly not bearing out that way.” The approach would not be a “priority strategy” for HPM in future drives, Marks said.

PBS Development Services had invited stations to apply to participate in the pilot. It initially intended to accept 10 stations but opened the pilot to all 29 stations that applied to better reflect a variety of markets, licensee types, station sizes and social media resources, Offutt said.

Through the pilot, PBS Development Services learned that social media producers, who often belong to larger digital and marketing teams within stations, need to be brought into pledge efforts earlier to enable an integrated campaign. Because social media producers at smaller stations are typically lower-level employees, they were often not included in meetings and discussions and lacked influence to shape the effort, Offutt said.

“Often the work they receive and requests they receive are, ‘Can you do this on this day?’” he said, “instead of, ‘How would you think through [and] support the campaign to raise more money?’”

PBS Development Services also needs to improve its coordination of tools and resources to make future social media fundraising campaigns easier to implement, according to a report on the pilot.

With the pilot over, “we are exploring how a deeper partnership with Goodworld can allow for better integration with some of the products we have at PBS, Passport being one of them,” Offutt said.