Skip Hinton, president of the National Educational Telecommunications Association since 1989, will retire in November.

Hinton began his career in public broadcasting in 1968 as production manager at the Montgomery Public Television Center in Alabama.

“My proudest moment was in the summer of 1969,” Hinton said, “driving around Alabama with a 16mm projector and a 33-minute screening reel for a new series called Sesame Street.” 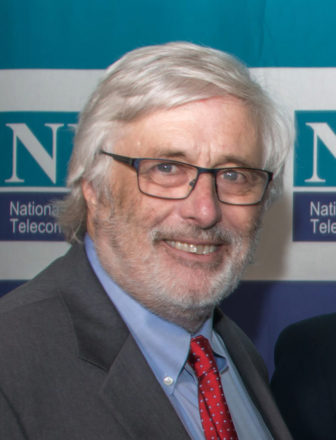 Hinton showed the program at children’s centers around the state. “I’ve never forgotten that experience,” he said. “The kids loved it. And I loved watching them love it. And that showed me what this system could be. It showed me the promise of the 1967 Act.”

In 1970 he rose to direct the Montgomery center, designing and implementing Alabama Public Television’s first news and public affairs productions, including legislative coverage and documentaries.

After serving as executive director of University Television Services at the University of Alabama College of Communication, Hinton returned to Alabama Public Television in 1982 as GM.

Hinton said another highlight of his career was the 1984 Wingspread Conference on Editorial Integrity in Public Media, which he helped organize through his leadership in the Southern Educational Communications Association, forerunner of NETA. The influential meeting created the first editorial guidelines for the system.

For several years Hinton has also served as staff support coordinator for the Organization of State Broadcasting Executives and the Affinity Group Coalition, a policy and planning group representing public TV licensees.

Hinton said NETA is at a good point for him to step back. “We’re strengthening our focus on education, engagement and local content for our members,” he said. “It’s an appropriate time to bring in new leadership.”

He added that he hopes to stay in touch with friends throughout the system. “And if anyone wants me to answer phones during pledge, I’m available,” he said.

Tardivo, who joined PBS in 1998, served as interim CFO since January 2017, after Barbara Landes left the organization. 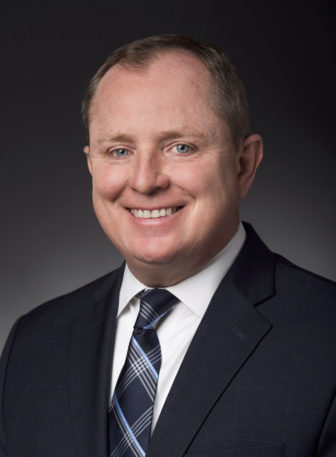 “During his two decades at PBS, Tom has proven to be a natural leader and a valued strategic partner,” said PBS President Paula Kerger in an announcement.

PBS initially hired Tardivo as controller of PBS Home Video. He rose to senior director of finance for PBS Ventures, now known as Public Media Distribution. Tardivo left to oversee business operations at XM Satellite Radio and returned to PBS in 2005 as vice president, strategic asset management. In that post he oversaw financial management of all content-related revenue-generating enterprises, including sponsorships, licensing and merchandising.

In 2014 Tardivo was promoted to SVP, finance and business development. During his tenure, he oversaw affiliate and management relations for the Sprout TV network and the negotiation and sale of PBS’s equity interest in the venture.

Earlier in his career Tardivo spent two years as accounting manager for the NBA. 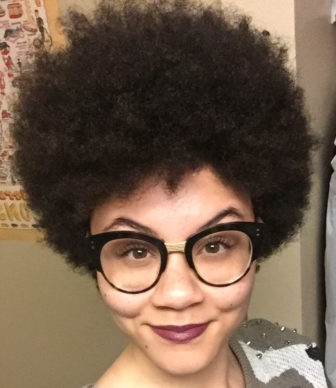 Rhode Island Public Radio has hired reporter Avory Brookins to cover the environment. She arrives from Wisconsin Public Radio, where she worked as a general assignment reporter. Previously Brookins covered science and the economy for WHYY in Philadelphia.

Nathan Langfitt and Carla McElhaney have joined classical KMFA in Austin, Texas, as on-air hosts. Langfitt, who will host Sunday Matinee, previously worked as a classical announcer for WRKF in Baton Rouge, La. He’s also a percussionist and lectures in the College of Fine Arts at the University of Texas at Austin. McElhaney will host Night Music. She is a pianist and co-founder and artistic director of Austin chamber music and arts collective Revel. KMFA host Carmel O’Donovan, previous host of Night Music and Sunday Matinee, has moved on to new pursuits, the station said in a statement. 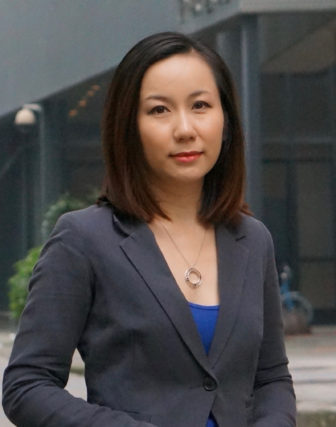 Reporter Jennifer Pak is covering China for Marketplace at the public radio program’s Shanghai bureau. Pak has been reporting in China and the region for more than a decade. She moved to Beijing in 2006 for the Canadian Broadcasting Corp. Pak has also worked for the BBC, the Financial Times and The Economist. Most recently she’s been working for the Daily Telegraph from Shenzhen.

Joe Mathieu is the new Morning Edition anchor at WGBH in Boston. Mathieu has more than 20 years of broadcast news experience, including seven years at WBZ, the CBS affiliate in Boston. He succeeds Bob Seay, who will shift his focus to reporting and writing. Mathieu will join the WGBH newsroom in June to begin training and reporting and is expected to take over on-air duties in August.

Beth Arroyo Utterback takes over as GM at WWOZ in New Orleans June 1. She’s currently EVP and COO at WYES-TV, also in New Orleans. Utterback has been with WYES for more than 30 years, rising from director of broadcasting. “WWOZ is a very special beacon of all that is true about New Orleans,” said Sidney Cates, chair of the WWOZ hiring committee. “Our focus, of course, is music but it is also our mission to reflect and support the culture of New Orleans.  We are fortunate to have found someone who not only gets that but also lives and breathes it, with deep family roots in the city and a track record of being a successful emissary to the world.”

The Affinity Group Coalition’s Public Television Major Market Group has elected new board leadership. Jon Abbott, president of WGBH in Boston, is chair, with Lisa Shumate, associate VP and GM of Houston Public Media, as vice-chair. Andy Russell, president of PBS SoCal, also joined the board. And the organization, a consortium of the largest public TV stations, welcomed two new members: WTVI in Charlotte, N.C.; and KET in Louisville, Ky.

The recipients of this year’s Roger and Marilyn Sarow Fellowship for Diversity in Public Radio at WFAE are Crystal Hogue and Leanna Pough. The two will work in the news department at the station in Charlotte, N.C. Hogue’s focus will be on spot reporting and features as well as honing her writing and reporting skills, on-air delivery and use of sound. She is an incoming senior at North Carolina A&T State University in Greensboro, N.C., majoring in journalism and mass communications. Pough will train with Charlotte Talks on all aspects of producing a daily talk show. She is 2015 graduate of UNC Charlotte with a degree in communications. The fellowship is named for Sarow, who was president and GM of WFAE for 27 years, and his wife.

William D. Adams, chair of the National Endowment for the Humanities, resigned May 23. In a letter to colleagues, Adams noted the positive resolution of the agency’s funding for the remainder of fiscal 2017 and the beginning of the administrative transition at NEH. “We’re encouraged that Congress and the president increased our funding for the current year and that the White House has initiated the process of bringing new political appointees to the agency,” Adams said. He was nominated by President Obama in April 2014 and confirmed by the Senate three months later. His service to NEH followed 14 years as president of Colby College in Waterville, Maine. Deputy Chair Margaret Plympton will serve as acting chair for the endowment, which funds various public media projects.

One thought on “NETA’s Hinton sets retirement, PBS picks CFO, and other comings and goings”