Al Vecchione, executive producer of the predecessor to the PBS NewsHour, died Wednesday of lung cancer at his home in suburban Washington, D.C. He was 86.

Vecchione joined The MacNeil/Lehrer Report, anchored by Robert MacNeil and Jim Lehrer, in 1976, according to NewsHour. He rose to president of MacNeil/Lehrer Productions in 1983. 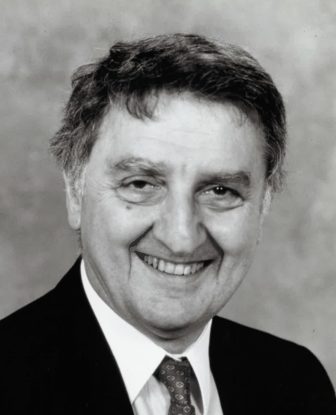 That year, “Al oversaw the launch of MacNeil/Lehrer Productions and The MacNeil/Lehrer NewsHour,” said Annette Miller, VP of NewsHour Productions. “It wasn’t an easy task to convince people, in public broadcasting and outside, that an hour-long, nightly newscast was a good idea.”

As president of MacNeil/Lehrer Productions, Vecchione “provided the editorial staff with the freedom to concentrate on the mission of the program, while he watched over its funding,” Miller said. “Al was totally committed to the MacNeil/Lehrer mission and a terrific proselytizer for the program. He convinced many a corporate executive that the NewsHour was a worthy investment and some of the biggest corporations in America signed on for lengthy underwriting commitments.”

Before retiring in 1996, Vecchione worked on several MacNeil/Lehrer Productions documentaries, including The Story of English, a nine-hour series on PBS in 1986, according to the Washington Post.

In 1973 Vecchione was GM of the National Public Affairs Center for Television, a production center that carried gavel-to-gavel coverage of the Senate Watergate hearings. MacNeil and Lehrer were the lead correspondents; their later partnership grew out of that work.

The center’s coverage of the Watergate hearings aired on PBS stations and repeated during prime time, “allowing an estimated 85 percent of U.S. households to watch some portion of the proceedings,” the Times noted.

In 1976 Vecchione left the center to serve as a television consultant to Democratic presidential nominee Jimmy Carter.

Vecchione was born Jan. 27, 1931, in Queens, N.Y. He began his career in NBC’s Rockefeller Center mailroom. He worked his way up to manager of NBC’s East Coast producers before joining NPACT.