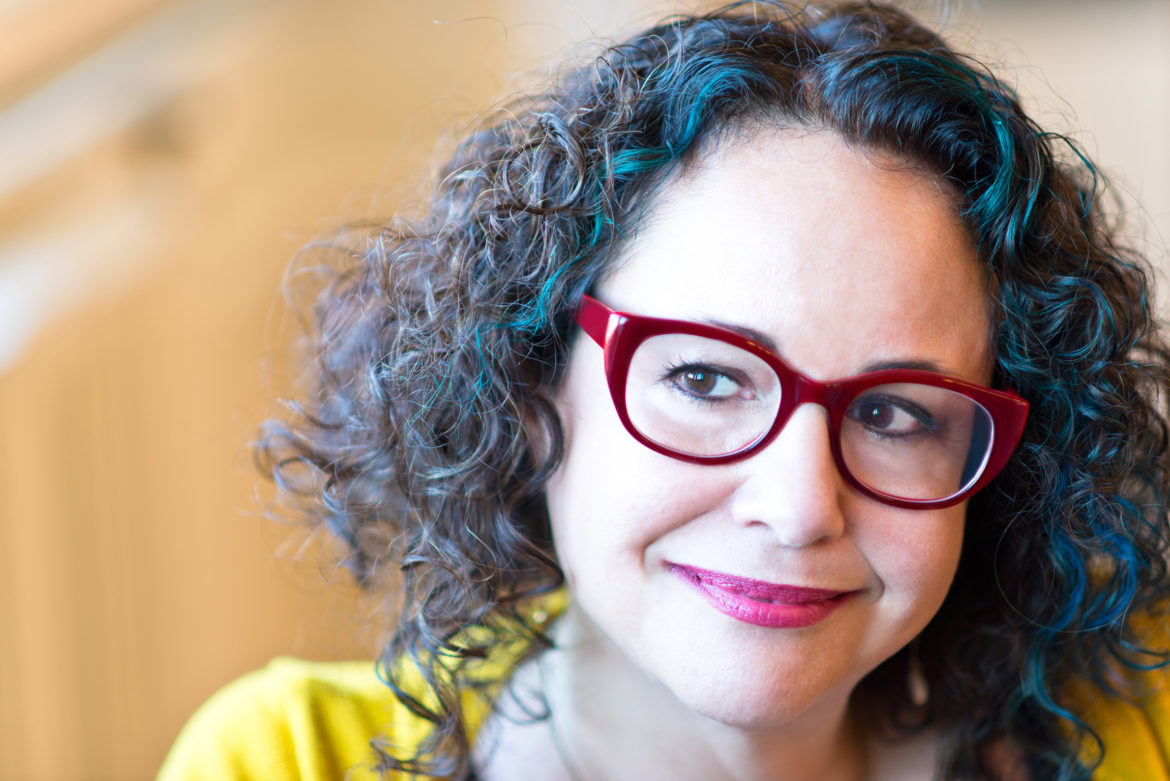 In a new book, On the Media host Brooke Gladstone examines how Donald Trump and his team of advisors have hijacked reality with a strategy “straight out of the authoritarian playbook.” On sale Tuesday, The Trouble With Reality (Workman Publishing) draws on writers including Hannah Arendt, Walter Lippmann and Jonathan Swift to explore the nature of truth and lies in today’s public discourse. The following is an excerpt republished with permission.

In 1985, critic and educator Neil Postman published Amusing Ourselves to Death, the most incisive, impassioned warning label ever issued on our media diet. To illuminate the danger, he contrasts two pivotal works of dystopian fiction: George Orwell’s 1984 and Aldous Huxley’s Brave New World.

In Orwell’s vision, he notes, we are crushed by a merciless oppression imposed by others, whereas in Huxley’s vision, we are seduced, sedated, and satiated. We enslave ourselves.

In 1984, Orwell added, people are controlled by inflicting pain.

Orwell, who in 1948 was fixed on Nazi devastation and Soviet ascendancy, seemed to have nailed it. But thirty-seven years later, Postman saw that in our time and place, it’s unquestionably Huxley. He portrayed a world that leads ineluctably to the election of Donald Trump. 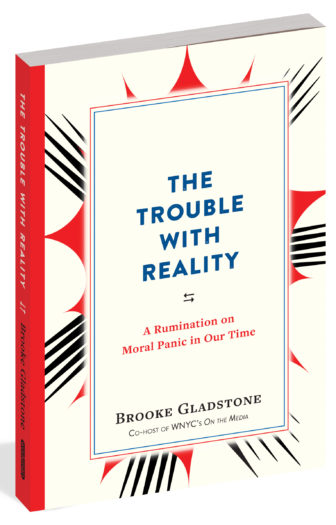 Trump’s campaign rhetoric pumped out endless streams of comedy and melodrama, apocalypse and deliverance, bitterness and bullshit. To some, it was enthrallingly frank. To others, Trump’s victory did not merely subvert America’s core values, it shattered their worldview. The codes more than half the nation devised to interpret the world, the channels they carved to divert the flow of incompatible ideas, collapsed.

What stereotypes were busted by Trump? Mostly, they pertain to our deep-rooted belief in the infallibility of our democracy, though some of those stereotypes were formed long before our nation was born.

English poet John Milton, famed for the seventeenth-century epic Paradise Lost, spent years as defender-in-chief for Oliver Cromwell in a convulsive time. He penned a ferocious polemic to Parliament against censorship, declaring, Let Truth and Falsehood grapple! In a free and open encounter, Truth will win.

Lords and Commons of England, consider what Nation it is whereof ye are … a Nation not slow and dull, but of a quick, ingenious, and piercing spirit, acute to invent, subtle and sinewy to discourse, not beneath the reach of any point the highest that human capacity can soar to.

Truth is great and will prevail if left to herself … she is the proper and sufficient antagonist to error, and has nothing to fear from the conflict …

The laws of human nature do not provide for the triumph of reason. History and the internet have lavishly demonstrated that this notion, this stereotype, is false. But that cold truth stands in brazen defiance of the code that rules our world and the laws that govern our country.

First among them is the First Amendment, which exists because the founding fathers were convinced that wisdom emerged from information. They codified civil liberties to ensure that our speech and our press were free.

It was a beautiful notion, and like many pristine ideas, unsullied by grubby reality, both because we instinctively resist unwelcome information and because the press cannot be the sole guarantor of reason. As journalist and critic Walter Lippmann observed, the press is, and always has been, a business, and one that the people only grudgingly support.

“We expect the newspaper to serve us with truth however unprofitable the truth may be.”

Here, Lippmann’s volume seems to rise. He is, after all, a newspaperman. He decries the critics who rebuke the media for not holding to the same standards as a school or a church. He says the widespread idea that the press can serve as a public institution without public support is not just untenable, it plainly illustrates “the concave nature of democracy.”

Citizens may recoil from paying for the news, he noted, because they see it as a natural right. But in the absence of consumer coin, the media must be fueled by advertisers seeking consumers and investors pursuing profit. Novelty and drama pay to keep the presses rolling, and so the “news” that supposedly informs reason becomes the dog wagged by its own tail.

“If the newspapers, then, are to be charged with the duty of translating the whole public life of mankind, so that every adult can arrive at an opinion on every moot topic, they fail, they are bound to fail, in any future one can conceive they will continue to fail.”

Lippmann says the press must share the blame for that, because like the rest of us, it bought into the myth that it can in fact fix what ails us.

It has … encouraged a democracy, still bound to its original premises, to expect newspapers to supply spontaneously for every organ of government, for every social problem, the machinery of information which these do not normally supply themselves. Institutions … have become a bundle of ‘problems,’ which the population as a whole, reading the press as a whole, is supposed to solve.

And yet in America’s earliest days, much of the press was fully engaged in vigorous debate over the serious business of nation building, fulfilling the founders’ mission. But by the 1830s, when author James Fenimore Cooper returned home to upstate New York after several years in Europe, his fresh eyes saw a press brought low by greed.

… [W]hile the contest was for great principles, the press aided in elevating the common character … and maintaining the common interests …

… but since the contest has ceased and the struggle has become one purely of selfishness and personal interests, it is employed as a whole, in fast undermining its own work,

and in preparing the nation for some terrible reverses, if not in calling down upon it, a just judgment of God.

In The American Democrat, he cranks up the fire and brimstone.

As the press now exists, it would seem to be expressly devised by the great agent of mischief, to depress and destroy all that is good, and to elevate and advance all that is evil in the nation.

The press is thus a tool, doing work that would please the devil. But in Cooper’s scenario, the devil himself is described. He is “the demagogue.” That lands us at the source of your anxiety and our reality trouble.

Brooke Gladstone is a Peabody Award–winning journalist and media analyst. She is co-host and managing editor of On the Media and has written for The Washington Post, The Boston Globe, and Slate. She is also the author of The Influencing Machine: Brooke Gladstone On the Media. She lives with her husband, the journalist Fred Kaplan, in Brooklyn, N.Y.