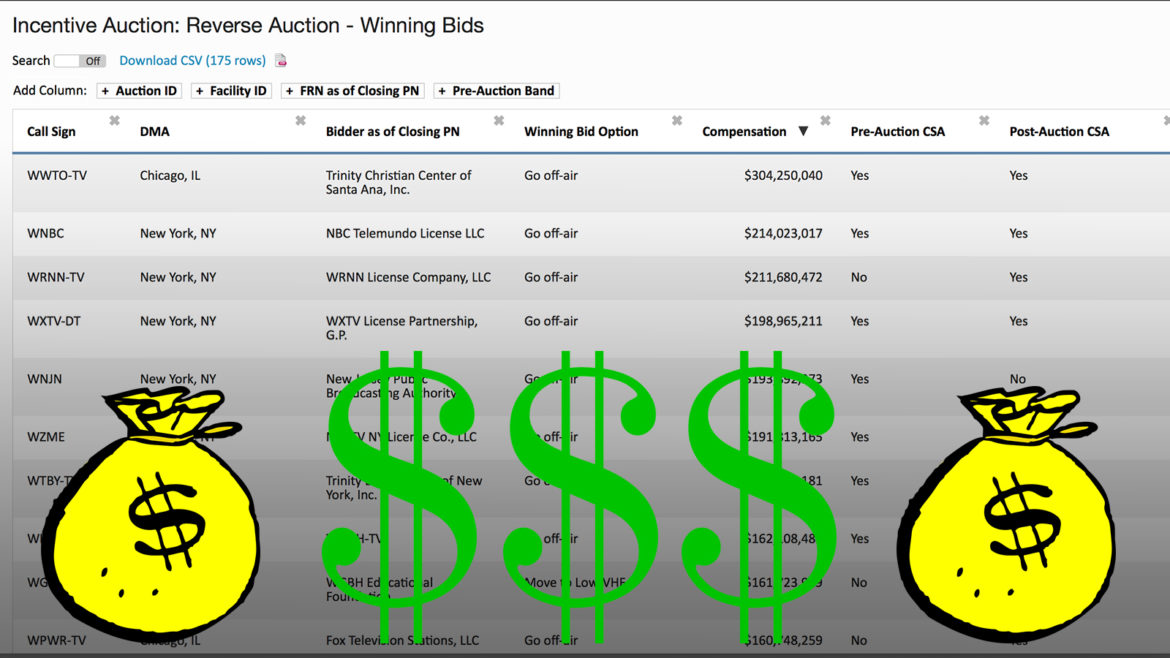 The annual budget of Rhode Island PBS is $3 million. It just won $94.5 million in the FCC’s spectrum auction, in which TV stations sold channels to wireless providers.

The $1.9 billion that noncommercial stations won in the auction isn’t enough to transform the entire public media system, but it will absolutely transform the handful of stations lucky enough to have held valuable spectrum in crowded markets.

Rhode Island PBS President David Piccerelli tells me on The Pub this week that he’s going to replace the station’s leaky roof and make some other upgrades, and then put the bulk of the money into an endowment. He’s lucky in that Rhode Island PBS is licensed to a community board that won’t be tempted to spend the money on anything other than the station and its services.

In contrast, other big winners are licensed to state governments and colleges and universities that might be quite tempted to spend their winnings on things that have nothing to do with public media or its mission.

On this episode, we’ll talk about where the money is going and where it should be going with Piccerelli, Current’s Dru Sefton and Oregon Public Broadcasting CEO Steve Bass, who has a strong message for stations that, unlike his, have just received an unprecedented windfall.

“Just go and do something big and bold, rather than looking at this and saying, ‘You know, now we just don’t have to worry and we can keep going the way we have gone in the past,’” Bass said.