KOCE, PBS’s primary station in greater Los Angeles, will earn $49 million in a channel-sharing deal with KSCI, a full-power independent station that multicasts a variety of Asian-language services. 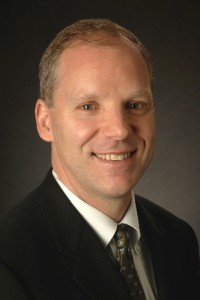 With the proceeds, KOCE will restructure its debt and establish an investment fund that President Andy Russell described as a “quasi-endowment,” generating earnings to expand the station’s offerings in education, arts and culture, and content creation across genres.

The $49 million represents KOCE’s split from $138 million generated from the auction of its UHF channel. Its partner station, owned by the investor group NRJ TV, will take an $89 million cut. But KOCE is holding on to a larger share of the spectrum allocated to their shared channel.

KOCE, which also brands itself as PBS SoCal, is carrying a hefty debt burden of $20 million, according to Russell. That includes $16 million from the 2004 acquisition of its broadcast license and $4 million from 2011, when it scaled up quickly to become the market’s primary PBS station. Russell intends to pay down an unspecified chunk of the debt under the restructuring.

The station will direct a “sizable” portion of the proceeds to an investment fund, Russell said. A board committee will choose an outside money manager to run it. Russell anticipates annual dividends of up to $1.5 million would support service expansions, but he declined to list specific projects.

In the past year, KOCE has already made significant strides in early childhood education, including launch of the PBS Kids multicast service, Russell said. Anticipation of auction proceeds allowed it to pursue that expansion.

In making decisions about its options in the auction, KOCE sought to retain enough spectrum to continue all of its current channels and services, and the capacity to do more with the anticipated transition to the ATSC 3.0 broadcasting standard. He said KOCE retained two-thirds of the spectrum remaining to the partners — or four out of six MHz — which accounts for its lower pay-out.

In a press release announcing the auction result, Russell stressed that the one-time revenues are no substitute for collective support from individuals, foundations and corporations that provide more than 80 percent of the station’s annual revenues. Their financial support “continues to be essential — particularly as our important federal funding is under threat — to ensuring the news, public affairs, arts and science programs that are critical for an educated and informed citizenry,” he said.