WASHINGTON — Members of the CPB Board spoke out sharply at a meeting Monday against fellow director Howard Husock, who in a recent Washington Post op-ed argued in favor of defunding the corporation. 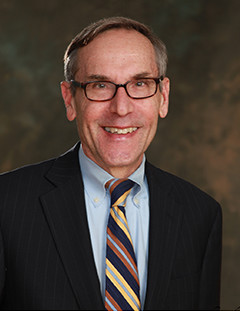 Husock, a former WGBH producer and a director at the conservative Manhattan Institute for Policy Research, began the discussion, saying he recognized that his comments “were not well-regarded or well-received by my colleagues on the board, to say the least.”

Husock said his approach in speaking out was to stress the importance of public media, “identifying its role in a changed media environment” as well as “the importance of reaching the broadest range of people and reporting regularly on meeting those goals.”

Husock, who was appointed to the board by President Obama in 2013, termed his views “heartfelt and sincerely held.”

Co-chair Bruce Ramer, a Los Angeles attorney, was the first to react. “I’m trying to follow the dictates of my mother regarding respect and courtesy,” Ramer said. “And I almost started to say to you, ‘With all due respect,’ but I really don’t mean that.”

Ramer told Husock that if he had “constructive criticism” to discuss about the public broadcasting system, “you sure as hell went about it the wrong way.”

“You don’t go to the Post or to Current, but you come to this board,” Ramer told Husock, referring to Husock’s appearance on Current’s podcast The Pub in which he discussed the Post op-ed. “You don’t bring light onto yourself with obtuse views.” Ramer called Husock “shockingly uninformed” and an “embarrassment” to the board.

“I think I need to stop there before I lose control of what I want to say,” Ramer concluded.

“I never like to be blindsided and read something in the paper about a board on which I serve when the organization’s chair and president have no clue it’s in the paper.” — Judith Davenport, CPB board member

Husock “identified himself as a member of this board without recognizing that this would reflect on all of us,” said Liz Sembler, an education advocate from Florida. “I want to underline the embarrassment factor.”

Judith Davenport, co-founder of Sheridan Broadcasting Corp., said that for her, “I think the biggest thing is, I never like to be blindsided and read something in the paper about a board on which I serve when the organization’s chair and president have no clue it’s in the paper. That’s rude and so unfair to us and especially to Pat” Harrison, CPB president.

Ramer noted that under the operating procedures of the board, “no member is free — and we all agreed to this — to issue a statement or even give an interview without first clearing it with the staff for review.” The chair must have “sufficient time” to review any statements, he said.

“But this was not done by Howard,” Ramer said. “To the contrary, it was given to the Washington Post.”

Husock has voted in favor of requesting a federal appropriation for CPB every year that he has been on the board, Ramer said “Between that last vote and this, you did a 180-degree change,” Ramer told Husock. “That’s a knife in the back, and it is unacceptable.”

“I think you understand, Howard, that there’s a lot of trust to rebuild,” said board chair Lori Gilbert. She also apologized “not on behalf of the board but that one person who undermined the work of an entire building full of people as well as GMs and public radio and TV stations.”

“If we have dissent, we have a method for dealing with that,” she told Husock, “and we are professional.”

Gilbert added, “We support the work of public media in this country,” prompting applause from the board.

Husock will not be officially censured by the board, Gilbert told Current.