The Association of Independents in Radio has hired and promoted several staffers, including a new program director. 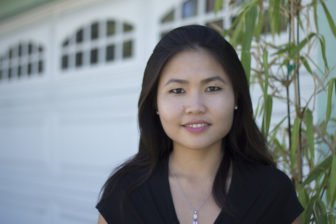 That position is now filled by Ngoc-Tran Vu. Previously Tran was project coordinator for American Experience and led its collaboration with StoryCorps for the First Days Story Project on Vietnamese refugees. In her new role she oversees AIR New Voices, the Full Spectrum Storytelling Intensive, mentoring programs and other activities.

Kate Krosschell is marketing and communications manager. She spent the last three years at Twitter as a web analyst and data specialist. Earlier in her career she was programming assistant for the Copenhagen International Documentary Film Festival. 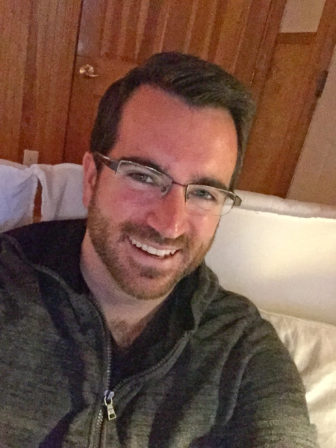 Ryan Somerfield rose from operations manager to AIR’s first chief operating officer. Earlier in his career he led Clear Channel’s news and traffic division, Total Traffic Network, in Florida, where he managed a team of producers, reporters and photographers serving broadcast affiliates across the state.

An Uong is community liaison, a new position. She’ll handle tasks including newsletters, membership renewals and interacting with members. Previously An interned in WNYC’s diversity and inclusion department. 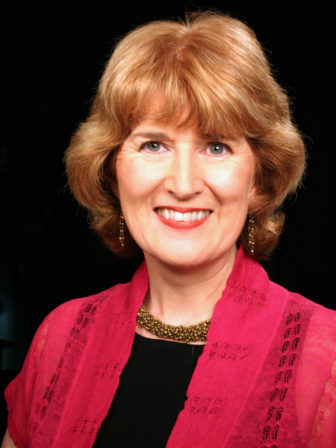 Kevin Crane, NPT’s VP of content and technology, steps up to lead the station July 6. He’s worked at the station for 17 years.

Curley joined NPT in 1999 to direct broadcasting and operations. She rose to COO in 2003 and president in 2005. Earlier in her career she managed programming for WGBY in Springfield, Mass.

Curley is a member of the Independent Television Service Board and has also served on committees for CPB, the National Educational Telecommunications Association and TRAC Media.

“I have spent my entire career in public TV and hope to continue contributing in some ways,” Curley told Current.

WHYY in Philadelphia has promoted two veteran staffers and expanded its Delaware-based team with an education reporter. 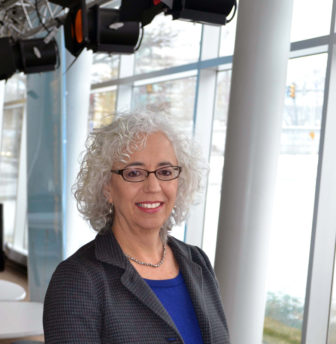 Naomi Starobin is the new radio GM. Previously she was editor of the station’s Keystone Crossroads, a Local Journalism Center collaboration with four public media newsrooms. In her new role she manages radio operations and oversees scheduling.

Taunya English rises from health reporter to managing editor of The Pulse, the weekly health and science show. Earlier in her career she led statehouse news coverage for WITF in Harrisburg, Pa.

Investigative reporter Cris Barrish is covering education in the Delaware bureau. He spent most of his career at the News Journal in Wilmington. Most recently Barrish directed strategic development for Connections Community Support Programs Inc., a nonprofit social services and health care organization.

Daniel Estrin is NPR’s new Jerusalem correspondent. Previously Estrin covered breaking news for The Associated Press in Jerusalem. He was also a regular contributor to PRI’s The World and has written for The Atlantic, The New Republic and The New York Times.

Pulitzer Prize–winning journalist Daniel Ruth is the new host for the midday news program MidPoint on WMNF radio in Tampa. Ruth is a columnist for the Tampa Bay Times, where he and editorial editor Tim Nickens won the 2013 Pulitzer for Editorial Writing for their series on water fluoridation in Pinellas County. 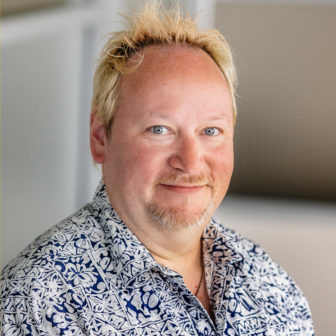 Gregg Porter, weekend announcer on KUOW in Seattle, is the new host of Says You!, a public radio quiz show celebrating its 500th episode this season. Porter has been a guest panelist on the program, carried on 100 stations, since 2015.

Quincy J. Walters joined WGCU in Fort Myers, Fla., as a reporter and backup host. Previously he reported for WUSF in Tampa and also served as a production intern at NPR for Weekend All Things Considered.

Longtime WCQS Music Director Dick Kowal will retire from the Asheville, N.C., station April 28 but will continue as recording engineer and producer of broadcast concerts by the Asheville Symphony. The incoming afternoon classical music host is Joe Brant of WDAV in Davidson, N.C.

Composer BJ Leiderman, who created theme songs for public radio shows including Morning Edition and Marketplace, is releasing his first album next month. BJ! features Béla Fleck on banjo as well as the Randall Bramblett Band. The 15 tracks “are songs from the perspective of BJ’s dog, voicemail recordings from BJ’s mother, sacrilegious gospel and more,” according to a press release. It’s available May 6 on iTunes, Amazon and CD Baby. Leiderman told Current in January 2016 that the album has been a 30-year project. 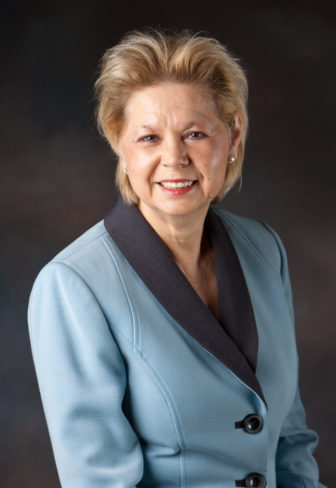 The National Educational Telecommunications Association has promoted Anita Sims to executive vice president and director of the NETA Business Center. Sims is responsible for NETA’s overall operational and tactical direction as well as the business center’s growth. Sims, who has worked at NETA for more than 26 years, created its business center in 1999 to provide financial services, payroll and benefits administration and project management for public broadcasters and related organizations. She rose to VP of finance and development in 2007.

Michael Boylan, president of WJCT for 18 years, has announced that he will retire later this year. He joined the Jacksonville, Fla., station as CEO in 1999; in 2013 he helped create the Digital Convergence Alliance joint master control project. “My position here at WJCT afforded me the opportunity to serve on the boards of numerous nonprofit organizations, both large and small,” Boylan said. “While this was a difficult decision I am looking to play a larger role in advancing the well-being of the nonprofit sector here in whatever way I can.” Earlier in his career he served in several leadership positions at WBPT in Miami.

Marketplace has hired Mark Crowley as its first chief operating officer. A statement said he will be working to transform the American Public Media production “from a suite of radio programs into an enterprise centered around raising the economic intelligence of the country.” Earlier in his career Crowley served as vice president and general manager of Southern California Public Radio.

Hugh Dellios becomes deputy national editor at NPR West in May, succeeding Quinn O’Toole. Dellios worked as news editor at The Associated Press in Chicago, as well as foreign editor and foreign correspondent for the Chicago Tribune, based in Mexico City, Johannesburg and Jerusalem. 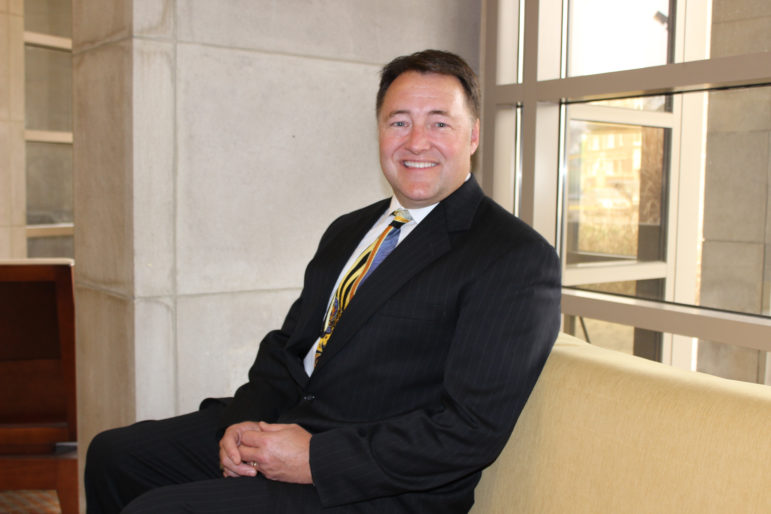 Matt Shafer Powell has joined WFYI in Indianapolis as its chief content officer, a new position. He oversees the news, TV production, programming and community engagement departments. Powell spent the last 14 years as news director of WUOT-FM in Knoxville, Tenn., where he also led community engagement. Powell also serves on the board of the Public Radio News Directors Inc.

New York Public Radio has hired Shannon Connolly as SVP and GM, music. Her role includes “a strong focus on expanding the digital reach and footprint for classical music,” the station said. Connolly’s resume includes SVP, music strategy and operations for the Viacom Music Group and VP, digital music for MTV. Most recently she started a chat-based recommendation service, The Yams.

Pete Rondello, president and GM at WXPR in Rhinelander, Wis., is leaving public broadcasting this month to return to real estate with Redman Realty Group in Minocqua, Wis. He joined the station in 2015.

Anne Bentley, VP and head of corporate communications at PBS, has departed to join TEGNA Inc. Bentley will serve as VP and chief communications officer at the media and digital company, which owns 46 television stations, Cars.com, CareerBuilder and the G/O Digital marketer. Before joining PBS in 2010, Bentley worked for more than a decade at AOL. 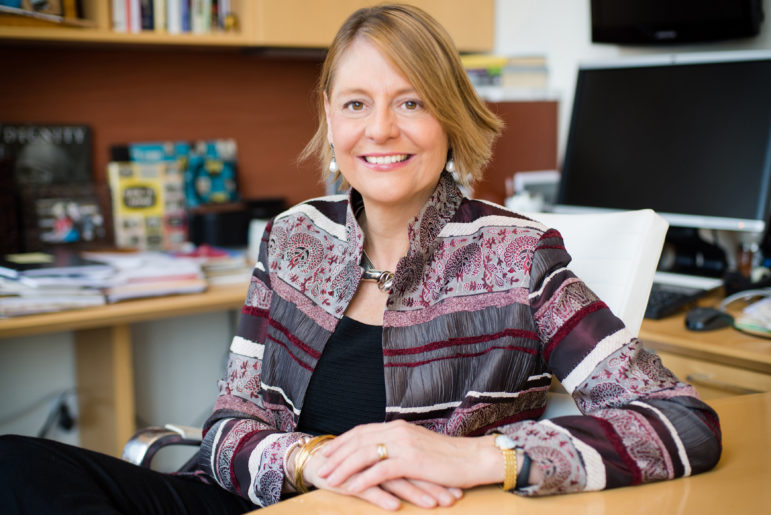 Laura Walker, president of New York Public Radio, has been elected to the Commonwealth Fund’s board of directors. The private nonpartisan foundation supports independent research on health and social issues. Board Chair Dr. Benjamin K. Chu said Walker brings “a wealth of experience in leadership and innovation in nonprofit journalism.”

A Science Friday staffer is among the latest class of six fellows at the Donald W. Reynolds Journalism Institute. Christian Skotte, co-director and head of digital at the science show, is working on shareable resources to combat misinformation on social media. Also, Pam Dempsey, executive director of the Midwest Center for Investigative Reporting, is co-leading a team developing an interactive database to help journalists who cover multinational agribusiness companies. Co-leading the work with Dempsey is Brant Houston, professor and Knight Chair in Investigative Reporting at the University of Illinois.

Andy Soth, senior producer and reporter at Wisconsin Public Television, is an O’Brien Fellow at Marquette University’s J. William and Mary Diederich College of Communication. He is the first broadcast journalist in the fellowship. The program, the only one of its kind in the nation, helps journalists to produce in-depth public service journalism projects for their own news outlets and other media organizations.

At least three public media journalists, including one from KPCC, will receive grants from the Fund for Investigative Journalism to cover basic expenses such as document retrieval, travel and equipment rental fees. Rina Palta, a correspondent for the station in Pasadena, Calif., covers the social safety net. Also receiving funds: Rebecca Clarren, reporter for InvestigateWest, and Sabrina Shankman of InsideClimate News.