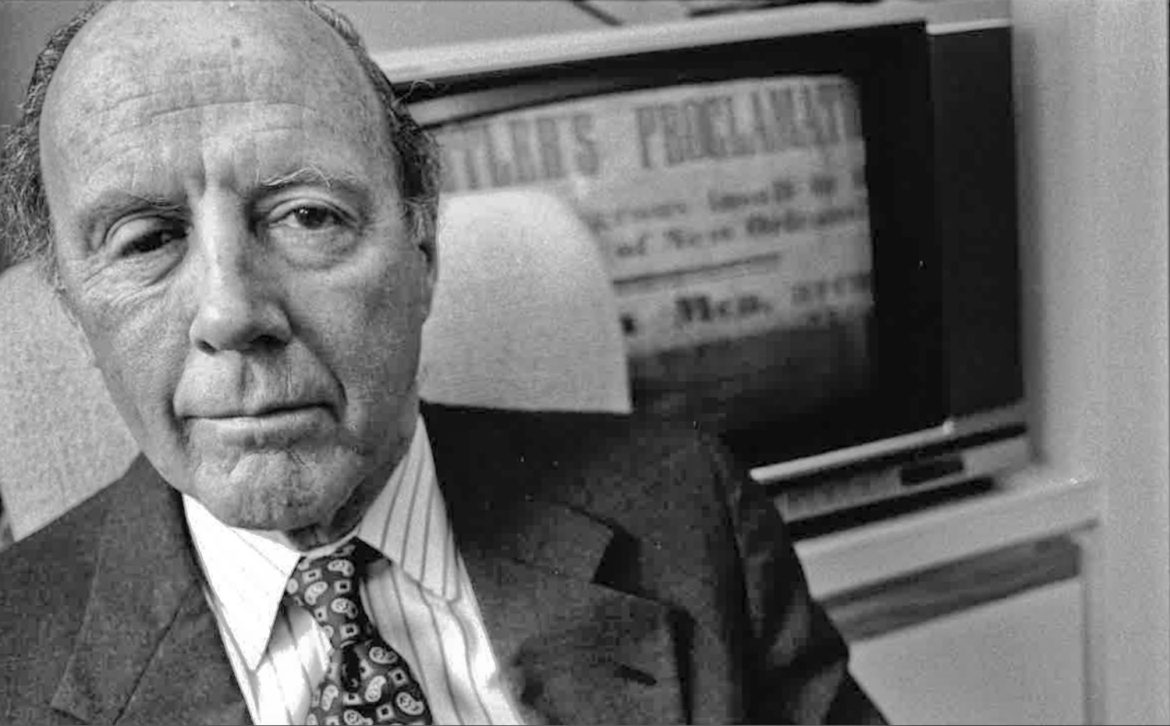 Chamberlin during his tenure at WETA.

Ward Chamberlin, who shaped the public broadcasting system in its infancy and helped transform two of its major stations, died Feb. 23 in Bedford, Mass., of complications from dementia. He was 95.

Chamberlin was hired as a vice president at the fledgling CPB in 1969, where he helped create both PBS and NPR. 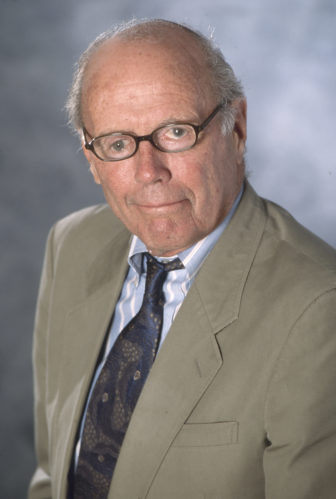 Over the next decades, he served as president of WETA in suburban Washington, D.C., building it from a small station into an important public affairs programming hub.

And as executive vice president, managing director of WNET in New York City, he transformed a financially struggling station into a production center for innovative local shows as well as national science, nature and arts series.

Chamberlin also held executive posts at American Playhouse, POV and PBS, and served on the NPR Board.

“Ward Chamberlin was a fighter, doing battle wherever necessary on behalf of public broadcasting, and his passion energized others,” said Jennifer Lawson, who retired from CPB last May after a long career in the system.

Lawson noted that Chamberlin stepped in to work with Executive Producer Lindsay Law on the drama program American Playhouse “during one of the most challenging phases of this important series’ existence.” He also led American Documentary Inc., the parent company for the documentary series POV, during the culture wars of the 1990s.

Along the way Chamberlin also mentored several public broadcasters who went on to important roles in the system, including PBS President Paula Kerger. 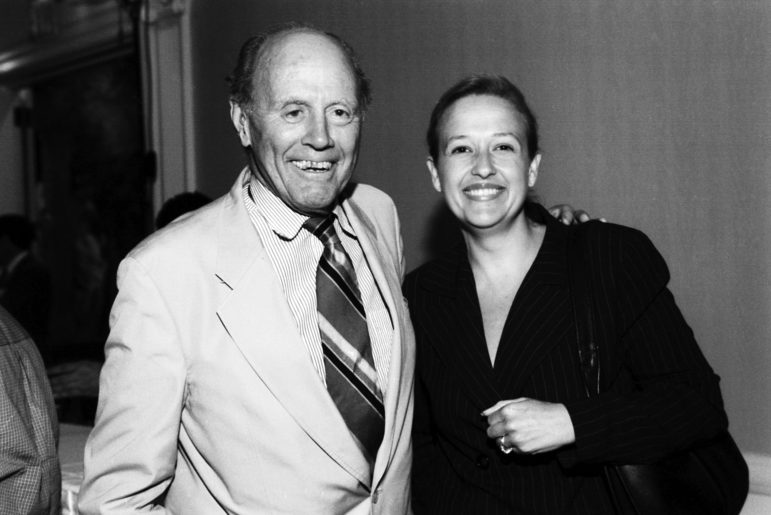 Kerger recalled that during her early tenure at PBS, “oftentimes when I got into a tough spot I’d call Ward and talk it through. Even in his later years, when he was more difficult to reach, I’d think to myself, ‘What would Ward have done?’”

Kerger said she’ll remember Chamberlin’s “tremendous enthusiasm for life. He was the kind of gentleman who went to a fancy dinner and would dance with every woman at the table. He just had this great joy about life.”

Mary Beth La Belle agreed. She worked as Chamberlin’s assistant at WETA in the mid-1980s.

“Ward was gracious, funny, considerate and always had a positive outlook,” La Belle said. “He had wonderful balance among work, his family and his love of sports — he was an avid golfer and tennis player. Quite often my first task of the day was arranging the weekly tennis matches with his friends.”

Professionally, Chamberlin “always had a vision of what public broadcasting could provide to both our television and radio audiences, and he wasn’t afraid to take risks,” La Belle said.

“Ward shared freely his innovative thoughts and his knowledge as one of the founders, the very few founders, of our national public broadcasting system,” Rockefeller said. “I know you join me in remembering Ward’s legacy and his trust and faith in us now to carry on his good work.”

Chamberlin didn’t begin his career as a broadcaster. Prior to CPB he worked as an attorney at General Dynamics and served as vice president of the International Executives Service Corps, a nonprofit that helped retired business executives strengthen economies of developing nations. At IESC he worked under Frank Pace, appointed by President Johnson to chair CPB’s first board. Pace brought Chamberlin with him.

“Ward B. Chamberlin Jr. proved to be what the new organization needed — a positive, self-confident and decisive administrator, gifted with the ability to be tough when circumstances demanded and to be amiably relaxed when they did not,” wrote James Day in The Vanishing Vision: The Inside Story of Public Television.

By 1975 he was president of WETA. He held that position until 1989 and served as vice chair of the WETA board until 1994. Under his leadership, the station became a national production center for enduring public affairs shows The MacNeil/Lehrer Report (now PBS NewsHour) and Washington Week in Review, as well as the arts series In Performance at the White House. 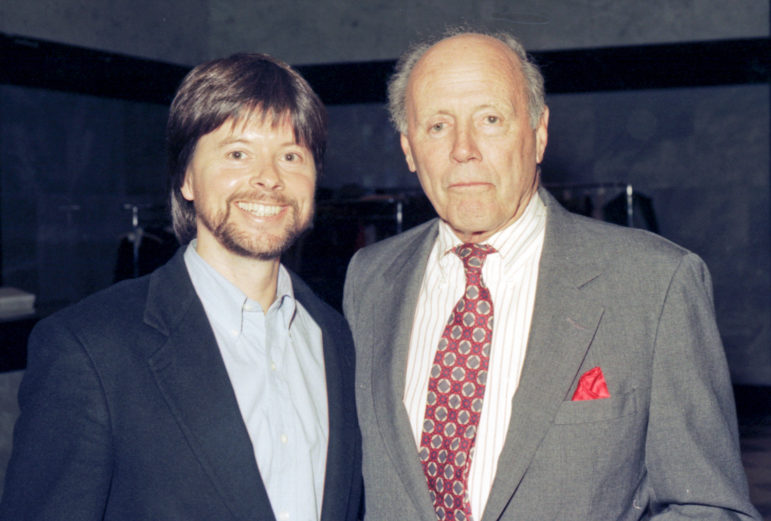 “One of Ward’s greatest skills was recognizing and investing in talent,” Kerger said. “He had very good instincts about that. He took the risk and made that leap with Ken, first supporting his [1986] Huey Long project and then the Civil War,” which became a huge hit for PBS in 1990.

“Ward took a big chance on me,” said Dan DeVany, VP and GM of Classical WETA. DeVany first arrived at WETA in 1986 as a producer; Chamberlin soon promoted him to GM. “I was young and didn’t have an enormous amount of managerial experience,” DeVany said. “But Ward put his faith in people. He had good instincts. That’s how he managed, and that served him well.”

In radio, Chamberlin served on the NPR Board from 1983–88. “Throughout his tenure, he made significant contributions to the public radio system,” said Roger LaMay, board chair, “serving public radio with exceptional dedication and skill.” Chamberlin was vice chair of the board as well as a member of development, finance, membership, audit, nominating and planning and priorities committees. “He did it all,” LaMay said.

After joining WNET in 1995, Chamberlin recruited Tammy Robinson, who now chairs the board of American Documentary, as well as Beth Hoppe, who went on to oversee programming at PBS. Chamberlin oversaw development of many popular national WNET programs as well as the local City Arts, which won a Peabody Award in 1998. Other local projects included a series of walking tours around the boroughs with host David Hartman and historian Barry Lewis.

“In a media culture so committed to youth, Ward’s story is especially refreshing and instructive,” said Bill Baker, the former WNET president who hired Chamberlin when he was “over 70 years old, and he worked most successfully for us well past his 80th birthday.”

Baker said Chamberlin “provided creativity, guidance and wisdom that only his long career could have made possible. His years with us were gifts which made public television in New York and the nation the treasure it has proven to be.”

Chamberlin was also “a mentor and true friend” to the Friends of Thirteen and National Friends of Public Broadcasting, said Dorothy Pacella, who leads both the groups. “He had a fond place in his heart for public television volunteers,” she said. “It was an honor and privilege to know and work with Ward; his spirit will forever be in our hearts.”

Chamberlin retired from WNET in 2003. That year he announced the formation of Chamberlin Associates, a consulting firm focused on nonprofit organizations in media and the arts “facing drastic cuts in their traditional revenue sources — both private and public,” he said at the time.

Chamberlin left Princeton University in 1942 to volunteer as an ambulance driver with the American Field Service in Italy during World War II. After the war he was instrumental in transforming AFS into an international youth exchange program. He also returned to Princeton to graduate in 1946 and then received his degree from Columbia Law School.

Also in 1946 he married journalist Anne Nevin; they later divorced. In 1951 he married artist Lydia Gifford, who died in 2009.

Chamberlin is survived by daughters Carolyn and Margot and four grandchildren.

A memorial service will begin at 1 p.m. March 25 at the Story Chapel at Mount Auburn Cemetery in Cambridge, Mass. The family suggests donations to local public television stations.

One thought on “Ward Chamberlin, influential founding father of public broadcasting, dies at 95”