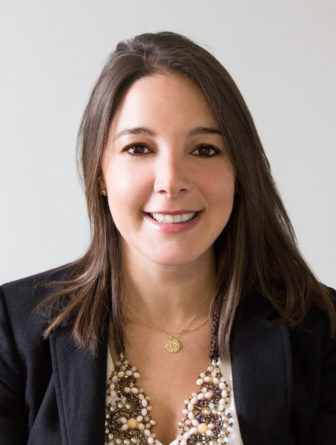 Sara Schapiro is the new education vice president at PBS.

At PBS, Schapiro will lead efforts to deepen partnerships across the education sector. She will help expand the online teaching resource PBS LearningMedia and bolster PBS Digital Innovators, a community of educators and thought leaders. 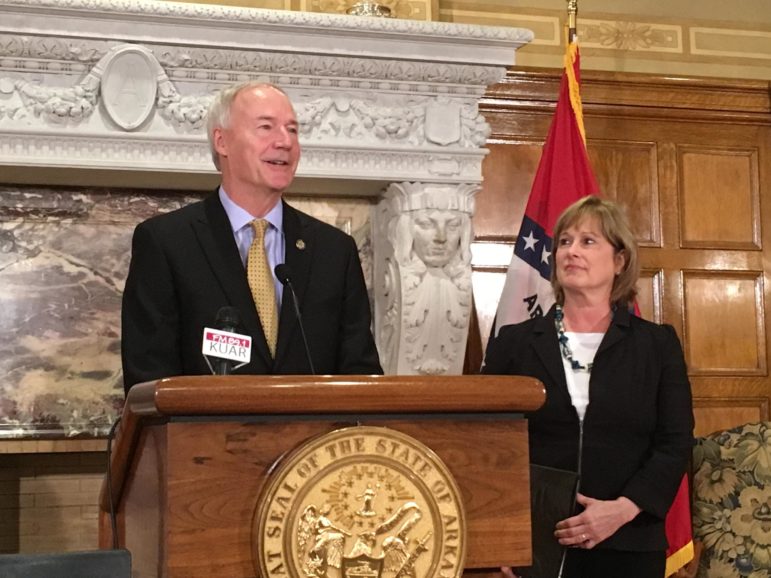 Hutchinson, left, with Pledger at the announcement. (Photo: Michael Hibblen/KUAR)

Arkansas Gov. Asa Hutchinson appointed Courtney Pledger as executive director of the Arkansas Educational Television Network. She succeeds Allen Weatherly, who died in November. Pledger’s background includes serving as executive producer for DreamWorks Animation and producer on the Golden Globe–winning film A Killing in a Small Town. She was also executive director of the Hot Springs Documentary Film Festival. Her work to establish that festival as an Oscar-qualifying event “demonstrates her outstanding leadership skills,” Hutchinson said at the announcement.

American Public Media Group has named sustainability expert Amy Skoczlas Cole as managing editor of its new national water initiative, designed to raise awareness of critical water issues. APMG has secured more than $1 million in philanthropic funding for the project. Cole started her career at Conservation International. She has worked more than 20 years in a variety of roles at Fortune 500 companies, nonprofits and foundations on conservation and water projects. She also is the founding chair of the Minnesota Sustainable Growth Coalition.

Ben Calhoun, VP of content and programming at Chicago’s WBEZ, is departing that post and returning to This American Life, according to Chicago media writer Bob Feder.

KRCL-FM in Salt Lake City hired two staffers. Robbi Richter is directing philanthropy. She has worked in the fundraising field for 20 years, including as director of the University of Utah Alumni Association. And Cindy Kaiser is an underwriting specialist. Most recently in her 30-year career, Kaiser was director of development, marketing and events at KPCW in Park City, Utah.