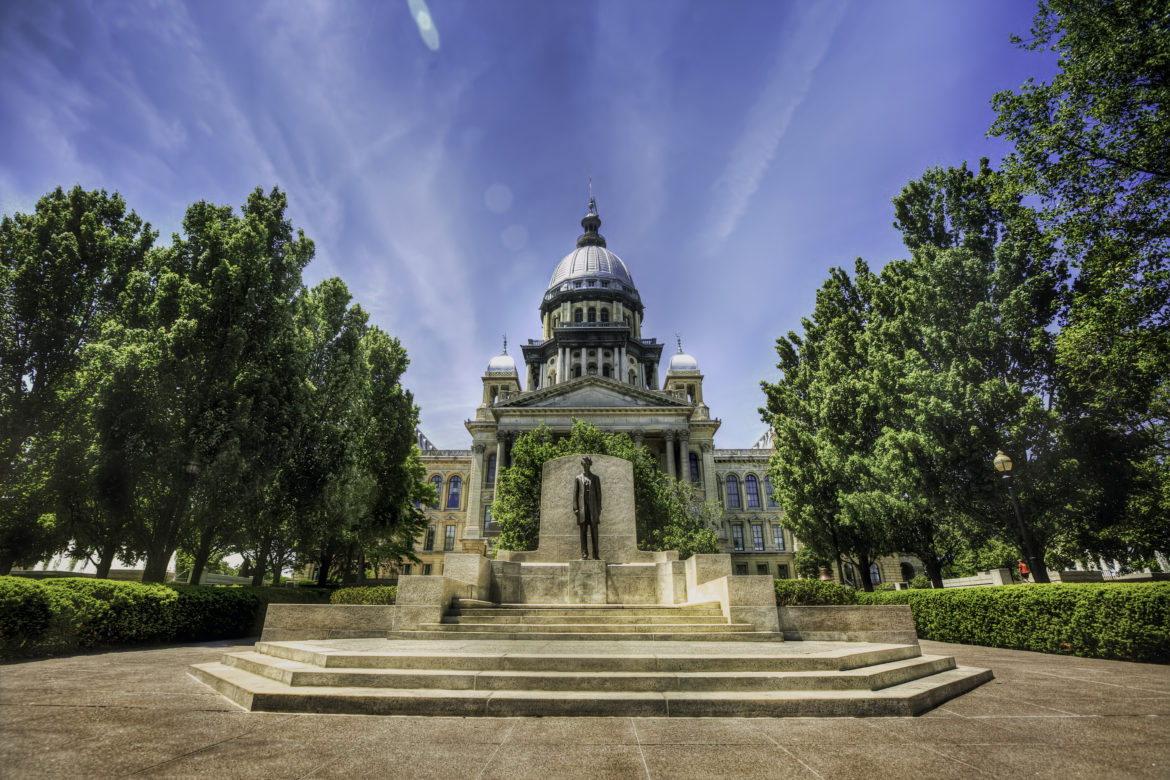 The Ilinois State Capitol in Springfield.

Public media outlets in Illinois are feeling the effects of a state budget crisis that could be heading into a third year in June.

Services classified as nonessential by the state have received no state support for two years. That includes the Illinois Arts Council, which distributed $10 million in state funds to hundreds of organizations in fiscal year 2015, including 18 public broadcasters.

Since his election in 2014, Republican Gov. Bruce Rauner has said he will agree to a budget only if the state’s Democrat-controlled House of Representatives goes along with reforms that would include term limits and a permanent freeze on property taxes. But the Democrats have held fast in opposing these measures. Some Democrats in the state believe Illinois may not pass a budget until Rauner’s term ends in 2019.

University-affiliated stations have multiple funding sources that are vulnerable. In fiscal year 2015, 39 percent of the revenue of joint licensee WSIU in Carbondale, licensed to Southern Illinois University, came from the university and from the Illinois Arts Council.

The university has continued to fund WSIU, even after losing state support in fiscal year 2016. But in January, an SIU committee proposed zeroing out support for WSIU by 2022.

“Obviously, the loss of university support would be difficult to overcome considering the nature of our service region,” said Greg Petrowich, executive director of WSIU. There is no timeline for when SIU’s chancellor will decide on the cuts, according to a university spokesperson.

Petrowich also told the Daily Egyptian, an SIU student publication, that the tough economy in WSIU’s service area resulting from the state budget impasse could also hurt WSIU’s support from viewers and listeners. The region has faced layoffs and the closure of social-service facilities as a result of the stalemate.

WSIU is responding by cutting costs, which involves being more selective about the shows it airs, putting off buying new equipment and eliminating almost all travel costs.

Like WSIU, TV station WQPT in Moline is a university licensee. But the station at Western Illinois University receives no direct cash support from its licensee and was unaffected by university budget cuts last year.

The station benefited from two bequests in fiscal 2015 that boosted its membership income by $181,516, according to a station financial report. In fiscal 2016, membership revenues dropped 32 percent to $375,392, but the sharp decline was attributable to the bequest income, according to GM Mary Pruess.

Declines in state and federal funding have created more competition among local nonprofits, WQPT’s auditors wrote in the financial report. But Pruess noted that the station’s membership income in fiscal 2016 increased from the amount earned before the bequests came in.

WQPT has had to scale back. “[The standstill] puts a huge dampening effect on our ability to do things,” Pruess said. WQPT cut staff last year and outsourced vacant traffic and programming positions. “It’s tight already, and it’s going to get tighter,” she said.

Yet there may be a silver lining. WSIU’s Petrowich said he’s seeing “unprecedented” levels of collaboration among Illinois stations because of the standstill.

Stranded by the State, a documentary that explored the toll the budget impasse has taken on Illinois residents, was a result of this collaboration. The hourlong film, adapted from a YouTube series, aired in two parts last month. It was distributed by joint licensee WILL in Urbana to stations including WQPT.

“Illinois will eventually have a budget, and that will be a key factor in determining how we move forward,” Petrowich said. “Of course, our unparalleled coverage of the budget crisis here in Illinois serves as a daily affirmation of the importance of our mission.”

Correction:  An earlier version of this story attributed the decline in WQPT’s membership income in fiscal years 2015 to 2016 to fundraising competition among local nonprofits. But the auditor’s statement explained that the station benefited from two bequests in 2015, income that boosted its membership revenues above the amounts that WQPT typically earns.