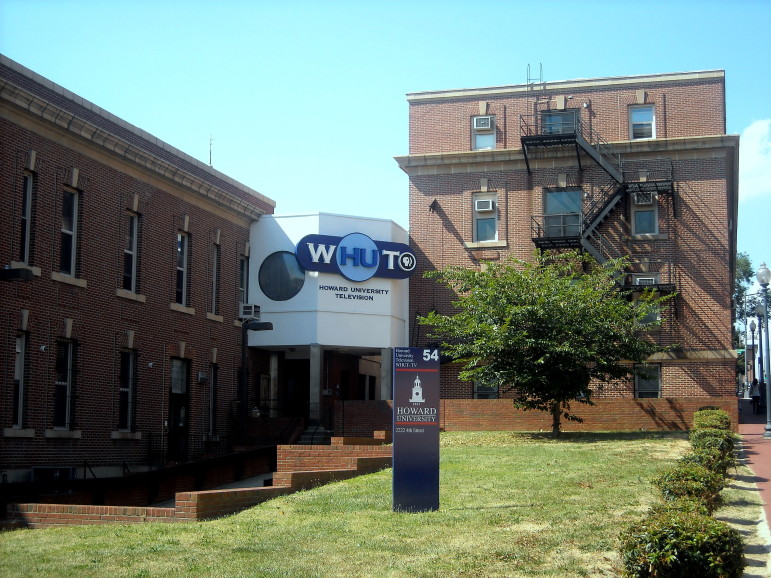 Howard University said Thursday that it’s withdrawing from the FCC’s spectrum auction, which enabled broadcast license holders to sell all or portions of their spectrum as part of an initiative to enable wireless carriers to expand their reach.

Howard, based in Washington, D.C., was considering selling the license to its public television station, WHUT, which is the only black-owned public media station in the United States. But many within Howard objected to the sale.

In a letter to Howard community members that was published by The Hilltop, Howard’s student paper, university president Wayne A. I. Frederick wrote that the school “voluntarily withdrew from the auction when it became apparent that the relatively low yield would not justify relinquishing the university’s rights to broadcast WHUT.”

Initial estimates suggested the station could net $460 million from selling its license, but the auction’s reverse bidding process drove down the price. (If you want more details on the mechanics of how the auction works, [we have] a thorough explainer here.)

The university had hoped that an influx of cash from the sale of the license could help address its financial struggles, but Howard Media Group, which is part of the university’s school of communications, outlined its opposition last year:

We have examined the ongoing struggle by racial minorities to have a public voice that can only be achieved through the media. It is our position and concern that African Americans and other diverse populations that are able to be seen and heard through the station’s programming would lose substantially if WHUT were to cease to exist.

Howard professor Carolyn Byerly, who leads the HMG, told me the group was pleased with the decision.

The advocacy group Free Press late last year launched a campaign to encourage public broadcasters — including WHUT — that were participating in the auction to use at least part of their earnings from the auction to invest in local public information and news services.

Until the most recent phase of the FCC auction, the proceedings were confidential and stations weren’t allowed to comment on them. But “now that the FCC has waived the blackout period, there is no real reason for the public media stations to keep secret the outcome of the auction,” Free Press’ Mike Rispoli said in an email. “We think that it’s time for the public media stations to come clean and be upfront with the public about the future of their station, the amount of money they are receiving, and what plans they have to continue informing the community.”

Many of Free Press’s efforts have focused on the state of New Jersey, which owns multiple broadcast licenses. The group is proposing an independent $250 million fund that could provide grants to support local journalism and community-based information efforts.

Some stations have already committed to using their auction earnings to fund new initiatives. WITF in Harrisburg, Pa., said it will use revenue from the auction to fund a new statewide news organization in Pennsylvania, start a local news literacy program, and launch the PBS Kids channel in its market.

Rispoli said Free Press continues to work with legislators and government officials in New Jersey to try to use some of the revenue from the auction to benefit local news and information. “From what we’ve heard from both the public and officials, there’s a real desire to address those needs,” he said. “It won’t be easy, but we’re optimistic that the state will use money from this windfall to strengthen the information ecosystem in New Jersey.”

This post originally appeared on Nieman Lab and is republished under a Creative Commons Attribution-Noncommercial-ShareAlike 3.0 United States License.