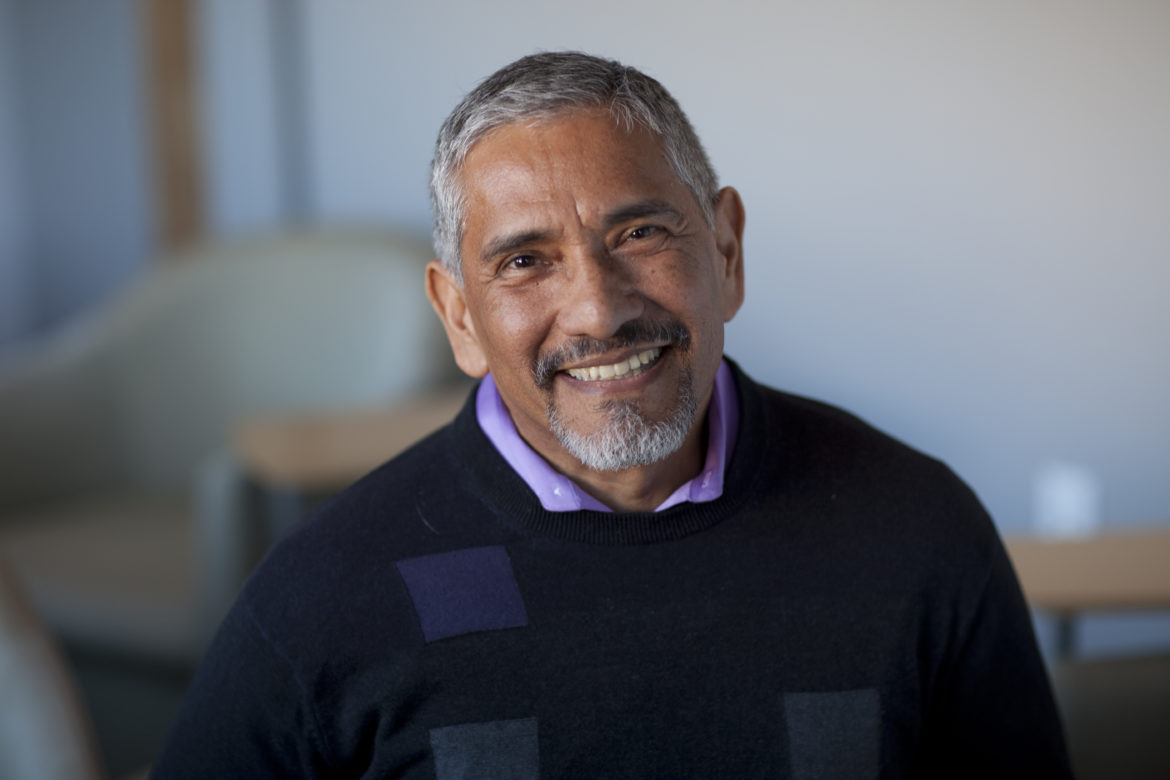 Vidal Guzmán, senior manager of client relations for PRI, drowned Monday while on vacation with his family in Puerto Rico. Guzmán died while trying to save his son, according to news reports. He was 60.

Guzmán joined PRI in 1994 as senior program manager for its news show The World, which was then preparing to launch. He went on to become senior manager of client relations for the network.

Colleagues remember Guzmán for his bravery, character and dedication to family. Friends recall his athleticism and infectious laugh. Guzmán was both a jokester and a tough guy, they say, and showed incredible warmth and adoration for friends and family.

“Behind that hard exterior … there was a soft underside,” said Sean Nesbitt, a friend and mentee of Guzmán’s.

Friends of Guzmán also describe him as a provocateur who was committed to increasing the representation of Latinos and other communities of color in public media.

Guzmán died when trying to save his 19-year-old son, who was struggling to stay afloat in waves near Manatí on the northern part of Puerto Rico, Telemundo reported. Guzmán’s daughter, Marieli Guzmán, told the New York Post that Guzmán pushed the young man to a rock. Citing authorities, Telemundo reported that Guzmán was unable to reach his son, who was pushed to a rock by the waves. Guzmán was taken to a local hospital and arrived without vital signs, according to Telemundo. 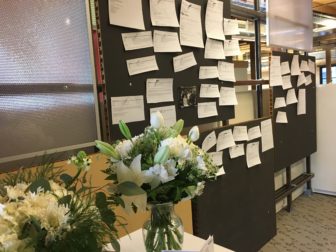 A bulletin board near the entrance to PRI has emails and tributes posted in memory of Vidal Guzman (Photo: PRI)

“The circumstances of his death speak to the man he was,” PRI President Alisa Miller said in a statement. “Vidal dedicated 22 years to PRI and is well-known throughout public radio as a key member of our client relations team. He was a kind, funny, enthusiastic proponent of all that public radio is and could be. He was such a great person. I personally always loved to hear his infectious laugh.”

Melinda Ward, chief content officer at PRI, said she’ll also remember Guzmán’s big grin. He was amused by the “foibles of public broadcasting,” Ward told Current, and made others laugh with his vivacity.

PRI colleagues could sometimes hear the client relations team laughing on the other side of the network’s open loft workspace, and Guzmán was loudest, Ward said. “You would just want to go over there and say, ‘What’s going on?’ and they could never explain it to you,” she said.

But Guzmán could also fool people with a stoic look. Tracy Phan, PRI’s senior manager of client relations, recalls how serious Guzmán looked when his team interviewed her for her job 12 years ago. He was assigned to her as a mentor. After she cracked his tough exterior, she joked, “You were my mentor first, but you really turned into my tormentor.”

Nesbitt, who left his position as manager of trade marketing with PRI last year to become station relations director for PRX, credits Guzmán with helping him “survive” and “thrive” in public media and offering practical advice on how to interact with stations to yield the best results. Guzmán was an “invaluable resource,” he said, who helped him learn the ropes and identify key players.

Vidal Guzman was part of original crew that helped bring @pritheworld into being. His smile was infectious & his joy boundless. A sad day. https://t.co/lNGIshk8WQ

Guzmán had a talent for understanding different perspectives, Ward said. If a station dropped a show that was important to PRI, he’d try to understand why. And his background in programming at Wisconsin Public Radio before joining PRI helped him understand the producer’s point of view as well, Ward said. Amid the sometimes conflicting needs of stations and producers, “that made him really effective in his relationships with stations and talking about programming,” Ward said.

Guzmán’s colleagues in client relations say he enjoyed attending industry conferences. He loved crossword puzzles and was a member of Toastmasters.

“He’s an incredible public speaker, eloquent and precise, and at the same time can talk to you like you’re just a guy at the local bar,” said Michael Pfeifer, associate director of client relations for PRI.

Guzmán grew up in San Antonio and earned a bachelor’s degree in Spanish at the University of Wisconsin-Madison. He later spent 10 years at WPR, where his roles included technical director, producer and recording engineer, according to his LinkedIn profile. He then worked in public relations before rejoining public media at PRI.

Guzmán is survived by his wife and four children. Funeral arrangements are pending.

Clarification: This post has been updated to reflect differing press accounts about Guzmán’s death.