Guest co-anchors are rotating onto weeknightly broadcasts of the PBS NewsHour, working beside Judy Woodruff, co-anchor and managing editor.

Woodruff shared the job of helming PBS NewsHour with Gwen Ifill, who died in November.

The show’s management is still “considering next steps for the program,” NewsHour spokesperson Nick Masella told the Journal-isms blog. 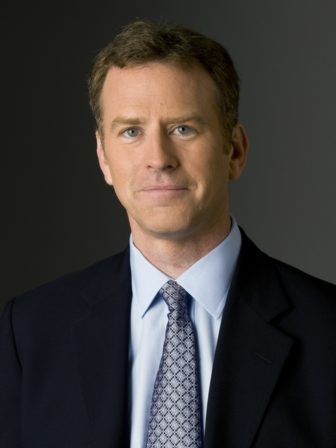 Ifill also moderated the Friday-night political roundtable Washington Week. For now, producing station WETA in Washington, D.C., is relying on guest hosts for that show, according to spokesperson Mary Stewart. No decision has been made on a new moderator, she said.

“The future of the show is solid,” Stewart said. “The moderator is the outstanding question.”