Projects range from a web series of three-minute videos to several 90-minute documentary films. The proposals are in various stages of development including research, production and  postproduction.

“We look forward to working with these producers to bring these important stories to the American public on PBS,” said Sandie Viquez Pedlow, executive director of Latino Public Broadcasting, in the announcement.

18 Bakers, a 20-episode interactive web series about a 2008 immigration raid on the French Gourmet, a San Diego restaurant and bakery employing undocumented workers;

Amigas, a digital short film about an elderly Latina lesbian that presents a wider look at gay and elder rights;

Building the American Dream, an hourlong documentary about the $72 billion construction industry in Texas and its undocumented workers fighting for basic rights and safe working conditions;

Cocaine Prison, a 90-minute film shot in Bolivia over five years that follows a cocaine worker, a drug mule and his younger sister to provide an inside look at the drug war;

Diego & Frida in Detroit, a 90-minute documentary that chronicles the life and art of Diego Rivera and Frida Kahlo in the 1930s and their lasting impression on the city;

Perfectly Normal for Me, an hourlong film about three kids attending Dancing Dreams, an afterschool program in Queens, N.Y., that combines dance and physical therapy; 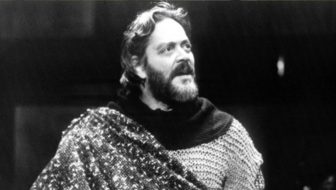 A scene from Raúl Juliá: The World’s a Stage. (Photo: LPB)

Raúl Juliá: The World’s a Stage, an hourlong portrait of the actor’s journey from local stages in his native Puerto Rico to Broadway and Hollywood;

Stepping Up (w.t.), a 90-minute film about Dominican immigrants in New York City determined to be the first in their families to attend college and bring their peers along with them;

The Rise & Fall of the Brown Buffalo, a one-hour profile of the enigmatic lawyer, writer and activist Oscar Zeta Acosta, who disappeared off the coast of Mexico in 1974; and

The Silence of Others, an hourlong look at the first attempt to prosecute crimes perpetrated in Spain under the dictatorship of Francisco Franco.