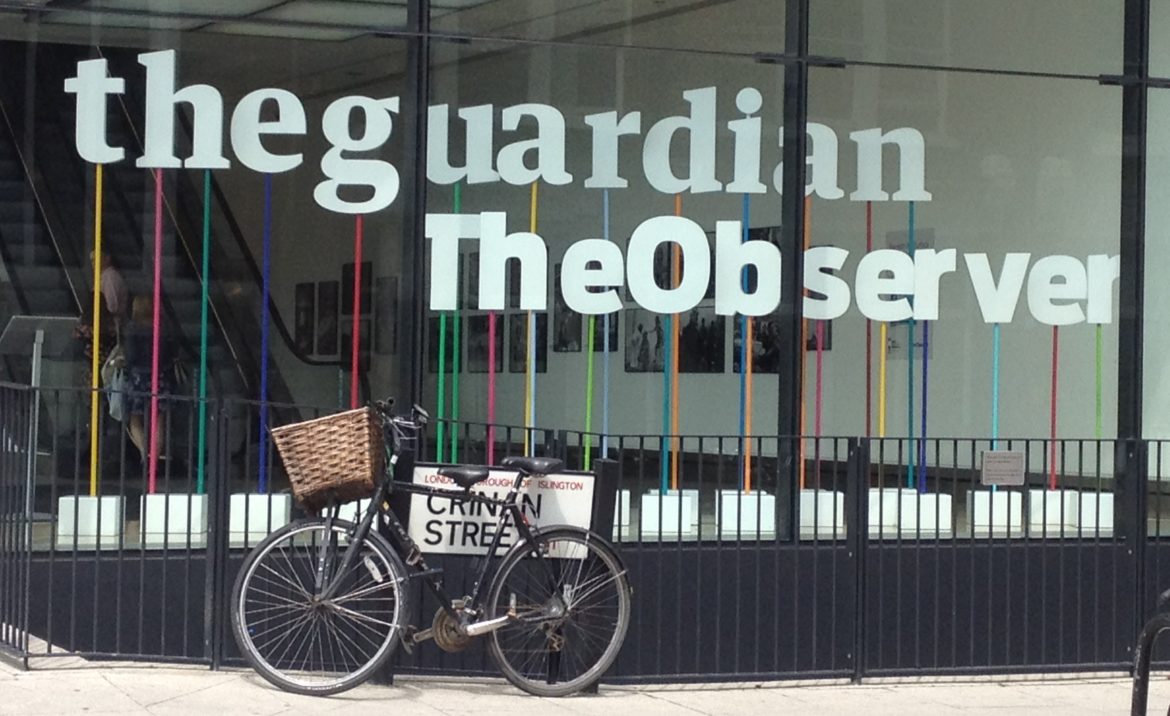 The window of the Guardian building in London (Photo: Wikimedia Commons) 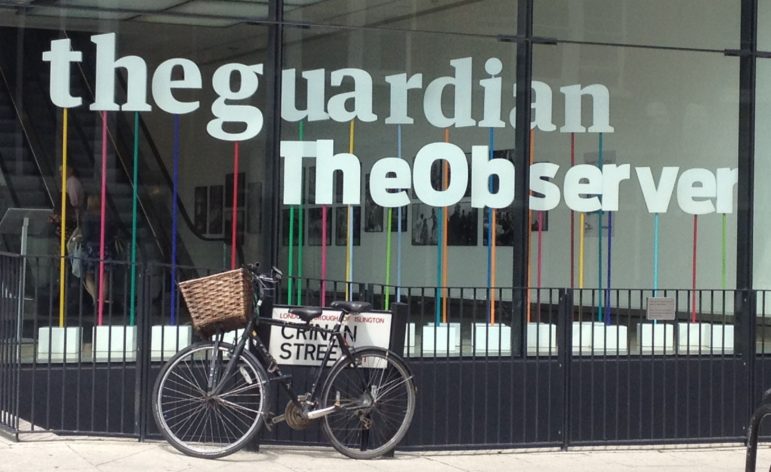 The Guardian building in London (Photo: Bryantbob via Wikimedia Commons)

The U.K.-based Guardian has seen a boom in online memberships since the election of Donald Trump, boosting its efforts to turn reader donations into a sustaining revenue stream.

The business model of U.S. public media partly inspired the publisher’s move to sign up members, and the U.S. election provided an occasion to take the program a step further. The Guardian seized on Trump’s victory to emphasize its left-leaning take on the news, prompting a “major surge” in contributions, according to Guardian US Deputy Editor Jane Spencer. 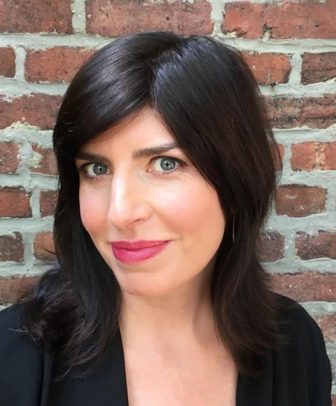 The Guardian’s home continent lacks “a deep tradition of philanthropic giving to institutions like the arts, nonprofits and the media because governments are far more likely to fund those institutions,” Spencer wrote in an email. “So when the Guardian first began exploring a membership and contributions model, we looked very closely at America’s public media organizations for inspiration.”

In its promotion of memberships, the Guardian says its ownership structure enables it to be a “truly independent media voice” in the U.S. “I think a lot of the Guardian’s messaging around our independence and freedom from corporate interests is similar to pitches made by public media in this country,” Spencer wrote.

Guardian US began dialing up its membership program in September, tying messaging to the presidential campaign. After the Brexit vote, Spencer said she and her U.K. colleagues were attuned to surprise election outcomes and unreliable polls. They drew up outreach and marketing plans for various outcomes for the U.S. election. “Unfortunately, we woke up on November 9th and had to roll out the Trump set of messages,” she wrote.

Unlike much of the U.S.’s public media, Guardian US shows a clear point of view in its coverage and membership appeals. The strong progressive angle “allows us to connect directly with our readers on an emotional level around a set of common core values — and that’s why we decided to look directly to our readers for support, through both contributions and membership,” Spencer said.

The day after the election, Guardian US described a divisive campaign and a pressing need for independent journalism. “Many people, in America and around the world, are frightened,” wrote Lee Glendinning, Guardian US editor. “Trumpism has exposed faultlines of cynicism, racism, misogyny and xenophobia, and awakened long dormant white nationalist groups.” Readers were urged to donate or become members.

“I think a lot of the Guardian’s messaging around our independence and freedom from corporate interests is similar to pitches made by public media in this country.”

That day the Guardian brought in 25 times the number of memberships from U.S. readers than it had been getting on an average day, Spencer said. Global donations also increased, with the Guardian signing up thousands of new members and raising hundreds of thousands in contributions for several weeks following the election. The Guardian declined to share specific income or membership numbers.

Guardian US opted against imposing a paywall so it could keep its news free and publicly available, Spencer said, like U.S. public media organizations.

After the election, the Guardian tested different messaging focused on Trump’s attacks on a free press and the organization’s commitment to holding the new president accountable. Messages that led to the most memberships and donations didn’t overtly mention Trump but instead focused on supporting independent journalism and the financial challenges facing the news industry.

“They were simpler ‘We need your help’ and ‘If you read us, please support us’–type messages,” Spencer wrote.

3 thoughts on “With post-election pitches, the Guardian puts a left-leaning spin on U.S. public media fundraising”