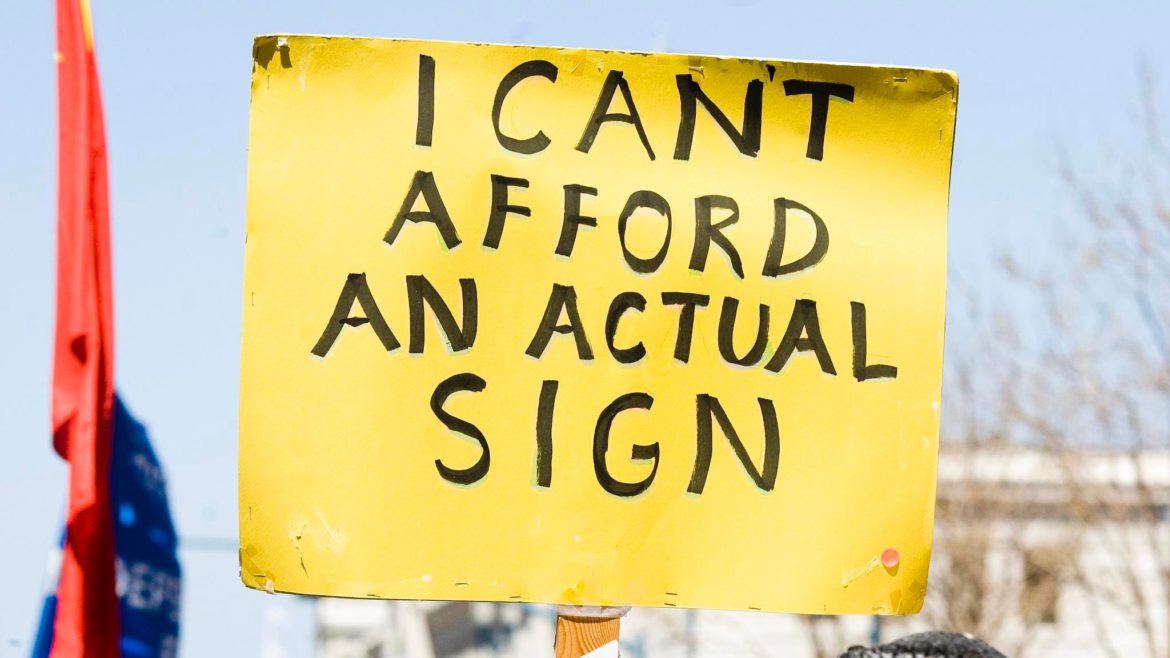 If you’ve worked at a public media organization — or any kind of media organization — for more than a year, you know when it’s awards season. When exceptional work done by producers, reporters, videographers and editors at public radio and television stations is recognized by awards from peer organizations, we are pleased to share that news with our staff and our supporters.

Too often, though, we don’t recognize all of the professionals in our organizations whose work contributes to the stories and shows that get those awards, including engineers who keep our computers and broadcast facilities running smoothly, accountants who make sure our bills get paid and HR staff who make sure we comply with labor regulations, just to cite a few examples. At mission-driven organizations, every employee contributes in a material way to upholding the public media mission, even though they may not always share the spotlight when awards are handed out.

But with such recognition comes responsibility, and that responsibility is growing in importance as public media gains stature as a news source for a growing audience. Journalists in public media are already keenly aware of the scrutiny that comes with their jobs. They are reminded almost daily of the expectations people have for them as they interview subjects or receive comments about their stories. It is less common for accounting, engineering or development staff to have such interactions.

Nevertheless, people outside of public media associate every staff member, regardless of their function, with the mission of the organization. So the conduct, activities and even social media posts of all employees do reflect on the organization to some degree.

In recognition of that, Oregon Public Broadcasting undertook an effort in 2013 to develop a code of employee conduct to provide guidance about activities our staff engage in outside the workplace. From the outset, we recognized that senior managers, on-air staff and journalists would be held to a higher standard. But we also wanted to set reasonable expectations for all staff so that they would be willing and able to have candid discussions about conduct outside the workplace that could bear on the organization’s reputation.

We convened a working group of staff members from departments across the organization to develop this code. Early on, we agreed that our objective was to create a set of principles that would contribute to a culture of discussion and assessment, not to create a set of rules that people had to memorize and follow.

Who is a journalist?

One of the major issues we addressed is the use of social media platforms. Many journalists use these tools on a daily basis to help them report stories and share insights into their work. Producers or editors who work on longer production timelines, such as documentary or segment producers, may use social media as private individuals more frequently than they do as public media employees. And employees in critical support positions may never participate in social media as “official” representatives of our organization. Our Code of Conduct aims to provide guidance for the entire range of employees.

One of the first principles the code establishes is that virtually all online activity by OPB employees can reflect on the organization:

Because you are an OPB Employee, the opinions you express online — whether on a personally maintained website, as a public post in an online forum or in another form of social media for personal comment — may affect OPB’s reputation as a source for impartial news, or may cast doubt on OPB’s ethical standards of behavior.

The code goes on to specify that journalists at OPB “must refrain from expressing views on contentious public issues, such as ballot measures, and must not use professional social media accounts to support or oppose particular causes or movements.” This ensures that OPB will be viewed as a neutral provider of information.

But who, exactly, is a journalist? Answering this question led to an evolution in our thinking. For example, three producers work in a historical documentary unit at OPB. They produce 30- and 60-minute television programs about historical figures and events in the Pacific Northwest.

Although such programs are not, strictly speaking, “news,” they are fact-based. The producers hold themselves to very high standards by thoroughly researching their subjects, considering them from multiple perspectives and ensuring that the final productions are accurate and balanced. In that context, those producers are acting like journalists, so they are held to a higher standard for social media use under the Code of Conduct. Their work and their online activities as OPB employees directly affect the organization’s reputation. The same goes for producers of our weekly TV series, Oregon Art Beat and Oregon Field Guide. 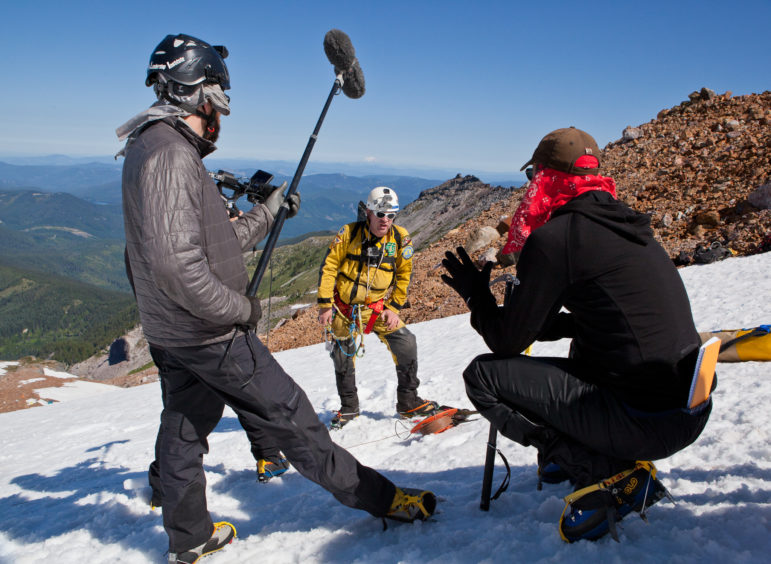 On the other hand, a development staff member would not be held to such a high standard. Members of the public are unlikely to recognize fundraising staff as having responsibility for OPB’s programming and journalism. Nevertheless, as an employee of the organization, we still encourage them to behave no differently online than they would in any public setting where they might be identified as an OPB staff member.

Here’s another example of how the Code addresses a potential area of concern (this is a hypothetical scenario, it should be said): In 2011, the Occupy movement set up a large campsite in two parks in downtown Portland. This campsite got a lot of media coverage from all kinds of media outlets. Amy Accountant, who works at OPB, frequently visited the site on the weekends, where she volunteered in the food tent to show her support for the cause. She did not represent herself as an OPB employee, or wear any identifying logos or gear.

Chris Cameraman was on site on several different occasions to film the protest, and returned several times for a few hours after work to participate. He was caught in a few subsequent online blog photos holding a sign reading “Free the 99%.”

Though Chris’s work at OPB is more technical than editorial in nature, there is a possibility the circulation of those photos in social media could lead to the perception among some members of the public that OPB was taking sides. Amy, on the other hand, has a smaller chance of implicating OPB for many reasons, including the nature of her job, her choice of when to visit the site, and the manner of her involvement: Feeding people may be seen as less directly political than holding a sign.

The Code itself asks all employees to weigh whether their participation in a protest, rally or parade may jeopardize OPB’s neutrality by considering the purpose and character of the event, the individual’s level of involvement and the degree to which a person would be recognized as an OPB employee. Generally, we direct our employees to avoid wearing OPB logos or something similar, unless they are specifically assigned to represent OPB with the authorization of management. Otherwise, we encourage employees to openly discuss their plans with supervisors and to weigh implications and consequences of several different courses of action before making a decision about whether and how to participate in activities like a protest or rally.

Building this kind of process is critical for public media organizations. We need to encourage a culture of discussion in our organizations about what our ethical practices are and how we apply them to our work. Senior editorial leaders and managers must be firmly grounded in principles of ethical journalism and must be able to make and defend decisions about what is appropriate and inappropriate behavior. They should serve as resources for all staff members when it comes to talking about activity that bears on the organization’s editorial integrity.

Establishing a detailed set of rules governing behavior of employees is unrealistic in today’s rapidly changing media and cultural environment. Platforms and circumstances change too quickly for such an approach to be practical. Rather, as providers of trustworthy and impartial content, leaders of our organizations need to establish principles of ethical behavior for employees and then encourage active discussion of how those principles apply in real-life situations.

Public media needs new venues for discussion of ethical frameworks and ways to share best practices in applying them to our work.

We can develop such principles by fostering robust internal discussions, engaging with faculty at journalism schools and making use of resources provided by journalistic associations, such as the Editorial Integrity for Public Media Project and the Society of Professional Journalists. But public media also needs new venues for discussion of these ethical frameworks and ways to share best practices in applying them to our work.

One immediate step we could take in this regard is to form a new public media organization with the mission of promoting the journalistic values and best practices we embrace across radio, television and digital platforms. Such an organization could convene industry-wide conferences, offer public media journalists as representatives to existing industry groups and serve as the voice of public media’s journalistic leadership. Our existing local-national collaborations are already a model for other journalism organizations. But creating an organization to expand and improve this model would allow public media to assume an even more important role in transforming journalism in the United States.

With its combination of respected national organizations and community-centric local outlets, public media has much to offer audiences seeking sources of trusted, neutral information in an environment of polarizing media outlets, fake news stories and a firehose of social media content. We can each do our part to uphold the original mission of public broadcasting by setting and adhering to high ethical standards and by keeping our commitment to public service squarely at the heart of everything we do.