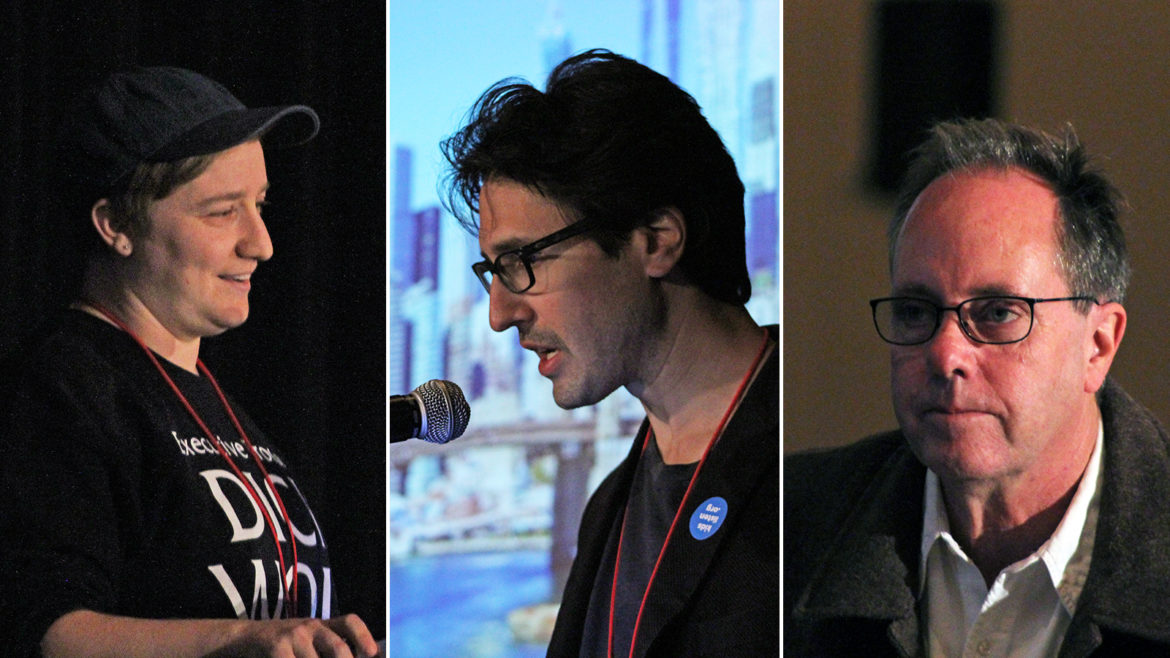 I will call Transom founder Jay Allison the noble, bleeding conscience of public radio. When he addresses his colleagues, his voice is so saturated with empathy and purposefulness; the sincerity drips down into the crowd, which can’t help but soak it up.

“I miss the wacko fringe in public radio,” Allison told attendees of the 2016 Third Coast conference in Chicago. “It’s important, because the fringes move the center.”

Allison exhorted audio creators to “be odd” and “nourish the fringe in yourself” during the collection of brief “sermons” he delivered as part of Third Coast’s inaugural “Late Night Provocations” program. Speakers, including myself, were invited to say something in five minutes that would provoke the crowd to think differently about their field.

In this episode of The Pub, we hear three of those talks — Allison’s, my own (which was an update of an argument I’ve made before about where people like me should live), and a speech by Pineapple Street Media co-founder Jenna Weiss-Berman, who managed to say something you haven’t heard yet about “public radio voice.”

Weiss-Berman’s talk included never-before-heard audio of Heben Nigatu and Tracy Clayton of Buzzfeed’s Another Round (a show Weiss-Berman produced) attempting to do an “NPR voice” with the help of NPR’s Gene Demby.

Also this week, a follow-up with journalist Robin Amer, who was among the winners of the 2015 WNYC Podcast Accelerator competition. After a lengthy piloting process, WNYC has opted not to pick up Amer’s investigative show The City. We talk about what happened and where her show goes from here.