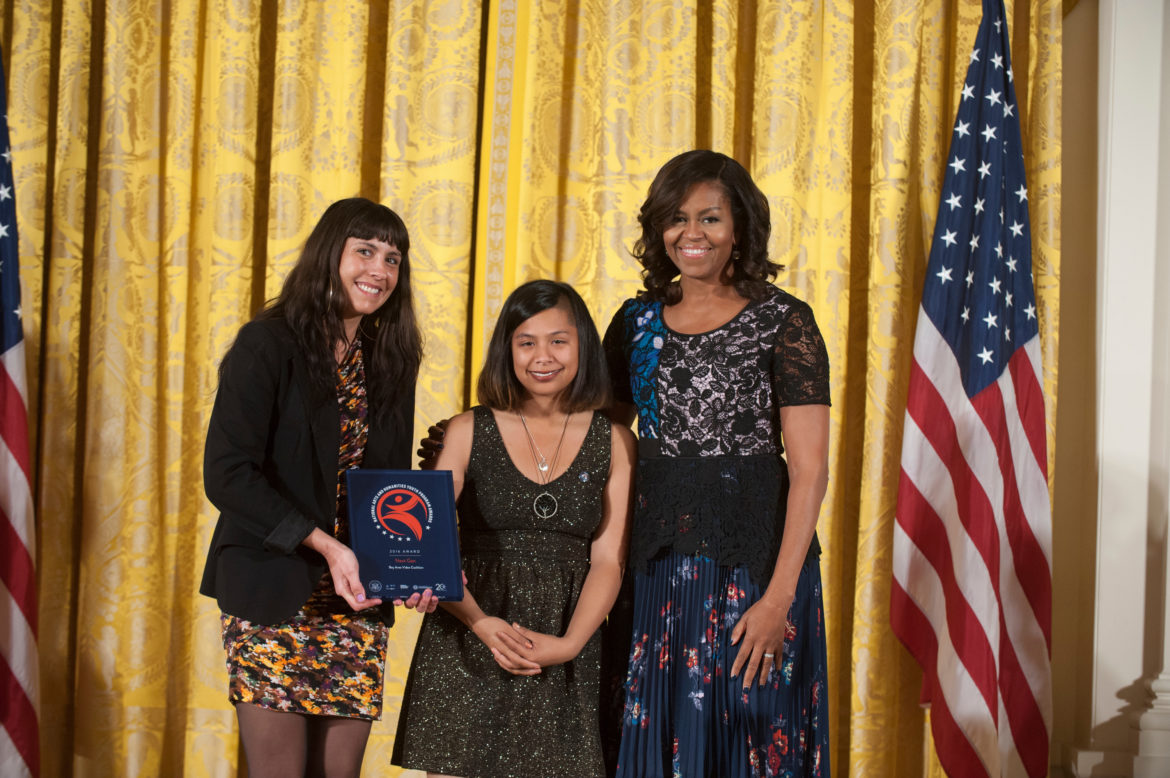 After several years of placing as a finalist, the Bay Area Video Coalition took home one of this year’s National Arts and Humanities Youth Program Awards.

BAVC received the award from first lady Michelle Obama at the White House Tuesday in recognition of its Next Gen youth program, which trains young people in storytelling through audio, video, design and digital platforms.

In receiving the award, BAVC was among 12 community-based organizations chosen from a pool of 251 nominees and 50 finalists by the President’s Committee on the Arts and the Humanities. The award recognizes organizations for helping young people learn life skills by engaging them in arts and humanities.

Big thank you to @NAHYPawards @WhiteHouse & @MichelleObama! It's an honor to be named one of the best youth programs in the country! #NAHYP pic.twitter.com/yoPO7oRoc8

Winners of the award were chosen for their successes in enhancing the lives of young people, cultivating their imaginations and forging new pathways for learning and self discovery at times when children are most vulnerable, after school and over the summer, said George Stevens Jr., co-chairman of the President’s Committee on the Arts and the Humanities.

In 2015, student work from the Next Gen project was screened at 29 film festivals. Ninety-one percent of BAVC’s students pursue advanced studies in media education.

Moving forward, BAVC Executive Director Carol Varney would like to expand the free program, which serves 14- to 18-year-olds. “We had three times as many applicants this year who have taken interest in the program,” Varney said.

“I want to thank all of the young people for working so hard,” Obama said during the ceremony in the East Room. “Don’t ever lose hope. Don’t ever feel fear. You belong here.”