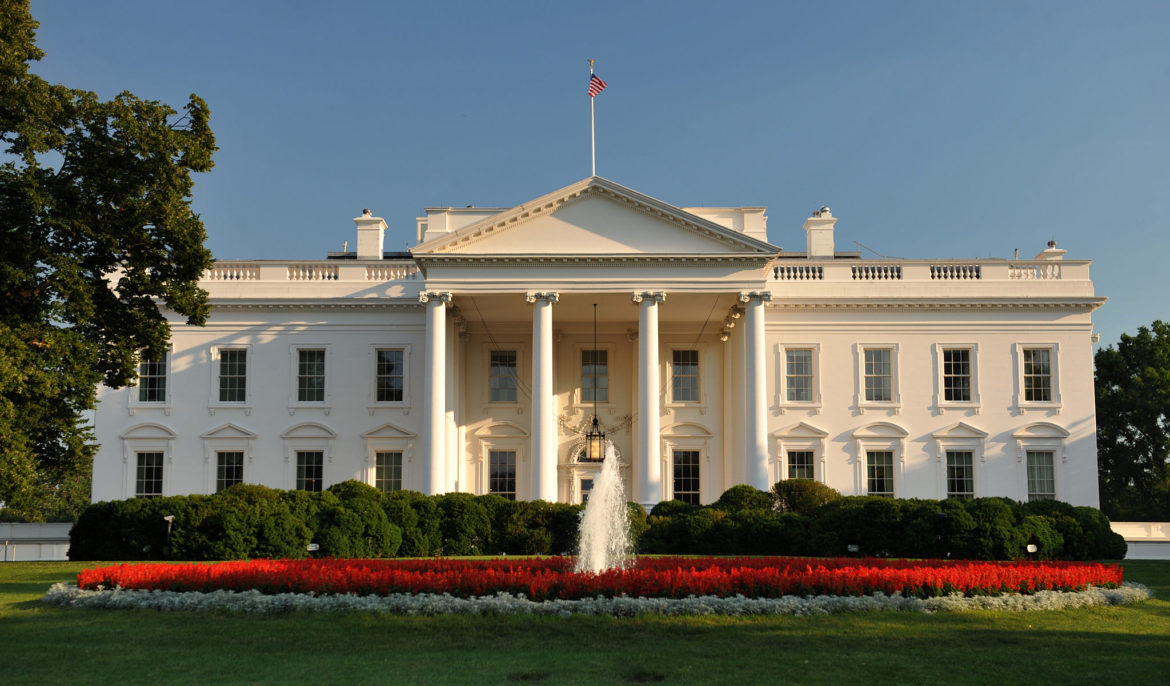 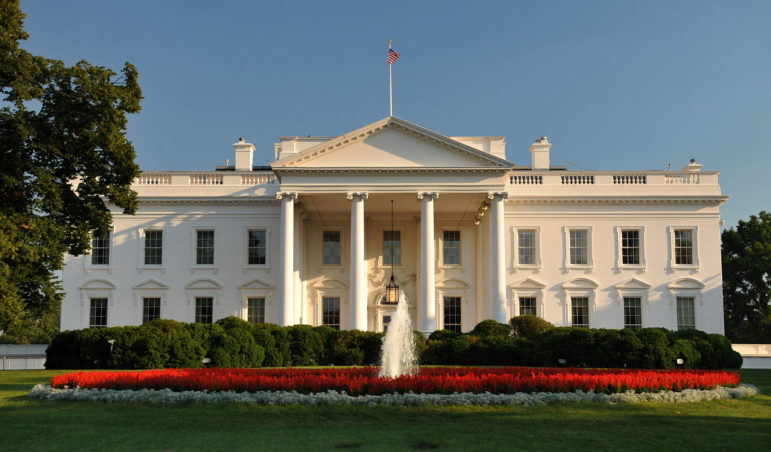 The election of Donald Trump as president of the United States promises sweeping change in Washington, D.C., and members of the public broadcasting community are naturally asking what that may mean for us.

Let’s start with what hasn’t changed.

Three powerful congressional chairmen who support public broadcasting will continue in their key roles in both the House and Senate.

Rep. Tom Cole (R-Okla.), who accepted the America’s Public Television Stations’ Champion of Public Broadcasting award at the Public Media Summit earlier this year and has been an effective advocate for our federal funding, continues to lead the House Appropriations subcommittee on Labor-HHS-Education.

In addition, the Republican majorities in Congress will retain the same leaders.

Sen. Mitch McConnell (R-Ky.) continues as majority leader, though with a slightly smaller 52–48 majority following the Nov. 8 general elections in which Senate Democrats picked up two seats. McConnell is an admirer of Kentucky Educational Television and its commitment to lifelong learning and civic leadership in the Commonwealth of Kentucky. 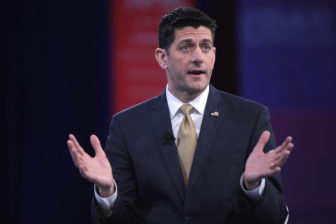 Rep. Paul Ryan (R-Wis.) will be re-elected speaker of the House, and he too will have a slightly reduced majority next year.

In his earlier role as chairman of the House Budget Committee, Ryan proposed to eliminate funding for public broadcasting. We at APTS have been working to persuade him that the very modest investment the federal government makes in public broadcasting (0.01 percent of the federal budget) pays very large dividends in the essential fields of education, public safety and civic leadership. The return on investment provided by local stations is a demonstrable record that should appeal to the most diligent watchdog of the public treasury.

Just such proof converted Vice President-elect Mike Pence (R-Ind.), who was a critic of federal funding for public broadcasting during his service in the House of Representatives. As governor of Indiana he concluded that public television provides a high-quality, cost-effective solution to early-childhood education for the children of the Hoosier State, and in 2013 he became the first Indiana governor in eight years to propose a public investment in public broadcasting. Since the state provided $1.56 million in fiscal 2013, Indiana’s annual funding for public broadcasting has more than doubled, to $3.56 million in FY 2017. APTS honored Pence as a Champion of Public Broadcasting at the 2014 Public Media Summit.

As APTS has sharpened its focus on public television’s service missions of education, public safety and civic leadership, bipartisan support in Congress has grown consistently across the ideological spectrum. 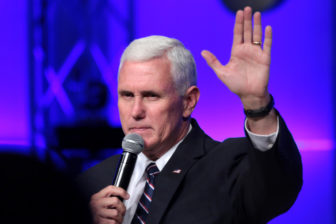 Erstwhile conservative critics have been especially impressed with our emphasis on public safety, including our commitment to support the FirstNet national emergency communications system and our strategic partnership for public safety datacasting with the U.S. Department of Homeland Security. In addition, a growing number of successful local pilots are demonstrating the abilities of public television stations to significantly enhance emergency communications in rural, suburban and urban America.

Our long-honored role in education, including the work that PBS and stations have done to prepare 90 million preschool kids to succeed in school and in life, has been significantly enhanced in recent years by the introduction of PBS LearningMedia. This service has created more than 100,000 interactive digital learning objects from the best of public television programming — plus excellent resource material from the Library of Congress, the National Archives, and other sources. All of this enables nearly 2 million teachers and 40 million K–12 students (including tens of thousands of home-schoolers) to enrich their classroom experience every day — for free.

Public television’s role in civic leadership encompasses everything from stations that serve as the C-SPANs of their state governments to those that host candidate debates at every level of the ballot. Our stations produce the most trusted and civil public affairs programs on television, create documentaries on local history and culture, and reach everybody everywhere with the finest educational and cultural programming available — again, for free — without regard for commercial considerations.

These services are especially important — and especially valued — in America’s heartland, whose citizens clearly expressed themselves in the elections that just concluded. Even before the general election, congressional leaders embraced “evidence-based policymaking” on a bipartisan basis. Speaker Ryan and Sen. Patty Murray (D-Wash.), the new Senate assistant Democratic leader, co-chair a commission on the subject. Under this framework, public television’s impressive return on public investments should be increasingly valuable to lawmakers on both sides of the aisle and both sides of the Capitol.

APTS has also made a successful case with the nation’s governors and state lawmakers — most of them Republicans — who increased state funding for public broadcasting by a collective 8 percent from FY 2016 to FY 2017.

What has changed on the Hill is the chairmanship of the House Appropriations Committee and the leadership of the Senate Democrats.

Rep. Rodney Frelinghuysen (R-N.J.) is expected to succeed Rep. Hal Rogers (R-Ky.) as Appropriations chairman. Frelinghuysen is a friend of public broadcasting, as is the retiring chairman, whose support for our cause in these past critical years has been enormously important.

Sen. Charles Schumer (D-N.Y.) is the new Democratic leader of the Senate. Also a consistent supporter of public broadcasting and a skilled legislator, Schumer should be an effective champion of our cause, along with Democratic Whip Richard Durbin (D-Ill.), a 2015 Champion of Public Broadcasting.

The most profound leadership change in Washington is in the White House. For now, we do not know what the new president intends for public broadcasting. There was no discussion of federal support of public broadcasting during the presidential campaign. The platform adopted at the Republican National Convention this summer made no reference to it.

We do know that many Republican presidents, going back to Dwight Eisenhower, have supported our work.

Americans of every political persuasion strongly favor federal funding for public broadcasting, and they rank it as the best investment the federal government makes, after only national defense.

After initially proposing to eliminate federal funding for public broadcasting, President Reagan ultimately decided that federal funding effectively “primes the pump” for other substantial private-sector investments in public media and is an appropriate role for the government.

In the last Republican administration, President George W. Bush proposed the elimination of CPB funding. But over the course of his two terms in the White House, including four years with Republican majorities in Congress, our funding actually increased.

Looking beyond the White House and Capitol Hill, Republican members of the Federal Communications Commission have been consistently sympathetic to broadcasters’ interests. We are confident that they will continue to support our work in a new majority.

At this early stage in the transition, there are many other positions of government leadership yet to be filled that will have important bearing public broadcasting’s future. These include the appointment of Betsy DeVos as secretary of education and Steve Mnuchin as Treasury secretary, as well as yet-to-be-named nominees to lead the departments of Homeland Security and Commerce and to administrative positions such as the director of the Office of Management and Budget. President-elect Trump’s appointments for each of these key posts, as well as to his White House staff, will influence our work.

Also largely unknown are the legislative strategies the new president and the congressional leadership will pursue to redirect important national policies for taxation, spending, regulations, trade, health care and infrastructural investments — and how those strategies may affect our funding.

What we do know is this: Americans of every political persuasion strongly favor federal funding for public broadcasting, and they rank it as the best investment the federal government makes, after only national defense.

They do so not only because of the fine educational programming we provide at the national level, but also because locally owned and operated public television and radio stations have proven to be effective dedicated partners in providing essential services to all Americans everywhere.

APTS looks forward to working with the leaders of the new Washington in pursuing these missions of education, public safety and civic leadership. We all know these are the keys to our country’s future success.

4 thoughts on “As power shifts in Washington, pubcasting has allies in key posts”