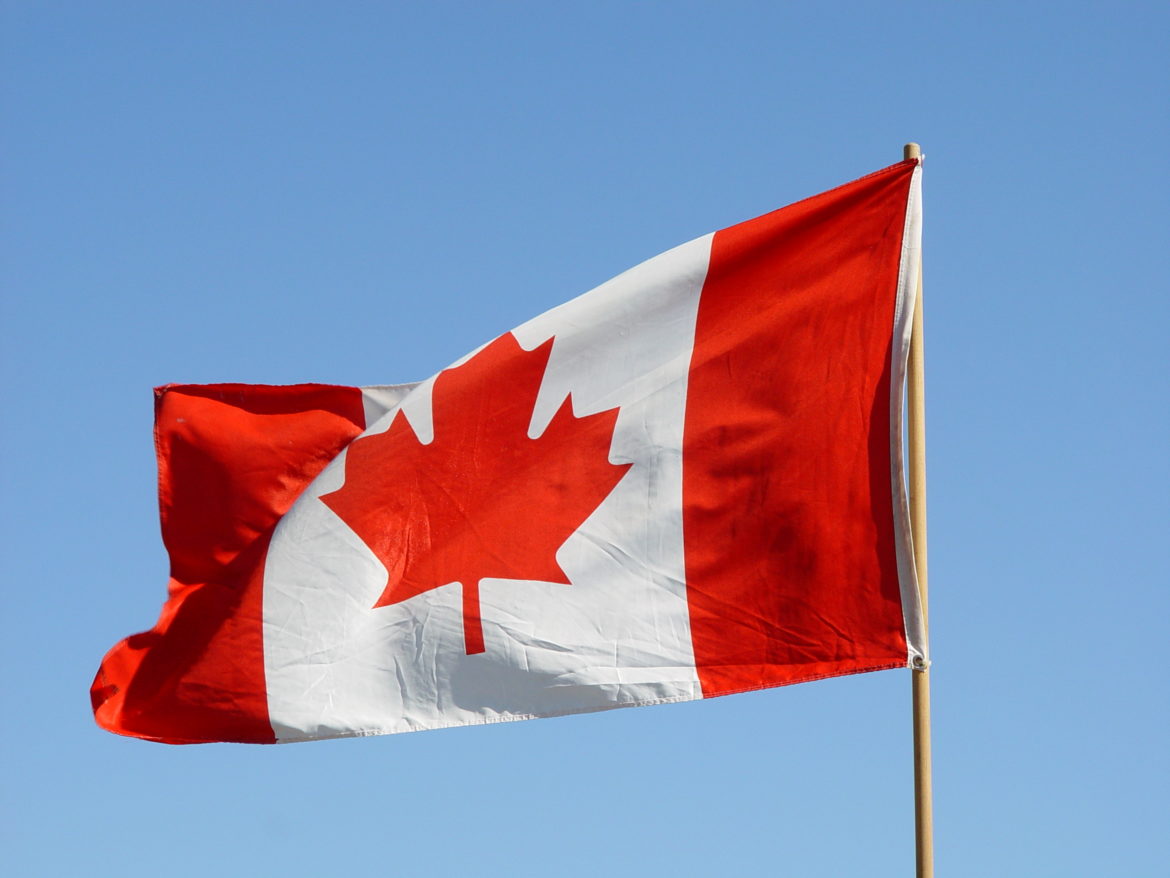 After watching with growing alarm as Canada’s federal tax agency launched legal strikes against charities affiliated with pubcasters in Vermont and northern New York state, KCTS has opted, preemptively, to accept a hit on revenue from Canadian donors to avoid a potential battle it believes it has little hope of winning.

In July KCTS stopped accepting member donations through its longtime Canadian friends group Pacific Coast Public Television Association, a registered Canadian Revenue Agency charity that’s been affiliated with the station since 1987. KCTS now directs its members in Canada to send donations directly to its Seattle headquarters, which can issue only U.S. tax receipts. The move came after the CRA revoked or annulled the charitable status of friends groups similar to PCPTA.

“When we saw how the CRA was looking at and, frankly, ruling against those other entities in eastern Canada, we made the decision that we wanted to change our relationship and work directly with [Canadian] members,” said Rob Dunlop, KCTS president.

“We felt that perhaps it made sense for us, if we want to maintain a healthy and robust relationship with our Canadian members, [to be proactive] and not leave at the end of some regulatory challenge,” he said.

It’s too early to gauge the financial impact on KCTS, but a full one-third of its 100,000 active members reside in Canada. Dunlop said KCTS has about 1.2 million viewers north of the border.

Other public television stations in the CRA’s crosshairs have already felt the squeeze, with major donors showing the sharpest falloff.

In the northeastern U.S., Canadian donations to Mountain Lake PBS during its March 2016 pledge drive plunged by 38 percent from last year’s on-air campaign, reflecting CRA’s August 2016 decision to annul the charitable status of its Canadian friends group. The station, WCFE in Plattsburgh, N.Y., is currently appealing that decision in Canadian federal court. If it loses, the stakes are so high that Mountain Lake may seek a hearing before the Canadian Supreme Court, said President Erik Nycklemoe.

Nycklemoe noted that Canadians make up almost 60 percent of WCFE’s active membership. The greater Montreal area, with a population of 4.1 million, has a potential audience 10 times the size of Plattsburgh’s.

And given Canada’s high tax rate, he said, “Canadians really like their tax receipts.”

Mountain Lake PBS has spent about $100,000 so far fighting the CRA and can spend up to another $40,000 this fiscal year, Nycklemoe said.

At Vermont PBS in Burlington, donations from Canada dropped to 15 percent of all donations in fiscal year 2016, according to President Holly Groschner. In the previous fiscal year, Canadians provided 20 percent of donations to the state network.

Vermont PBS fought for six years to reinstate the charitable status of its friends group, the Public Television Association of Quebec. But in July 2015 it lost an appeal of the CRA’s decision and decided not to pursue the costly and distracting battle any further.

“Our approach to this unfortunate situation is to keep doing what we do better and to keep growing,” Groschner said.

Who controls the charity?

The issues involved in each CRA case are complex and vary somewhat by station. But the CRA’s objections seem to boil down to this: A group that simply collects donations from Canada and forwards them to a U.S. organization doesn’t qualify for charitable status.

A CRA-certified charity must “direct and control the use of its resources,” said spokeswoman Jelica Zdero, who cited agency policy in declining to comment on individual cases. “A charity cannot merely be a conduit to funnel money to an organization that is not a qualified donee.”

Adam Aptowitzer, a tax law attorney at Canada’s Drache Aptowitzer LLP, said Canadian charities may raise money and spend it outside of Canada but “must maintain control and direction over those activities and … show that they are not simply funding the activities of another organization.” Aptowitzer is representing Mountain Lake in its appeal.

Very often, he said, “there are problems proving that an activity being conducted with a partner is the activity of the Canadian partner, not the other” way around.

“A charity cannot merely be a conduit to funnel money to an organization that is not a qualified donee.”

For instance, Aptowitzer said, a charity can’t fund a museum. Its leadership must make an operational decision to fund a specific project and account for all the money spent. “When you are working with a TV station that is its own entity and is taking the cash and using it for its overall project, that has often been the problem,” he said.

In rejecting the appeal of the friends group affiliated with Vermont PBS, Canada’s Federal Court of Appeal in Montreal upheld the CRA’s ruling that the activities of PTAQ “cannot be reasonably interpreted as ‘advancing education through the use, creation, publication and distribution’ of educational materials, particularly since the Organization does not create or publish television programs but rather serves to facilitate broadcasting of programming developed outside its control and direction.”

The court’s ruling said the CRA’s initial audit showed PTAQ’s only activity in fiscal year 2006 was the purchase of four programs from Vermont ETV — Caillou, Arthur, PBS NewsHour and the Nightly Business Report. PTAQ sponsored the broadcasts and was recognized with underwriting spots.

In its written response, PTAQ argued that it retains “a high degree of control over its activities” and that its board of directors “determines the programming choices that it purchases and has control over the funds received from its donors,” according to the ruling. Neither the CRA nor the Court of Appeals was convinced by these assurances.

Mountain Lake’s legal challenge differs from Vermont’s. The charitable status of its friends group, Canadian Friends of WCFE-TV 57, was not revoked; the organization itself was annulled. That is, the CRA claims that the group should not have been created in the first place.

According to Nycklemoe, the CRA has objected to one overly broad sentence written into its application of incorporation 33 years ago.

Even if WCFE wins the case, Nycklemoe worries that the CRA could turn around and revoke the group’s charitable status, as it did with Vermont, “which would be a complete headache.”

As Mountain Lake’s situation plays out, Nycklemoe named human rights activist and fundraiser Ronit Yarosky to the new position of director of donor engagement–Canada. Based in Montreal, she’s been working over the past year on community outreach and joint projects. Nycklemoe also hired a sales rep to focus on Canadian underwriting, which increased 39 percent to $58,412 in 2016, but the boost in sponsorship wasn’t nearly enough to offset the drop in Canadian-member donations.

He and other station chiefs noted that the declining value of the Canadian dollar, which hit its lowest point against the U.S. dollar in 13 years in January, has also eroded donations.

As Mountain Lake PBS and other border stations consider ways to strengthen or renew their ties with Canada, several station chiefs said a new breed of friends groups could emerge that will be aligned with the CRA’s criteria, although it’s too early to say what form they could take.

“We’ve looked at that, and if it made sense we would go down that road,” said KCTS’s Dunlop. “We need to take it a step at a time.”

KCTS continues to have an underwriting relationship with PCPTA, which remains a registered nonprofit in Canada, and will continue to make annual underwriting grants to KCTS for children’s shows and other educational programming, Dunlop said.

Prairie Public Broadcasting in North Dakota, which attributes about a quarter of its members to an affiliated friends group in Canada, has so far steered clear of trouble.

“We do not own or operate or control anything within that organization,” said John Harris, president. “It has a Canadian board of directors. I am not on it.”

Harris said the group, Manitoba-based Prairie Public Television, supports specific national and local programs, as well as shows with Canadian themes such as Built On Agriculture, a recent tribute to settlers on the plains of Manitoba.

Buffalo, N.Y.–based border station WNED has created a unique model, with production facilities and office space in Toronto. The charity it works with, Central Canadian Public Television Association, rarely issues Canadian tax receipts to members. The station doesn’t encourage it, and only about 20 people a year request them.

CCPTA’s board will issue a Canadian tax receipt in hiring or acquiring services in Canada or to support a specific production involving Canada. None of the money ever leaves the country.

“We like [member donations] to come to the U.S. to support the acquisition of our core programming,” Boswell said. A Canadian receipt means the contribution must be earmarked for a specific project, “and we may not have enough things we can point it to.”

With 35,000 of the station’s 55,000 members living in Canada (the Toronto audience is five times that of Buffalo’s, Boswell notes), WNED expends considerable effort on productions with cross-border appeal, including Garden Wisdom for Western New York & Southern Ontario, Toronto’s First Family of Theatre, The Klondike Gold Rush, The War of 1812 and its follow-up, 1812 on the Niagara Frontier.

Battle re-enactors line up during production of WNED’s The War of 1812, a program aimed at the station’s sizable Canadian audience.

The CRA’s faceoff with U.S. border stations coincided with its enhanced scrutiny of charities in recent years, including audits of the political activities of charitable groups that triggered something of a national debate. But the political climate changed when the Liberal Party won a decisive victory in elections last October.

Aptowitzer, the Canadian tax-law attorney, doubts it. “I’ve heard that in many contexts, but I don’t believe it,” he said. “We are in front of the courts, and I don’t think the government will interfere.”